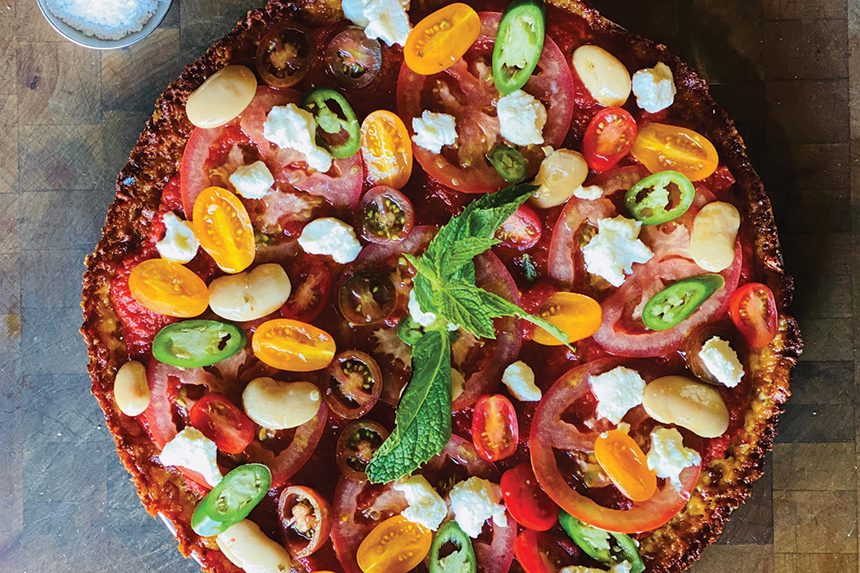 Over the last 30 years I traveled to Chicago many times. Pizzerias like Burt’s and Pequod’s made cast iron pizzas where the cheese was caramelized around the edges.  Eight years ago I introduced cast iron pizzas on my menu at Capo’s and they became an instant hit. We make several types, and for two consecutive years a cast iron won first place in baking at Pizza Expo. The first winner was Matt Molina. At the time competitors and pizza aficionados didn’t know what a cast iron pizza was. It was very similar to when Shawn Randazzo won for his Detroit pizza the year prior and a renaissance began.

Tomato season is here and my tomatoes came in early in my garden, so I picked some for this recipe. The combination of the variety of tomatoes, peppered goat cheese, fresh mint, simple syrup and caramelized cheese makes a delicious pizza. Enjoy. 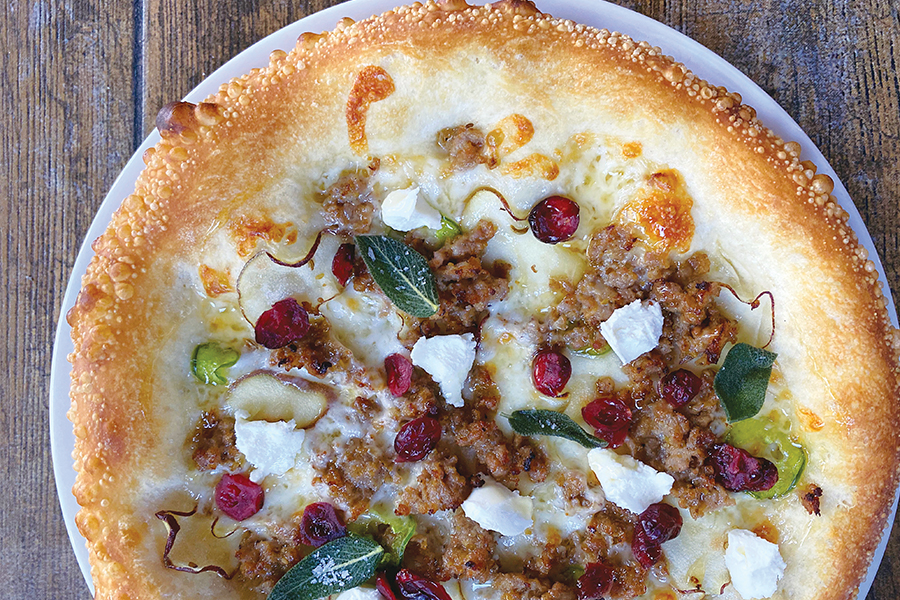 A Slice of Huggable Pie

Do you ever bite into a slice of pizza and say to yourself, WOW!!!?? That feeling of excitement, satisfaction and comfort takes over. It’s almost like a hug from a loved one. Most people will agree this time of year is great. It’s filled with mem

Print Roasted Eggplant Parmesan Grinder Author: Pizza Today Recipe type: sandwiches   Makes 4 grinders Note: If you are pre-cooking the eggplant for service, I heat up the inside of the grinder (eggplant, ricotta, sauce and mozzarella) 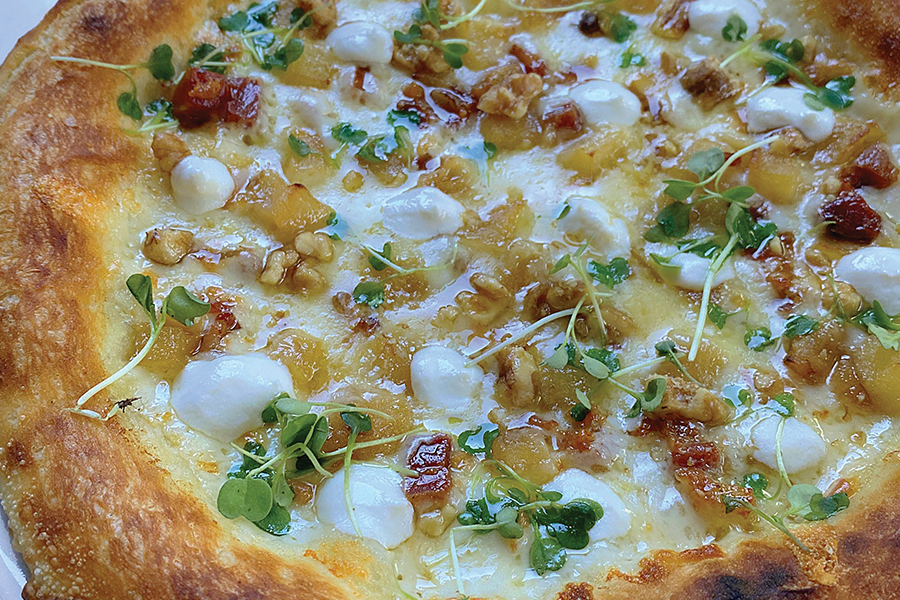 On Deck: Thankful and Grateful Pizza

We all have so much to be thankful for. I think I can speak for most of us when I say that the pizza life is pretty good. For me, fall is my favorite season. And this pizza really lets fall flavors shine.  I am sure most of you reading this have an 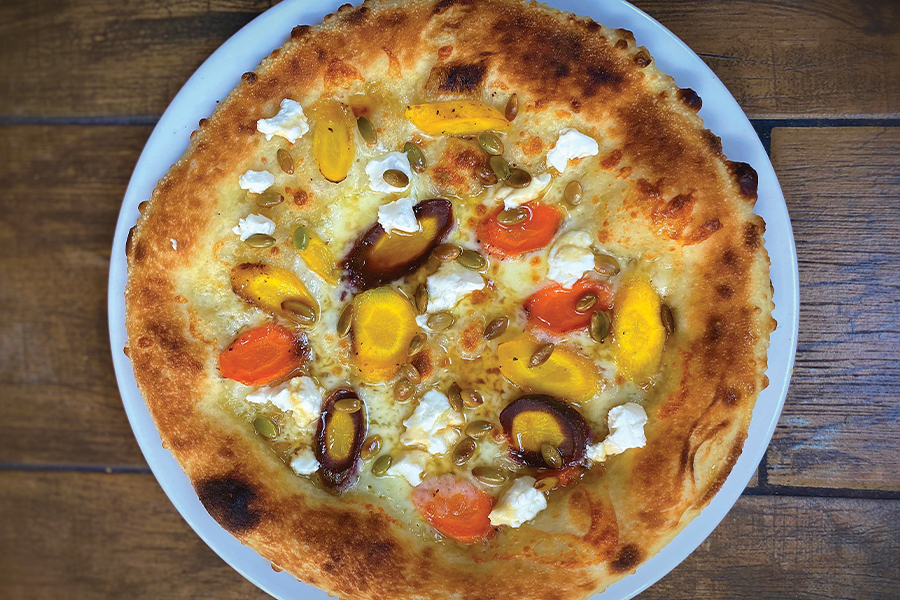 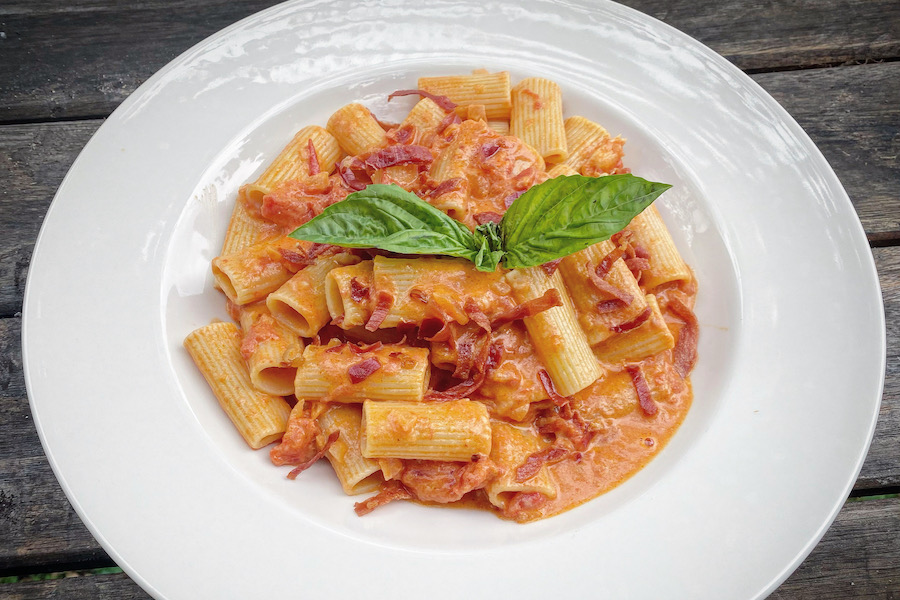 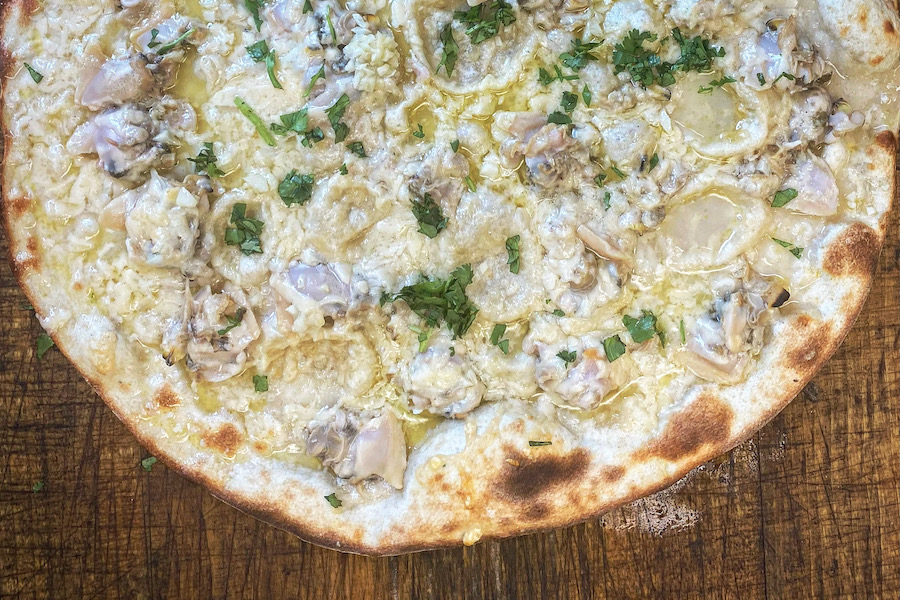 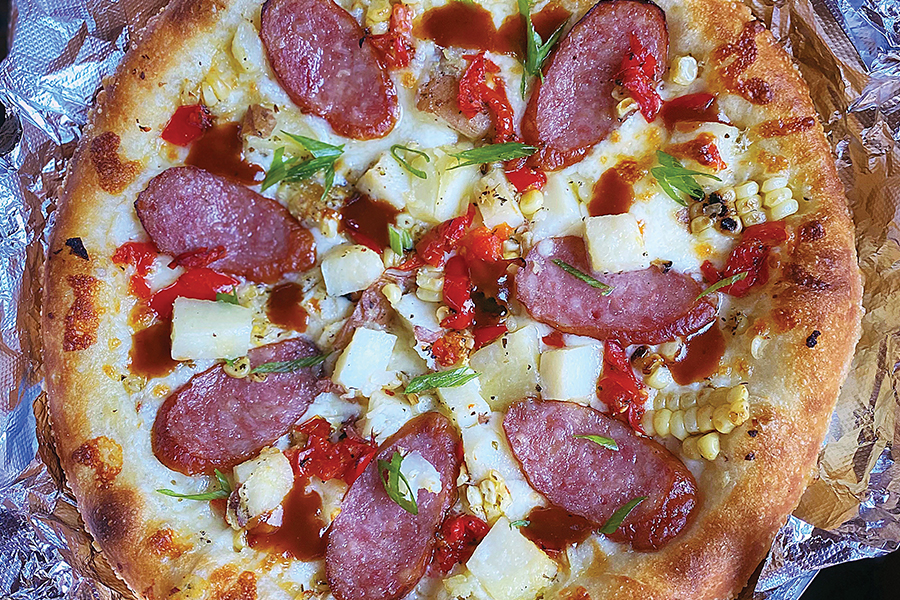 On Deck: The Whole Package Pizza

As we get closer to the end of summer, the evenings will start to get cooler and it’s finally time to light a fire in the backyard. One of my favorite memories of late summer nights were these “packages” that were made of kielbasa or summer sau
Loading...