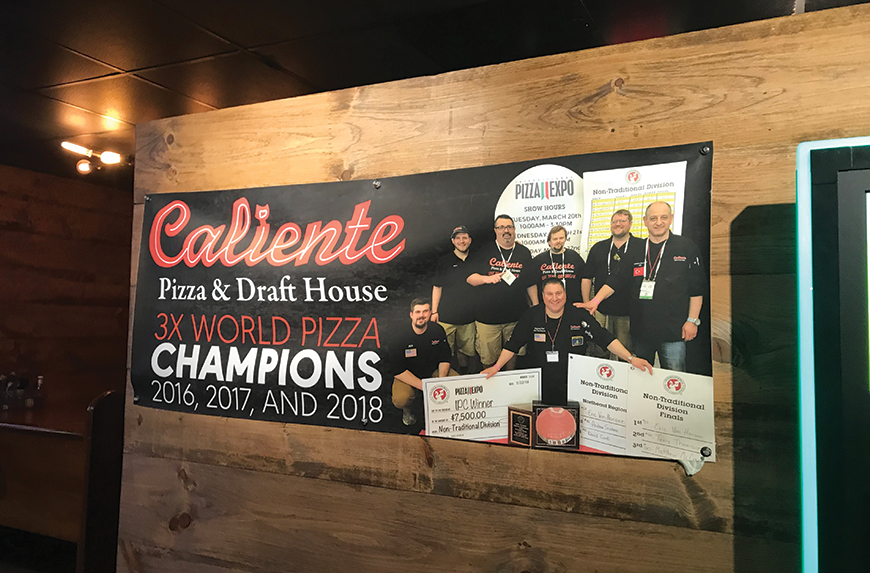 The fundamental steps of a sound marketing budget

When Keniey Sonley first joined Colorado-based Parry’s Pizza as its director of marketing in 2011, scant residue of a marketing apparatus existed.

“They pretty much did everything on their own and were decently successful with those modest efforts,” Sonley says of the then-four-year-old pizzeria.

As Parry’s ownership introduced more locations – there are now more than a dozen across three states – and solidified its emphasis on craft beer, however, Sonley pushed for more calculated action, including a marketing budget tailored to support the brand’s ambitious prospects. A marketing budget would foster more organized outreach, Sonley reasoned, and that would enable Parry’s to heighten its most successful marketing initiatives.

With a marketing budget in hand, Sonley then teed up ad buys, planned promotions and assembled creative assets, coordinated work that contributed to Parry’s steady growth and overall performance.

“In marketing, you should always be in front of everything,” Sonley says, adding that a thoughtfully constructed, fiscally sound budget should serve as a compass for marketing efforts.

“It helps you keep an eye on the steady, long-term health of your business,” Kirkland says.

The path to a marketing budget

“You want to know how much money you need, so you can anticipate and plan accordingly,” says Nick Makris, an associate professor in the College of Hospitality Management at Johnson & Wales University.

Still, many restaurants continue to overlook the importance of a marketing budget or struggle to account for its necessary components.

Quite often, restaurants brush aside a marketing budget as an unnecessary, burdensome effort. It need not be. To simplify things and determine a reasonable marketing budget, gather annual, quarterly and monthly sales figures. According to Makris, larger chain restaurants typically devote seven to 10 percent of total sales to marketing. In contrast, smaller, independent spots traditionally sit in the two to three percent range, though some might run as high as six percent.

“Those are good guideposts,” Makris says.

New restaurants will need to plan for more, however, as it is significantly more expensive to establish a brand than sustain it.

“Many new operators budget their funds just to get the physical plant open, then think the world will beat a path to them once the doors swing,” Kirkland says, contending that such passive efforts contribute to the high number of restaurants that close in their opening year of business.

A marketing budget typically includes traditional forms of advertising such as direct mail and print as well as digital marketing efforts like Google Ads or paid social media advertisements. Marketing often requires experimentation, testing different avenues before investigating what resonates. While paid Facebook ads might work well to generate orders of a limited-time menu item, print coupons on a grocery store receipt might drive traffic for a weeknight special.

“No one formula works for everyone, so expect to experiment,” Makris says, reminding that any marketing budget should also factor in updating and maintaining a website stocked with modern functionalities like online ordering.

When constructing a restaurant’s marketing budget, Sonley says it’s imperative to identify specific promotional targets and to know the traditional peaks and valleys of a business’ year. Now running his own Colorado-based marketing agency called Woken Eye, Sonley does a deep dive with each client that includes identifying instances in a normal calendar year in which the restaurant wants to use promotion to drive traffic and sales. This includes holidays, new menu item launches, anniversary celebrations, summer parties and sporting events.

Having this information handy allows the marketing budget to flex accordingly. For instance, a pizzeria might invest more marketing dollars into pumping up spring and summer catering specials whereas it might not need to devote as much capital to a Super Bowl promotion.

In addition, Sonley says a useful marketing budget will also outline available funds for each quarter of the year while simultaneously calling attention to when and where paid advertisements fall to avoid overlapping promotions.

Step 4: Go forth, track and pivot

With a thoughtful marketing plan in action, operators can then reallocate funds from the budget accordingly as the year progresses, cutting a planned investment on unprofitable marketing endeavors and redirecting capital to efforts that impacted sales. This, Makris says, is the way pizzerias capture the most bang for their marketing buck.

“By tracking and evaluating your current marketing investment, you can see what needs to change and target the marketing that brings you the greatest ROI,” Makris says, adding that even slim marketing budgets can stimulate impressive results when dollars are deliberately and strategically invested.

Why you need to think of marketing like a water pump

“Once the water is flowing, it takes relatively little effort to keep it going,” he says, “but if the pump is shut off or
allowed to run dry, it takes significant effort to get it primed and flowing again.”

Too often, Kirkland says, restaurants only turn to marketing when sales drop, using already scarce revenues to “jumpstart” the business. Such reactionary marketing, however, is frequently more expensive and less effective than a practice of steady messaging to customers.

“If you wait until business starts falling off to invest in marketing, it’s often too late,” Kirkland says.

Another common misstep: restaurants immediately slice their marketing budget when the business hits a downturn. Though a seemingly modest cut, it risks taking the restaurant off the consumer’s radar.

“Cuts to marketing will show up weeks and months later in the form of further reduced top-line sales,” Kirkland contends.