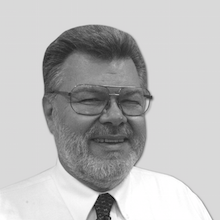 Q: I’ve heard that baking powder can be used in making pizza crusts. Is this true?

The most common type is referred to as “double-acting” baking powder. It is usually made using sodium acid pyrophosphate and mono-calcium phosphate, along with baking soda, to achieve the desired rate of leavening gas (carbon dioxide) production. As the name implies, the reaction comes in two stages. The first one is very fast — typically within just a couple of minutes — and is intended to help aerate cake batters. The second phase is later reacting (it’s triggered by heat) and is responsible for the bulk of the chemical leavening of a cake batter. This type of baking powder is not well suited for use in pizza dough for several reasons that we won’t go into here. Just know it’s not ideal for pizza dough.

The second type of common baking powder is what is referred to as a single-acting baking powder. This type usually consists of baking soda and sodium aluminum phosphate (for the acid component). It is much slower to react, so more of the leavening gas is produced as the pizza goes into the oven and during the early stages of baking. This contributes to increased/improved oven spring of the dough during baking.

However, the same problems exist here as with the double-acting baking powder: the soda portion can be lost or significantly reduced by pre-reaction. From this we can deduce that while common baking powders can be used, they really don’t work very well in this specific intended application (making pizza dough). Having said that, if you want to see where they are used most successfully, look no further than the refrigerated “tube” dough section at your local supermarket.

Still, there is another, newer type of baking powder — a fat-encapsulated chemical leavening system. While these can be custom-tailored to meet specific applications, the most common of this type is made using a neutralizing blend of soda and sodium aluminum phosphate that has been fat encapsulated as a means of protecting both the soda and acid portions from pre-reaction. The heat of the oven/baking melts the fat off of the soda and acid, allowing them to react in a much more predictable manner and allowing them to more fully react for complete neutralization of the acid component. This means that it will not have nearly the impact upon the flavor of the finished crust as a non-encapsulated leavening system/baking powder.

It is possible to make a fully chemically leavened pizza crust using a fat encapsulated leavening system. But since there is no yeast for fermentation, the finished crust will be devoid of the characteristic fermented crust flavor. In research that I conducted a good number of years ago when I was studying the application of chemical leavening in pizza crusts, I found that with the right dough formulation there might be an application for a fully chemically leavened crust in making certain types of dessert pizzas where a different flavor profile of the crust would not be as objectionable and in some cases might be desirable.

This brings us to the most popular use of chemical leavening in making pizza crusts. You can use a fat-encapsulated leavening system in conjunction with yeast (remember the fat encapsulation now inhibits the reaction between the soda and acids formed through fermentation). This allows for a dough that will exhibit all the advantages of yeast fermentation while still effectively retaining the encapsulated leavening system for reaction during the early baking cycle. The finished pizzas made in this manner will typically have a good fermentation flavor typical to pizza dough with little or none of the flavor characteristics common to the residual, unreacted leavening acid.

We can see examples of this type of dough/crust all around us today. At the supermarket you see it in the ever-popular “bake to rise” frozen pizza category. You also will see it in some of the “take and bake” pizzas being offered by pizzerias. I’ve even used it in the production of frozen pizza dough.

The main takeaway here is that chemical leavening can certainly be used in making pizza dough. Having said that, the dough application as well as the type of leavening system must be carefully considered. When all is said and done, it’s definitely not the most ideal to make pizza dough in a pizzeria setting.