If I had to choose between the best counter and phone person or the best pizza maker, I choose the best customer service rep. Pizza makers are made through a mentoring training program. You make and shape them into pizza assembly machines. On the other hand, I believe that CSR’s are a blend of training along with a big dose of traits that can’t be taught. The one that jumps fi rst to mind is friendly. Next in line would be: energy, enthusiasm, courtesy and common sense.

The folks on your front lines truly represent your business (and perhaps your entire life’s savings). If they act unprofessional, un-attentive, uninformed, ambivalent or cold this is how your entire organization will be perceived. Great CSR’s really understand what they do for the business. They have picked up a service mentality and realize that customers have choices and they are in a very important position of influence. 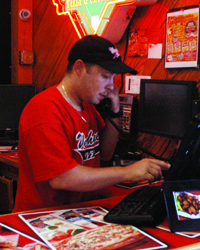 I can’t write much more without
mentioning my experiences with calling mega-businesses. They could be in our industry or any industry. I have called just about every kind of pizza operation from coast to coast. The majority of the time the phone is answered by a machine on the second ring. After being thanked I am asked to remain on the line for the next available operator. I’m then forced to listen to all of the daily specials and marketing blah…blah…blah. Finally, I’m greeted by a human voice blurting out, “Will this be a carry out or a delivery?” Personally, I have a problem with this. When I call a business I want to speak to a real person — real fast.

Here is a recent real-case scenario and point to ponder. A few weeks ago, I was doing some homework in preparation of an on-site visit to meet with the board of a small regional chain. I went to their web site and printed the menu. Like many pizzerias, they fail to print what diameter their pizzas are. The reason for my visit was to analyze and make recommendations to eliminate inconsistencies of pizza and entrée weights between each of their locations. I decided to enter their menu entrées into FoodCost Pro. I was going to have all of the specialty pizzas entered in advance of our meeting. All I would have to do is tweak their ounces per pizza portion sizes and their current pricing from their distributor. My advance calculations couldn’t be fi nished unless I discovered the size of their pizzas. 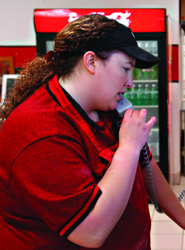 I called the first location on their Web site and asked the phone person what size, in inches, was their large. She replied, “Six, eight and ten slices.” I again asked her how many inches and she said, “Six, eight and ten.” I told her I didn’t think so. She then admitted she didn’t know. I asked her if anyone in the kitchen might know. She put me on hold and returned in a few minutes and said, “We’re pretty sure that the large is 14 inches. I thanked her and hung up the phone. I then called the next location listed on the Web site and asked the same question. I was told the large was 16 inches, the medium was 14 and the small was 12. I was still not sure what their large diameter was, so I called the third location. The phone was answered the same. “Thanks for calling XYZ Pizza, will this be pick up or delivery? I responded with just a quick question. It was Friday just before the dinner rush was about to kick in. I asked her the same question and got the same clueless reply. After putting me on hold she came back and told me she was pretty sure the large pies were 14 inches.

I went with the 14-inch. The following Tuesday, I walked into their flagship location and was amazed. The place passed my ‘fi rst impression’ test with flying colors. After introductions all around we went to work. I brought out my secret weapons for food cost control: my digital make line scale and a few rubber cheese portion cups. We made pizzas with and without the tools and quickly discovered how easy it was going to be to save over $10,000 a month by eliminating free throw cheese. I had a Columbo moment when I was about to leave and mentioned my experience when I called three of their four locations for sizing clarifi cation. They were surprised. I almost forgot about it because my visit that morning was near perfect.

Isn’t it ironic that the person on the phone or the counter sets the tone for the entire guest experience? They need to get to work and develop a training module for phone and counter people. It is possibly one of the most overlooked, undertrained positions in the house. When I owned Big Dave’s Pizza, my phone and counter people were highly trained, friendly and unfl appable. They would often process over 100 calls an hour and do it with complete menu knowledge. They could answer 99 percent of questions thrown at them and do it with a smile. I installed mirrors at the POS stations to remind them to smile. My lead lady on the phones had a name tag that read: “Sarah F. Director of First Impressions.” 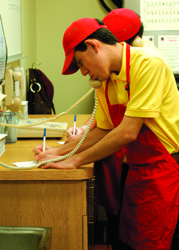 I hope you see that your operation can really get a leg up on any competition with a little commitment and dedication to the most important asset you have … your customer. Disable caller ID and call around. Rate your competition and then your own store. Ask a few general questions and see how everyone stacks up. ?

Big Dave Ostrander owned a highly successful independent pizzeria before becoming a consultant, speaker and internationally sought-after trainer. He is a monthly contributor to Pizza Today and leads seminars on operational topics for the family of Pizza Expo tradeshows.