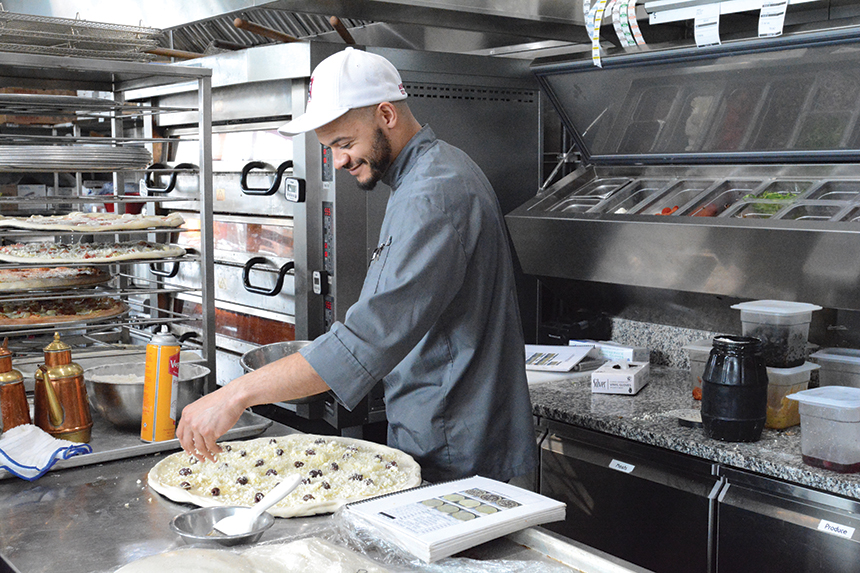 One of the nation’s largest private-sector employers, restaurants have long celebrated their role in promoting opportunity and diversity among the ranks.

And in so many ways, it rings true. Kitchens, counters and dining rooms at restaurants across the country are manned by individuals representing different races, ethnic groups, religions, sexual orientations and cultures, while the industry is rich in stories of individuals ascending the professional ladder.

Point 1: The restaurant industry stands among the nation’s most diverse work sectors with minorities filling 47 percent of all positions, according to National Restaurant Association (NRA) data.

Point 2: Forty percent of restaurant businesses are majority-owned by minorities while two out of five managers and supervisors are minorities, reports the NRA, which touts greater minority leadership than any other sector of the U.S. economy.

The last year, however, has put diversity squarely on the docket of U.S. businesses. With social justice movements and consumer sentiment compelling a more thoughtful, critical look at labor and power structures, many businesses, including restaurants, have looked more deeply at diversity, equity and inclusion (DEI) inside their operations.

The value of workplace DEI

A growing amount of research literature ties workplace diversity to improved business performance, while there also exists growing support for businesses that pursue heightened diversity and representation with thoughtful initiatives.

In an oft-cited 2019 study published in the Journal of the National Medical Association, researchers found “positive associations between diversity, quality and financial performance,” including “improvements to innovation [and] team communications.” Other research, meanwhile, has noted the impact of workforce diversity on analytical thinking and innovation.

“When work environments are homogeneous, you don’t have the best of everyone,” says Kathleen Wilson-Thompson, the former head of human resources for Walgreens Boots Alliance and Kellogg who now helps companies unlock human potential and drive more diverse and equitable workplaces as a consultant.

A more diverse workforce can also help a business attract and retain employees, a particularly important reality given the industry’s notoriously high turnover rates and training costs. A 2020 survey from Manifest found that 70 percent of job seekers want to work for a company that demonstrates a commitment to diversity and inclusion. This rings especially true for younger generations, who, having grown up in a more diverse world than Boomers and Gen X, largely see DEI as a business imperative.

Millennials and Gen Z not only want to work for companies committed to DEI, but are also choosing to spend their money with those who share their values. A recent study from Accenture focused on the retail sector – a worthy restaurant industry parallel – found that 54 percent of younger Millennials believe retailers have a responsibility to address wider social and political issues with regards to diversity, while more than half reported that they were more likely to shop at a retailer that demonstrated awareness of such issues. Nearly one-third, meanwhile, said that staffing diversity influenced their shopping decisions.

The takeaway? If a business is not genuinely committed to DEI, then it could fail to reach its potential, struggle to attract and retain talent and see consumers take their dollars elsewhere.

Given the tumult COVID-19 delivered, wherein 6 million foodservice jobs vanished at the onset of the pandemic, Wilson-Thompson reminds that restaurant employees enter a “new world order for labor.” As economies continue to reopen and dining rooms reacquaint themselves with guests, it is important restaurant workers feel appropriately trained and supported to deal with new regulations, rules and policies. While staff training might not be universally equated with DEI, Wilson-Thompson contends it stands just as critical a part of creating a stronger, safer work environment.

“How we bring these people back into the workplace matters,” Wilson-Thompson says. “To throw people out there without the necessary training invites issues. Restaurants need to help their people feel equipped for this and to think about the well-being and safety of themselves and others.”

Thereafter, Wilson-Thompson urges DEI-minded employers to consider how they advertise, interview and onboard employees, including asking – and listening to – feedback from current employees about their experience. She suggests leadership remove any barriers to entry, resist pigeonholing certain types of people into specific roles and provide management appropriate training to deal with workplace conflicts.

“If you don’t reflect on the entire lifecycle of your employees and the mechanics of this, then you open yourself up to complaints,” says Wilson-Thompson, adding that even a massive corporation like Walgreens conducted listening tours to better understand frontline worker issues. “The top doesn’t have all the answers, which is why it’s so important to survey your workforce and listen to what they have to say.”

Listening to employees, valuing their feedback and making tangible change to create a more responsive work environment stands an important step toward inclusion, which Wilson-Thompson defines as “respecting and valuing
employees.”

DEI also extends to respecting each individual’s unique qualities and identifiers and treating everyone equally. (While DEI is most associated with race, Wilson-Thompson reminds that diversity encompasses all different facets of one’s identity from religion and age to family dynamic and work experience.)

Wilson-Thompson urges restaurant leadership to provide the same opportunities to everyone. Consider who gains access to certain training opportunities or positions within the company and seek to broaden participation rather than limiting it.

“You don’t want to be doing things differently for different people,” Wilson-Thompson says. “If you really want to change the paradigm, then you need to remove any barriers to entry.”

So many businesses, Wilson-Thompson acknowledges, have their heart in the right place regarding DEI. They draft wonderful plans and put them on the wall, but then forget about them. She encourages restaurants to create an action plan rooted in their corporate culture and values set. This enables a business to move away from “checking boxes” to a more holistic and tangible DEI program with measurable results and real impact.

“You want to create a safe, accessible workplace where employees can thrive,” she says. “That’s when you create more diverse, equitable and inclusive work environments where everyone – the business, the employees and the customers – wins.”