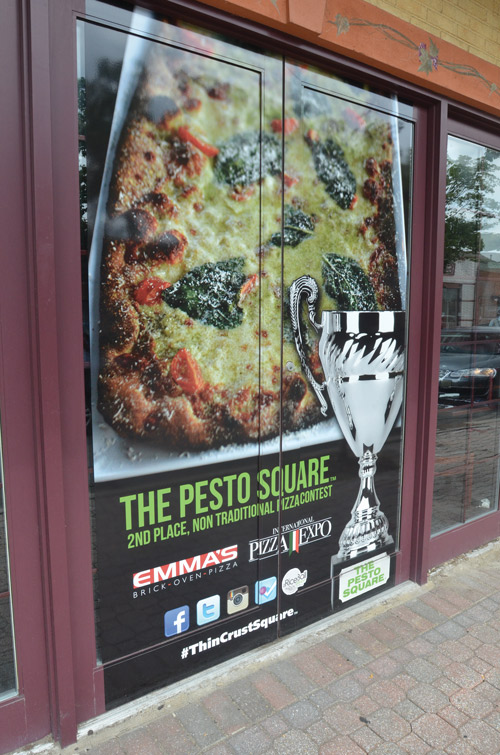 How to best protect your recipes and trade secrets

The headlines alone are enough to seize the attention of pizzeria operators who have toiled to define and distinguish their concept.

“Pizzeria owner sues competitor, saying he stole family recipes,” reads one from The News-Herald in Cleveland.

“Pizza War: Colony Grill owners cry foul over imitators’ use of ‘secret’ recipe” blares another from the Stamford Advocate in Connecticut.

For pizzeria operators who pour their soul into creating and building their business, the thought of a competitor stealing recipes and other trade secrets stands a real worry. With such information in hand, a competitor can then capture market share and strengthen its business while weakening the original eatery.

Frustrating and unfortunate as that might be, the victimized pizzeria might have little recourse. Quite often, the problem is the result of leadership’s own missteps or the expense of litigation makes even warrantable legal action prohibitive. The only real course of action many have is to simply defeat the offender in the marketplace.

“The practical problems that happen after you suspect someone has stolen your intellectual property are what make this issue a real concern,” says Michael Weil, an attorney in the San Francisco office of Orrick, Herrington & Sutcliffe who specializes in trade secret litigation.

One of the most common fact patterns attorney Peter Afrasiabi encounters in litigation is past employees leaving, starting their own business and using perceived trade secrets from their previous place of employment to launch their own venture.

“It’s common across all industries and happens to any business that’s profitable,” says Afrasiabi, a trade secret, intellectual property and copyright attorney with One LLP in southern California. “Employees see margins, owners making money and think they can replicate that, and, frankly, there are things the company could have and should have protected better.”

While a competitor cannot steal something like a business name, Afrasiabi says “softer things” can be vulnerable –– the “secret sauce” of a business such as recipes, customer lists and pricing secrets that give the operation its competitive edge.

“And these can be incredibly valuable,” Afrasiabi reminds.

Both Weil and Afrasiabi urge restaurant operators to take proactive steps to protect their trade secrets.

“Because if you don’t take steps to protect (trade secrets), then you may not have a claim,” Weil says.

He adds that operators should first reflect upon their intellectual property and identify the characteristics that distinguish them from their competition.

“Then, you can understand where to put your resources and how to treat things,” Weil continues, noting that Orrick’s Trade Secrets blog carries information for business owners interested in learning more about trade secrets.

“You want people to agree that the processes they learn, the marketing, sourcing, pricing, customer lists and so on are all confidential to the company,” Afrasiabi says.

In the event of a suspected breach, pizzeria owners can then point to a signed contract and argue that the employee agreed that certain, specified elements of the business were indeed proprietary to the operation.

“A signed contract is a potent pill,” Afrasiabi says. “Without one, (legal) arguments are more difficult and defenses more readily available because there’s greater uncertainty.”

In the event a pizzeria owner wants to claim trade secrets, the law mandates that the business owner safeguard sensitive information. Some go to great lengths to accomplish this, including, most notably, KFC. The New York Times reported that the famed Colonel’s Original Recipe is locked in a company safe and its ingredients “known only to a handful of employees who have signed confidentiality pledges.”

Pizzeria owners must hold their prized trade secrets tight. Practical steps include only disclosing information on a need-to-know basis, having nondisclosure agreements and keeping treasured information in a secure location such as a vault or on a password-protected computer.

“If you don’t take these steps, the law is less likely to see particular things as a secret. You want to be able to point to a historical record,” says Afrasiabi, whose One LLP firm offers three downloadable manuals for small business owners providing an overview of trade secrets and copyright law.

Of particular note, recipes could have trade secret protection if they contain secret ingredients others cannot figure out, Afrasiabi says, though copyright law does not protect recipes as a list of ingredients.

“Recipes are much harder to protect unless there are very unique quantities, rare spices or other unique variations to the method or process of preparing,” Afrasiabi says, adding, however, that the law rarely provides significant protection when a presumed trade secret is “tweaked” for a new use.

Naming Rights: The advantages of securing a trademark for your restaurant name

Given what restaurant owners pay to create signage, menus and marketing materials, attorney Peter Afrasiabi says they should also investigate trademarking their name.

“If it’s worth opening and investing in a restaurant, then it’s worth it to get a name that’s yours,” he says.

A unique name with trademark protection can be secured for under $1,000. With that federal trademark in hand, no one can open a business under the same name anywhere in the country.

On the front end, Afrasiabi says, this pays off as affordable insurance. In the long term, the trademark provides the business, particularly growth-minded brands, something tangible and controllable.

“A name you own and control can be incredibly valuable to the business … and though you might not have plans to get big, you never know what’s going to happen,” Afrasiabi says. “It’s just smart business to protect yourself.”