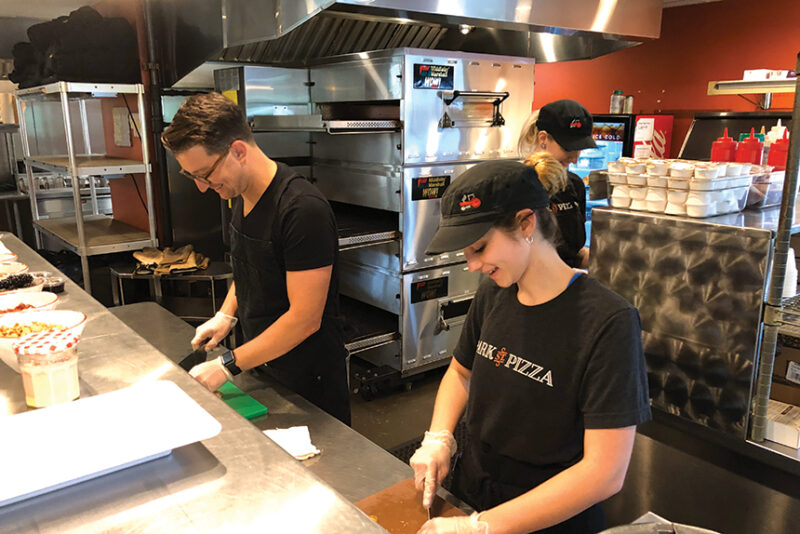 The biggest secret in the pizza industry is not a sauce recipe but a human resources question: what do employees really want? Do employers really know what workers want? While that sounds like the setup for a joke – the punchline would be some variation of “more money,” or “not to work,” – pizzeria owners are not in a laughing mood. It has been difficult to guess what workers want, and raising wages has not solved the mystery of how to attract workers and help them thrive.

There has been much research on employee expectations, especially on what young workers want. One study from the Novak Leadership Institute at the University of Missouri and Kansas State University found that workers ages 21 to 34 place more value on respectful communication than on fun perks. (Incidentally, the Novak Institute was endowed by David Novak, a retired CEO of Yum! Brands.) Research from Gallup notes that millennials and Gen Z want employers that care about their wellbeing, are ethical and transparent leaders and provide a diverse and inclusive workplace. Meanwhile a survey by the small business network Alignable found the top expectations among employees are flexible hours (22.6 percent), and financial compensation (21.5 percent).

There are also pandemic-related expectations. A recent Harris Poll found that 47 percent of adults said they would be more likely to accept a job offer from a company that has an employee vaccine mandate. Of those, 59 percent cited “increased comfort interacting with coworkers,” and 58 percent cited “a sense of personal safety” as the reason.

The pandemic helped the leadership at Pizzeria Lola in Minneapolis figure out that employees wanted to eliminate the wage gap between front and back of the house. Much of the team was laid off at the start of the pandemic, and the remaining staff worked when the restaurant offered takeout only, and everyone earned the same flat hourly wage. Later, Pizzeria Lol a reopened with full service, and implemented 21 percent surcharge instead of tipping. The amount is distributed among all workers, and the results have been positive.

Pizzeria Lola’s compensation model is one example of the business’s shared facilitator leadership. Employees are encouraged to ask questions, share suggestions and offer input for a range of issues. “The bosses aren’t calling the shots,” O’Brien says. “We make decisions collaboratively with the employees it affects. It’s a two way dialog and a high level of engagement.”

O’Brien adds that workers want more than fair wages. They also want stability. For example, they don’t want to call in sick and worry that it will result in getting less desirable shifts in the future, or otherwise losing status.

While wages get much attention in the current environment, engagement is important. Communicating with employees is crucial to helping workers, and the employer, thrive. “The mistake business owners make is deciding in a boardroom with their chief people that this is what people need,” says Kathleen Quinn Votaw, founder and CEO of TalenTrust, a recruiting firm in Denver. “They haven’t even asked what they need.”

Restaurant owners might find that employees want to work shorter shifts, or they might want to be involved in
decisions that affect their daily tasks. More broadly, they want a feeling of community, and they want to work somewhere where they want to be. “It’s not about money,” Quinn Votaw says. “Most workers will take 10 percent less compensation if they feel respected, welcome, cherished, and that they matter.”

They also want flexibility, as many workers have other jobs and schedules. “We’re in a gig economy,” Quinn Votaw says.

Others maintain that employee expectations are more mundane. “It depends on if you’re talking about salary or hourly employees,” says Jason Berry, founder and principal of KNEAD Hospitality + Design, a restaurant group in Washington, D.C. “The hourly employees want a job, to get paid on time, and to go home when they want to go home.”

The company’s restaurants include Kneadza Pizza and other concepts with schedules ranging from early morning bakery/breakfast to dinner. Berry says employees, especially servers, want to work early in the day. “People want the opportunity to work breakfast and make good money,” he says. “It’s not as hard to find those people. Everyone is competing for dinner cooks, dinner hosts. That’s the challenge.”

Another challenge is that employees might find certain benefits to be less valuable than management thought they would be. KNEAD Hospitality offers health insurance to employees, and shortened the waiting period from one year to 90 days. Less than half of workers signed up. “Most everybody is young,” Berry says. “They don’t think they will die or get sick.”

Employees have other things on their minds. “The majority of people want three things: a fair wage, a safe and inclusive environment and potential for career development,” says Miller Mobley, founder and co-owner of Slim’s Pizzeria in Birmingham, Alabama. “The people we hire desire an environment that encourages mutual respect, clear communication, and freedom of self-expression.”

Slim’s, which opened earlier this year, tries to take care of staff needs. “We believe if they are happy and feel taken care of, they will in turn take excellent care of our valuable customers,” Mobley says.

Maybe it is about pay

More commonly, though, employees want something else, and it helps to listen to the questions applicants ask during the interview. “We don’t believe there is a labor shortage,” says O’Brien, from Pizzeria Lola. “There is a mismatch of needs, and not finding common ground.”