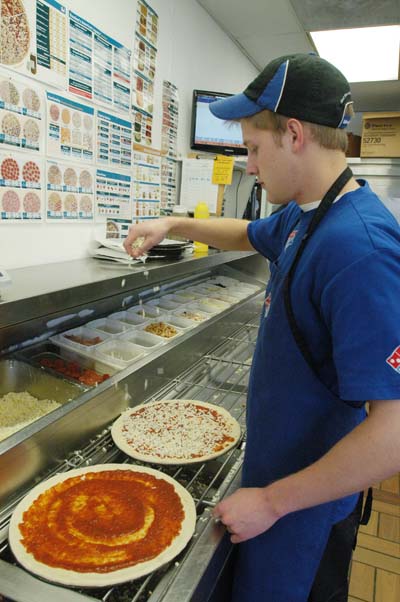 As the story goes, John Schnatter parlayed the sale of his beloved 1971 Chevy Camaro into a pizzeria empire and one of the world’s most well known franchised businesses.

While lots of dreamy-eyed operators envision becoming the next Schnatter, the path to franchising bliss isn’t as satisfying for every restaurant entrepreneur. For every Papa John, there’s a graveyard full of faltering franchisors who failed to take stock of their willingness and wherewithal to sell, train and service franchise partners.

For expansion-hungry restaurateurs, franchising is the quickest and, many will argue, least risky way for a pizzeria concept to grow. By leveraging the capital of others, not to mention their HR infrastructure, franchisors accelerate expansion without tying up significant amounts of cash or relinquishing equity. (They do, of course, send 94 to 96 percent of restaurant revenue back into franchisees’ pockets to accommodate that accelerated growth).

Yet, franchising is no slam dunk. Any operator contemplating the play must deeply and thoughtfully consider the efforts required and the immense early work that must be completed to create a sturdy franchise foundation.

“This can’t be ready, aim and fire or you’ll shoot yourself in the foot,” says Mark Siebert, CEO of the iFranchise Group, an Illinois-based franchise consulting firm. “When it comes to franchising, you need to make sure you’re teeing things up properly.”

Siebert and other franchise experts share the critical first steps to building a sound franchise.

Step 1: Perform a sincere self-assessment. Franchising isn’t about the greatness of the pizza or royalty collections. Above all, franchising is about nurturing entrepreneurs and putting them in a position to succeed with the proper tools and resources. Franchisors help their partners find sites and negotiate leases, provide marketing collateral and counsel, help them navigate shifting industry dynamics and more.

David Omholt, who heads The Entrepreneur Authority, a Texas-based consultancy that helps franchises take flight, knows a lot of restaurant operators who are wonderful, creative people, but don’t much enjoy training and mentoring.

“You need to be committed to relationships and cultivating talent so people can learn to run the business. If not, then franchising’s not for you,” Omholt says.

“So many get into franchising with a ‘me, too’ mindset, but you need to look at franchising through the lens of a franchisee and build a program that will be franchisee friendly, not one that simply maximizes your dollar,” Omholt says. “In franchising, both parties need to win.”

To assess the potential ROI, franchise consultant Kay Ainsley suggests owners look at each of their existing units and assess each restaurant’s profitability after the restaurant would be forced to pay a year’s royalties and associated franchising expenses.

“If the franchisees can’t make money, then the whole system can collapse,” says Ainsley, a managing director with MSA Worldwide.

Step 3: Secure a trademark. Any prospective franchisor should visit the U.S. Patent and Trademark Office (www.uspto.gov) to make sure their name and slogan can be trademarked. If not, a rebranding might be in order before continuing down the franchising path.

“While rebranding isn’t the end of the world, it’s certainly something you want to know before you get too invested in the process,” Omholt says.

Step 4: Have the necessary capital in place. Far too many aspiring franchisors head into the franchising game sans the capital to build a comprehensive, responsive system. Ainsley says it is absolutely crucial owners have the cash to produce operating manuals, market the concept to prospective franchisees and install thorough training programs.

“You simply cannot count on your next sale to pay the bills, which might force you to take people into your system that you wouldn’t otherwise consider,” she says.

Siebert adds that far too many would-be franchisors also overlook the value of hiring an attorney who understands the franchising industry and the necessary legal steps business owners must take to build, sell and direct franchises.

“This is not something your brother-in-law can do for you just because he’s an attorney,” Siebert warns.

Detailed operations and training manuals, which can run up to 500 pages, should be expressly written for the franchising concept. Recording streamlined policies and procedures on everything from purchasing to food production will help franchisees optimize the success of the business and breed consistency across the system.

“Franchising is about replicating and scale, so you need a sound system that can be repeated again and again,” Ainsley says.

Tip: The future of the franchise

Though seemingly odd to craft an exit strategy just as a restaurant’s franchising efforts are underway, franchise consultant Kay Ainsley calls looking years ahead vitally important.“Consider your end game,” Ainsley says. “Do you envision running this for decades or do you plan to build the brand and then sell it off?”

Ainsley knows of many franchisors who failed to think through the evolution of their businesses and suffered from restrictive contracts limiting their potential. As one example, Ainsley recalls an ice cream concept that granted three-mile exclusive territories to its franchisees. That single move prohibited the company from selling any of its branded frozen products in retail outlets within those territories, a blow to the company’s overall revenue and brand awareness.

“Look ahead and think about anywhere you might want to go,” Ainsley says. “If you’re even considering things like frozen product or nontraditional locations, then note those particular areas in your franchise agreement.”