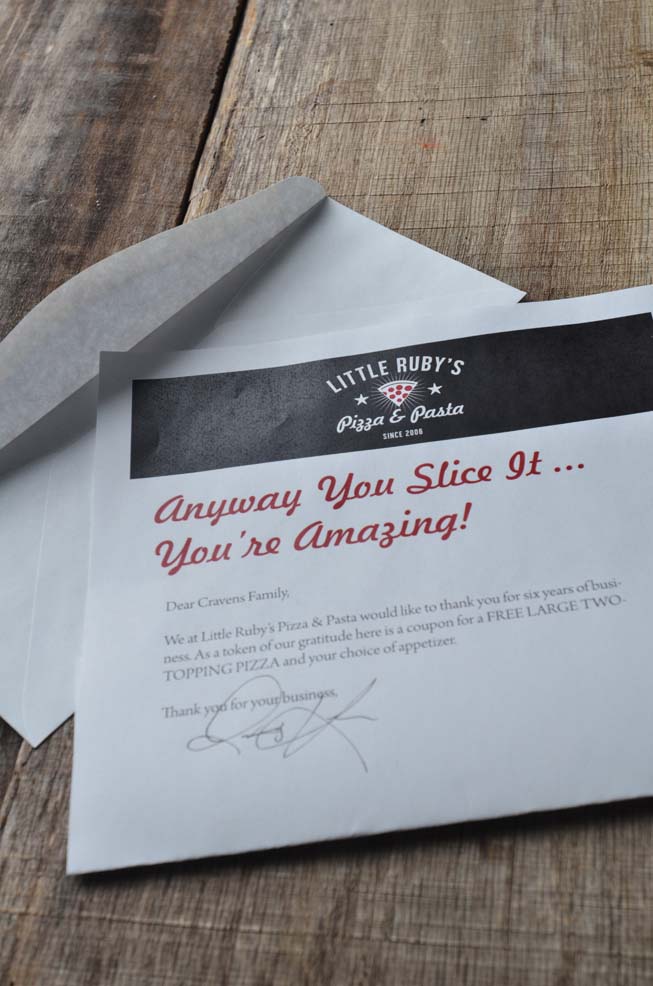 The Power of ‘Thank You’

The Power of ‘Thank You’

We speak a lot about emotional triggers in the psychology of marketing. What is more emotional than feeling appreciated? Bring your wife flowers on her birthday or bring her flowers just because you love her on a random Wednesday? What will get the best ROI? Why is this so true?

Harvard University studies were conducted to see if the simple concept of saying “thank you” was a genuine social trigger. In the study, a student asked his fellow students to participate in a survey. After the survey was complete the group was sent a request to participate in a further survey. Half the group was sent a “Thank you” letter along with the request. The group that was shown appreciation had a 66 percent rate of further participation. The other group, which was asked but not thanked, had only a 32 percent response rate. Furthermore, those who were thanked were 100 percent more likely to respond positively again.

Taking it one step further, the group was once again asked to help out in a third survey from a completely different student. Half were asked along with a “thank you,” and half were just sent a request. An astounding 55 percent of those thanked were willing to freely participate for yet a completely different anonymous student, while 25 percent remained neutral.

Those who were repeatedly shown appreciation were twice as likely to help others. The Harvard study quantifies the power of simply saying “thank you.” It has come to be known as the Gratitude Effect. The professor conducting the study concluded: “The message….is that a lot of these forces happen even though we are unaware of them. People might just not realize how powerful expressions of gratitude are.”

Such social triggers delight our customers. Saying “Thank you” is an opportunity to get consumers to behave in ways you want them to repeat. Don’t miss that opportunity. Take the time to thank people who make a difference in your business. There may be only one day a year devoted to giving thanks. But expressing thanks regularly (year ’round) and doing it well is one of the most profitable business strategies you can have.

I have been applying this principle for several years with great results by sending “thank you” cards in November instead of the traditional holiday greetings. While everyone else is gearing up for the holiday season I want my business to stand out from the crowd. I use my POS to sort out my best customers: Who spends the most? Who does not use coupons when ordering? Whose orders are above the ticket average…?  This way I cut my database of 12,000 to the 200 or 300 customers from whom I really make money –– the old 80/20 rule at its best.

So I send them a card, acknowledging them as preferred customers and thank them for their loyal business. I also include a special bounce back offer.

Most importantly, I mail these in mid-November. I want to stand out from the crowd. I do not want my mail to just get mixed in the Christmas overload of cards “I had to send.” Guess what? It works. I am not just another “Season’s Greetings” message. Instead, I am sending a message of sincere appreciation that sets off emotional triggers. Thank you’s are undated and can be sent at any time. Choose a time when it will get noticed and when people are spending. Zig Ziglar once said: “The more you are grateful for what you have the more you will have to be grateful for.” My “thank you” cards make my customers feel special and I will see nearly 80 percent of them redeemed.

Crafting a “thank you” seems to be a lost art.  Develop the profitable habit of saying “thank you” to your customers by following these tips:

Medical studies show that people who express gratitude have improved mental alertness, cope better with stress and daily challenges, feel happier and are more optimistic maintaining a brighter view of the future. Isn’t that the person you want to be? Isn’t that the person you need to be to successfully interact with staff and the public? Having problems at work? Be grateful for challenges, and learn from them — they make you a better operator.   Gratitude reminds you of what’s really important in life. The feeling of being grateful motivates you to thank others. The simple act of saying “thank you” to someone can make a big difference in that person’s life.

Thank you, grazie, merci, gracias, danke, mahalo…no matter how you say it, all express the attitude of gratitude. Implement these tips and your business will likely say “thank you” back to you as you increase your profits year-round.

Scott Anthony owns Punxsy Pizza in Punxsutawney, Pennsylvania. He is a speaker at International Pizza Expo.