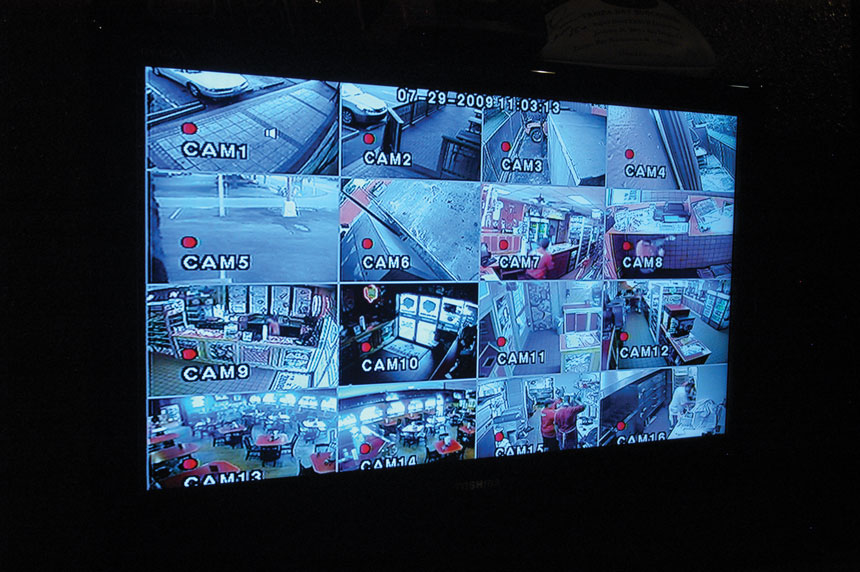 Pizzeria owners want to build a safe environment for employees and customers. For a restaurant, the challenge is that the establishment is open to the public, so staff members are at risk for anything from hostility from irate customers to people getting into altercations to an active shooter. While the latter scenario is one of low probability, workers need training on emergency planning, threat assessment and response protocol. There are many resources, some of which are free, that can help workers stay safe by being prepared.

“The most common mistake we are seeing of late is employers only planning for how to respond when violence is actually occurring,” says Isaac Monson, senior risk consultant for the Chicago-based insurance brokerage HUB International Limited. “An example of this would be training employees to ‘Run, Hide, Fight’ in an active shooter incident and thinking that means they have a workplace violence plan in place.”

“Run. Hide. Fight.” is a protocol that the U.S. Department of Homeland Security recommends for government employees to protect themselves in an active shooter situation. The phrase comes from a video that the City of Houston posted online a few years ago, to instruct people on what to do if someone enters the premises and is shooting a gun. Over the years private, for-profit companies have developed their own fee-based videos, catchphrases and acronyms related to mass shootings. While many of the tips can be helpful, there are other things employers must have in place to keep workers safe.

While catastrophic events gain much media attention, other incidents are more likely to occur. According to the U.S. Department of Labor, the four most common perpetrators of workplace violence are robberies and other crimes, actions by frustrated or dissatisfied customers, acts by disgruntled co-workers or former co-workers, and domestic incidents that spill over into the workplace.

All four of these should be covered in any violence prevention and intervention program, Monson says. The program should include how to identify early warning signs of potential violence, and how to respond to threats of violence. “Assessing and managing concerns and threats of violence early and partnering with local law enforcement and/or security professionals can de-escalate situations and lessen the likelihood of violence occurring,” he says.

That means having a plan for certain scenarios, such as how to terminate a problematic employee, how to respond to an employee who mentions that she is scared a violent ex-husband may show up at the restaurant, or how to deal with two conflicting employees. “Awareness, planning and staff training can lessen the likelihood of violence occurring,” Monson says. “But there should still be a plan in place for an emergency response if an act of violence does occur.”

Unlike offices or manufacturing facilities, restaurants cannot close their doors to the public to keep employees safe. “That’s the reason they are hit much harder by this issue,” says John Dony, director, Campbell Institute at the Itasca, Illinois-based National Safety Council.

Being proactive or looking at factors that Dony says are upstream of the incident, can help. Employees can take de-escalation training to learn how to diffuse a potentially dangerous situation by using verbal skills and nonphysical tactics. There is also mental health first aid training, which covers listening, assessing and interventions. “We look at it as a systemic sort of spectrum, how you manage this risk,” he says. “The biggest factor is lower levels of violence, bullying and altercations, not guns and knives.”

The NSC and other organizations offer onsite and online training, and there are also various free online videos and other resources from insurance companies and others. “As with any training, doing something is better than nothing,” Dony says.

The NSC has an initiative, Work to Zero, and released a report, Safety Technology 2020: Mapping Technology Solutions for Reducing Serious Injuries and Fatalities in the Workplace. The report made recommendations for certain technologies that could help keep workers safe, such as video cameras, wearable or app-based panic buttons, and mobile apps that utilize the location tracking and communication functionality of workers’ phones, so responders know where the worker is located.

Businesses often have low-tech response protocols, including a plan for what to do during and after an incident. The plan should have details such as where to meet in the event of an evacuation. Employers must make sure workers get medical attention and mental health services and must contact their workers’ compensation insurance provider to find out about medical bills, days off and other issues.

In restaurants, the top three ways workers get injured are cuts, falls and strains, says Michael Hayden, safety services supervisor for Pinnacol Assurance, the largest workers’ compensation company in Colorado. “Four would be ‘struck by,’ and that’s where we would classify violence,” he says. The source could be a falling object, or a fellow worker.

One factor that can help prevent an incident is to have clear policies and practices around hiring, which includes conducting background checks, checking references, and continuing the job search if the applicant has constant job hopping or other red flags. “Don’t bring on the person because you’re desperate,” says Todd Faubion, chief security and fraud prevention officer for Pinnacol. “When we are coaching on hiring, there are things we want to be mindful of, such as a person’s ability to tolerate frustration. We want employees who have elasticity and a mindset that when things don’t go their way they don’t turn to violence.”

Domestic violence is an important factor to be aware of with employees. An abusive spouse or former intimate partner often does not know where the estranged person lives, but they know where they work, so they might look for the victim there. “Encourage employees to report this to management so at least we know something is on the radar if the person comes in, and how to interact with that spouse and what to do,” Faubion says.

Keeping employees safe from violence is as important as teaching knife skills or food safety and should not be overlooked in the busy day-to-day. “The mistake is to take it lightly,” Hayden says. “Set up a formal program, and make sure it’s documented.”