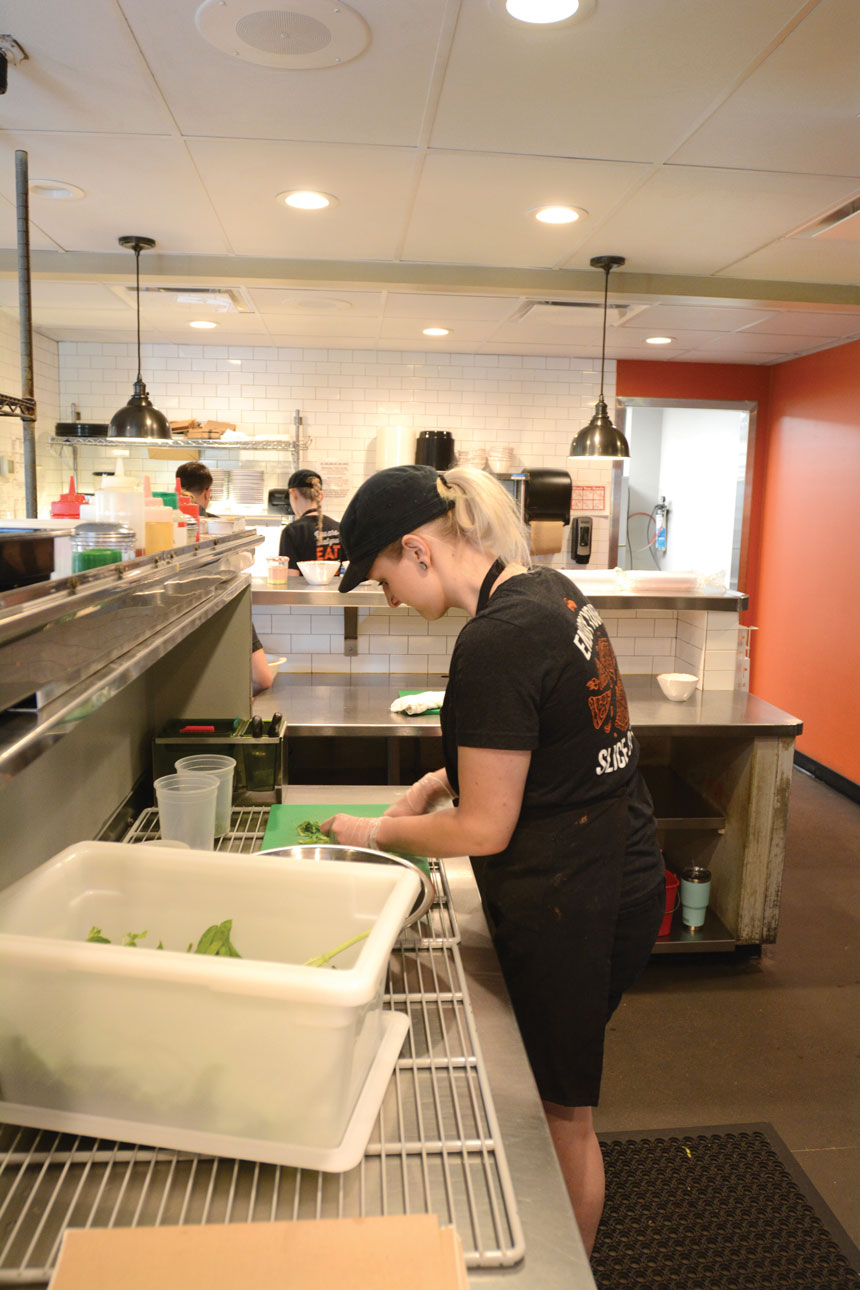 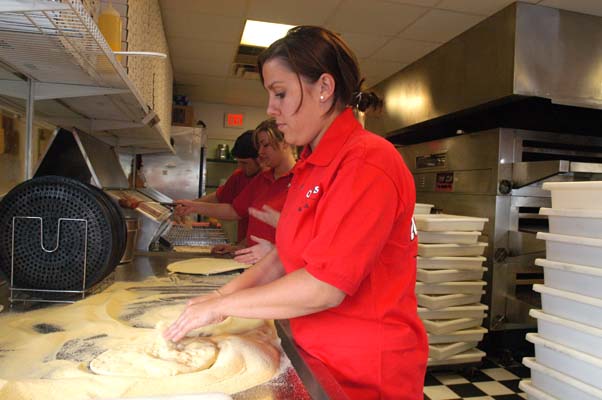 On January 1, Rhode Island’s hourly minimum wage jumped from $8 to $9.

“It’s not that I think the minimum wage shouldn’t get raised, but it’s a steep burden when it keeps climbing at such a robust clip,” says Kitsilis, who runs Angelo’s Palace Pizza in Cumberland, Rhode Island, a restaurant his immigrant parents opened in 1978.

From the nation’s smallest state and clear across the country to its largest state, Joe White knows how Kitsilis is feeling.

The president of Uncle Joe’s, a 22-year-old operation based in Anchorage, Alaska, White has watched Alaska’s minimum wage climb at a furious pace: from $7.75 at the start of 2015 to $8.75 on February 24. On
January 1, 2016, the rate increases another dollar to $9.75. For the full-time worker, that increase will cost White and other Alaska-based employers about $4,000 each year per employee.

“That’s a lot of money that has to come from somewhere,” says White, who employs 65 individuals across his four restaurants.

This year, 23 states and the District of Columbia enacted (or will enact) a higher minimum wage. Some are modest jumps tied to en vogue indexing proposals; some are driven by anxious state legislatures compelled to act as the nation moves further away from the last federal increase in 2009; and some are the result of aggressive efforts by organized labor to push minimum wage initiatives onto state and local ballots, a movement to thrust union rates higher.

“Some of (the minimum wage increases are) the normal course of doing business and some are the result of a concerted campaign to push wages upward,” says Scott DeFife, executive vice president of policy and government affairs for the National Restaurant Association (NRA).

Amid the rising costs of goods, the rollout of the Affordable Care Act and other bottom-line draining realities, minimum wage hikes, particularly hefty rate increases like those occurring in Rhode Island and Alaska, remain a source of great concern for the entire restaurant industry, which provides employment to about 10 percent of the nation’s total workforce, according to NRA data. With food and labor generally representing about two-thirds of a pizzeria’s costs, anything that dramatically increases one of those inputs challenges a pizzeria’s ability to thrive, if not survive.

“You have no choice but to adapt,” Kitsilis says.

“When the minimum wage goes up, most others expect a raise, too,” White says. “The floor’s been raised and nobody wants to have their feet on the ground.”

Adds Kitsilis, who pays minimum wage to very few of the 70 employees in his 170-seat restaurant: “We typically look at raises every six months or so, but the question now is will those raises need to be bigger than usual to account for the minimum wage increase.”

Bemoaning the subject, however, is neither productive nor a sound use of time and energy, White and Kitsilis remind. Instead, operators must respond to the evolving labor climate by maintaining the bottom line without impacting customer service or product quality, often by employing a multi-pronged approach to help ensure a sustainable operation.

• Strategy No. 1: Raising prices. Most frequently, the cost of doing business gets passed onto the consumer, an often scary proposition for restaurants who know that higher prices might send customers elsewhere.

Indeed, price sensitivity is a finicky thing, something many operators address by raising prices on select items rather than employing an across-the-board increase that shocks customers. At Uncle Joe’s, for instance, White is considering adding 50 cents to one pizza size, hoping that small increase alone will offset the increased labor.

“It’s a tough call when you’re an independent not running $9.99 pizza specials,” he says, “but these are decisions that have to be made.”

While George Rice of Revenue Management Solutions, a Florida-based restaurant advisory firm, acknowledges that there is price sensitivity to nearly every item on a restaurant’s menu, he urges operators to investigate which items customers generally order regardless of a modest increase and, conversely, which items they might shun.

• Strategy No. 2: Adjusting the labor schedule. To address rising wages, some operators will have fewer workers in the restaurant charged to do more; others might shift their labor model, perhaps trending more toward the streamlined fast casual set up; and still others promote sound time-clock management policies as an antidote.

Rice suggests operators cycle around each hour of their business, analyzing key information such as the average number of customers per hour and the number of customers that can be handled by a single employee. Then, operators can schedule hours that match customer demand on an hour-to-hour basis, which Rice says will help a restaurant manage customer service during its busiest times while avoiding overstaffing during slow periods.

“You have to dig into the numbers and make logical decisions rooted in data,” Rice says.

• Strategy #3: Menu analysis. Kitsilis and his kitchen team have had frank talks about the menu and, specifically, eliminating certain items. For instance, Angelo’s has long served fish and chips. Though popular, Kitsilis acknowledges that the labor-intensive item might be worth ousting to reduce manpower. Kitsilis has also led discussions around pulling the shop’s small-sized subs in favor of the single large size, which should reduce labor and boost check averages.

“These are the types of discussions that become necessary when labor costs increase the way they have,” Kitsilis says.

Years ago, Angelo’s switched from deck to conveyor ovens and that investment reduced the need for one kitchen employee. Already with an automatic pizza saucer and spiral dough mixer at Angelo’s, Kitsilis is now investigating spending anywhere from $7,000-$30,000 on a divider-rounder machine.

“Frankly, it’s stuff we should be doing all along and, in many cases, do, but now we need to go back and double check,” White says, calling such a review necessary to survival. “If you’re not going to do the little things like this, then you might not be around to serve customers anyway.”

A look at state minimum wage increases in 2015

Is an increase to the federal minimum wage in the works?

“To every mayor, governor and state legislator in America, I say, you don’t have to wait for Congress to act,” Obama challenged, adding that “profitable corporations like Costco see higher wages as the smart way to boost productivity and reduce turnover.”

While the aforementioned Congressional bill faces a reportedly uphill climb to passage, the tremors of the legislation, and what it could eventually deliver — say, an increase to a $9 hourly rate — threatens to derail the industry’s upward employment trajectory, which has outpaced overall employment growth for the last 16 years according to the NRA.