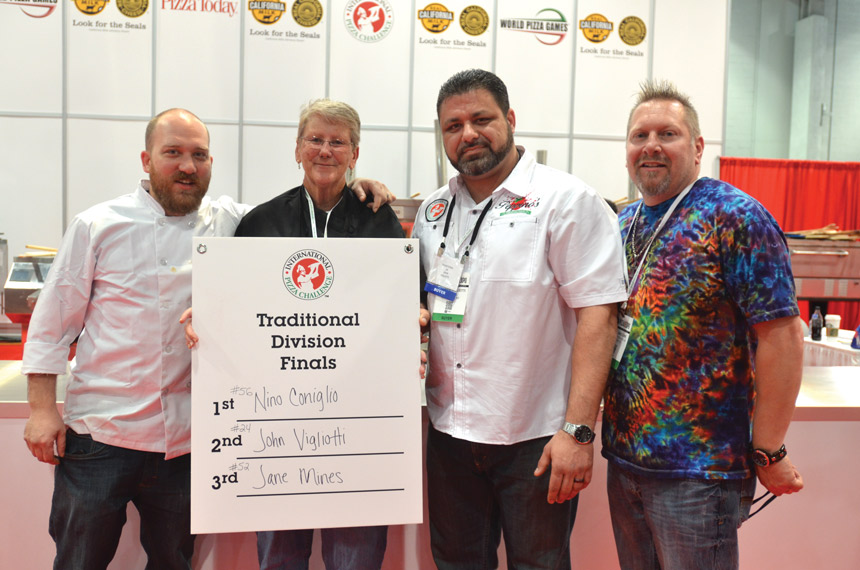 Are you successfully promoting your victories?

“To the victor go the spoils.” The spoils of victory are the bonuses and treasure you get for winning. In the olden days of war, the winning army pretty much got to loot the countryside and take whatever they wanted. In a relatively civilized setting, we use it more symbolically or metaphorically. The winner gets whatever benefits go with the actual winning of the event. They could be formal or informal –– that is, they could be a designated part of the prize: a gold medal; a contract with a manufacturer; celebrity status; gifts or media attention or simple bragging rights.

In our industry there are some pretty major events, such as the International Pizza Challenge at International Pizza Expo. Joe Torre, a professional baseball executive, once commented: “Competing at the highest level is not about winning. It’s about preparation, courage, understanding and nurturing your people, and heart. Winning is the result.” How do you prepare to become a victor at such an event?

There are several common attributes among winners: desire, preparation and association stand out on the list. Everyone has the desire to win, but only champions have the desire to prepare. Jane Mines of Nima’s Pizza put Gassville, Akansas, on the map when she claimed the titles of “best traditional pizza in the United States” and second place “best traditional pizza in the world” in 2010. Mines desired to excel in her field, and she says she “dreams a lot at night, dreams recipes.” Mines has competed since 2008, associating with like-minded individuals and always working to perfect her craft. This perseverance made Nima’s not just a restaurant but also a destination.

Exposure to people who are more successful has the potential to expand your thinking and catapult your success. We become like the people we associate with, and that’s why winners are attracted to winners. The reality is, winners think differently from the complacent and there’s much to be gained by being in their presence.

Chris Decker from Metro Pizza in Las Vegas competed for the first time at the 2017 International Pizza Challenge. Decker admits: “I’m not much of a competitor, but I have to admit it felt good placing so high. I’d rather let my pizza do the talking than do the talking myself.” His pizza spoke and Decker walked away placing third in the pan division. The spoils came rolling in, Decker says. “We had a nice print (write) up in Las Vegas weekly, full color photos and great action shots.” Metro Pizza’s tagline is “The Pizza Guy and the Other Pizza Guy”, and now Decker is the honorary guy behind the other guy behind the guy. Once again, the lottery cliché “You got to play to win” proves true.

When we first met Nick Bogacz of Pittsburgh’s Caliente Pizza and Draft House, he was a new, independent operator working hard to make his name known. Bogacz had experience in the pizza industry but had never attended Pizza Expo. He and his team began attending Pizza Expo and brought back a newfound enthusiasm and perspective that can’t be beaten: four first-place wins in 2016 and 2017. Bogacz realized that winning is an outcome. However, when people become obsessed with outcomes, they can lose sight of the journey, lose sight of who they are and how they got there, and lose appreciation for the valuable people who don’t win. Bogacz never lost sight of the journey, winning intensified his appreciation for his team, always persevering and keeping perspective.

How did he reap the spoils? Bogacz says: “When we got home I sent out press releases to all media outlets. Within minutes the local news called, wanting to tape a segment for their 5 o’clock news. The taped segment aired three times and was posted online. We also got mentions in major print publications in the Pittsburgh area. The largest radio show also plugged us and read the press release live. Not to mention countless shares from social media.

“In 2016, when we won our first award at the Pizza Expo we came home and put out the same press releases, we got picked up from print nine different places. Our sales increased 20 percent because we used it in all our marketing. We changed our slogan to ‘The Pizza of Champions,’ and created a culture inside our stores that now breeds champions. Because of Chef Eric Von Hansen’s 2016 win, our other team members started training and creating culinary dishes resulting in three wins in 2017.

“In addition to changing our slogan we had a photo shoot with our now World Champion chef and his awards and we use that picture on all of our marketing. After the press received this year our sales have risen another 20 percent.”

Like Mines and Decker, Bogacz’ pizzeria has become a destination.

Regional franchise Rotolo’s Pizzeria in Baton Rouge was built by the diligence and determination of founder Mitch Rotolo. Today the spotlight is on Mitchell Rotolo, Jr., owner of their Lafayette location.

“This year I won the fastest dough competition for the second year in a row,” says Rotolo, Jr., who competed in the World Pizza Games, “as well as second in the triathlon and third in the box folding, while also competing in the pan division” of the International Pizza Challenge.

He further adds: “I got home and got back to work! My IPC awards are not only important to me but also to the Rotolo’s brand. Our team, franchisees and regulars all take pride in the wins and are excited to know how I performed. We opened the contest up to our entire staff for the past three years, bringing the top two to Vegas to compete. This is a huge opportunity for kids just getting their start in the business and it’s an excellent culture and team builder for Rotolo’s. Of course, the local press coverage is an amazing benefit, too.”

Competition is fierce. Stepping out of your comfort zone puts you in the company of winners. Whether it’s via a gold medal or placement among the notable entrants, you still win. You’ve become a major player in our industry. As winners are attracted to like-minded ones, the public and your customers are attracted to winners also — cheering you on and boosting your bottom line.

Scott Anthony is a member of the World Pizza Champions and owns Punxsy Pizza in Punxsutawney, Pennsylvania. He is a frequent speaker for the Pizza Expo family of tradeshows.