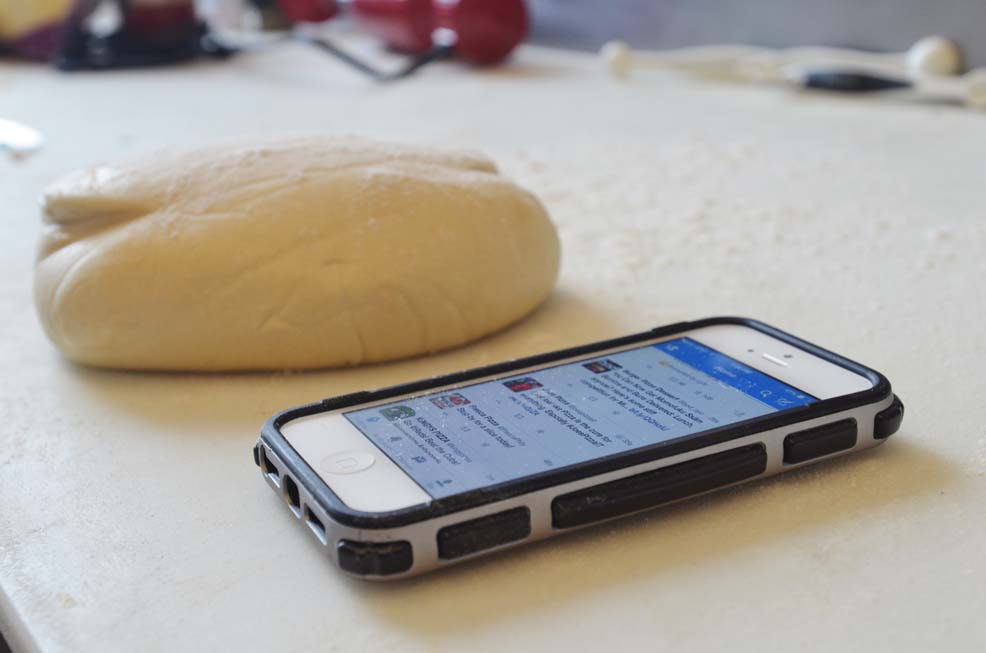 Cell phones have created some challenges for operators who want staff members to stay
focused. In fact, employees were sneaking calls, not to mention texting, posting on Facebook and playing Candy Crush in the restrooms, says Megan Dennison, director of operations for Cane Rosso in Dallas. “They think managers don’t use the restrooms,” she says.

Mobile phones, especially smartphones, became so pervasive among employees that Dennison resorted to a zero-tolerance policy two years ago. “The cell phone became an extension of their arm,” says Dennison, who oversees 175 employees in three Cane Rosso locations and one Zoli’s NY Pizza. “I said, ‘Okay, I am not asking you anymore. Either you lose your arm or you lose the phone.’ ”

If employees use their cell phones in the building while on the job, they are terminated. It’s an offense equal to stealing or cursing at customers, and the rule is written in the employee handbook. The policy caught on quickly, as employees did not want to follow the example of the workers who were fired.

The rule has some leeway. If they ask permission, workers may go outside and use their phones for three minutes. Servers taking a cell phone break must get the server in the next section to watch those extra tables. Dennison says servers do go out and find the missing coworker after a few minutes. Also, no one may take a phone break during the peak dinner hour.

Other operators agree that it is important to enforce strict rules about employee cell phone usage. Julie Collins, co-founder of Bellagios Pizza in Wilsonville, Oregon, says employees are prohibited from using their cell phones during work hours. “All inside crew are not allowed to use cell phones at all,” she says. “If it is witnessed by a member of the public and reported, I get as much information as possible from the person reporting.”

It’s unlikely an employee will get away with going outside to play Angry Birds while someone’s food is getting cold. “I also have video cameras at most stores with one outside directed in such a way they see the main access to and from the parking lot, so I could capture it on video,” Collins says.

Delivery drivers for the 14-unit Bellagios are allowed to use their smartphones only for GPS or navigation apps, and must abide by city, state and local laws. According to the National Conference of State Legislatures, there are three types of bans related to cell phones and driving. Twelve states prohibit all drivers from using hand-held cell phones while driving, 37 states ban all cell phone use by novice and teen drivers, and 43 states ban texting while driving. Oregon has all three bans.

“I don’t mess around with stuff like this,” Collins says. “Breaking the law is not accepted while on the clock.”

Staying off the phone is important for customer service. “It’s a guest perception issue,” says James Samara, general manager for Lucky Pie Pizza & Tap House, with two locations in the Denver area. “Obviously if guests see the cell phone they think the staff are less attentive, less interested in their needs.”

The 90 Lucky Pie employees must keep their cell phones in their lockers or their purses, not in their aprons. “A lot of staff try to get away with saying, ‘I need it for the calculator,’ ” Samara says. “It’s easier to provide them with a calculator. I think it’s just a good excuse when they get busted.”

When they do get busted, a manager takes the phone away until the end of that worker’s shift. The phone stays in a safe in the office. If it happens a second time, the worker gets written up. That hasn’t happened much. “It’s pretty embarrassing for an adult to get their cell phone confiscated,” Samara says. “It’s like taking a toy away from a child.”

At Scottsdale, Arizona-based Grimaldi’s Pizzeria, staff should not have their phones on them during their shift. “We don’t even allow them to charge cell phones in the establishment,” says Krista Rezaei, human resources director for the 33-unit Grimaldi’s. “They can use it on break, away from the restaurant, but not on the floor.”

If someone needs to reach a worker, they can call the landline at the restaurant. “They know the phone number,” Rezaei says. “It’s on the back of their t-shirts.”

Violators are not fired but they are written up. The policy has been in the employee manual for years, and it’s part of the restaurant’s culture of “People, Products and Service.”

“We do so many table touches and talking with the guests, a cell phone really distracts from the experience,” Rezaei says.

Still others say cell phones are too ubiquitous to be banished. “You can’t really stop someone from using them,” says Jim Johnson, founder of the 70-unit Mr. Jim’s Pizza in Farmers Branch, Texas. “While we don’t allow people to chat on the phone mid rush we don’t iron hand them about the phones. Often we have to tell certain individuals to stop texting, tweeting or posting, but we still don’t have a no phone use policy.”

Some people use their cell phones to post photos and comments on Facebook, Twitter, and other social media sites, but operators generally don’t want to see an amateurish photo of their artisan pizza on Instagram, much less a discussion of the pros and cons of working at their restaurant.

Some employers have written policies about employees using social media. “Don’t complain about the restaurant,” says Megan Dennison, director of operations for Cane Rosso in Dallas. It’s okay to write about something funny that happened at the restaurant, but employees are written up if they whine about a tip a customer left, for example.

Other operators see opportunities in letting employees use social media. James Samara, general manager for Lucky Pie Pizza & Tap House in Denver, says when the eatery has an event or a new food item, he encourages employees to take photos, post them, then put the phone away. “We make it okay from time to time, and we say, ‘Get your friends down here.’ It’s a free pass every once in a while because it builds excitement.”