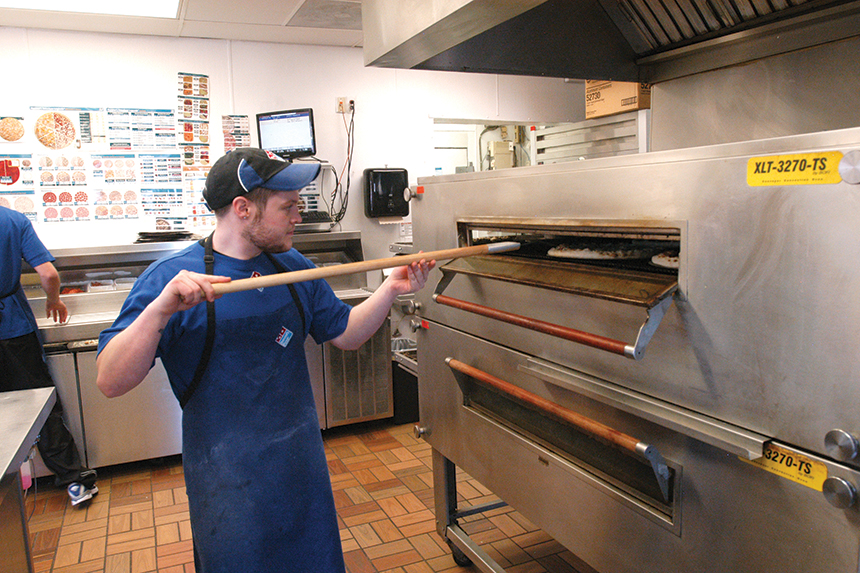 Big Pizza Chain Strategy: What the pizza industry powerbrokers are up to

Big Pizza Chain Strategy: What the pizza industry powerbrokers are up to

When the big guys move, it can reverberate across an industry and impact those big and small.

Consider retail. When a power player such as Amazon waives delivery fees or one like Kohl’s maintains forgiving return policies, it shifts consumer sentiment. These days, many shoppers are aghast when they get charged for shipping or encounter a rigid return policy.

The same holds true in restaurants, where national chains have heightened the competitive environment and recalibrated consumer expectations. When fast-casual chains like Blaze Pizza and MOD Pizza rushed into American cities and towns, it brought shiny new rivals onto the scene promising fast, personalized pies. As heavyweights such as Domino’s and Pizza Hut simplified digital ordering, many independent pizzerias began evaluating the ease of ordering at their establishments.

“Consumers get conditioned to certain things and that can definitely impact the ma-and-pa restaurants out there,” says Monica Challingsworth, head of global relationships at Synergy Restaurant Consultants.

So, what strategies are the big pizza chains employing today that could impact independents?

“The independents shouldn’t try to compete on price because that’s not a game they’re ever going to win,”
National Restaurant Consultants CEO Richard Weil says.

“As the local operation, customers can put a face to the brand and should be able to promote better quality food with crust and sauce that separates them from the national guys,” Weil says.

A growing number of tech providers, however, are democratizing restaurant technology for the independents, providing seamless, contactless ordering solutions that empower simple, effective and efficient business with consumers.

That said, do not forget the human element that can really resonate in an increasingly tech-charged society. Let customers know they can always talk to a human.

“We’re bombarded with technology and there is a human element to cultivate that builds connection and loyalty,” Challingsworth says.

Domino’s has its eyes set on ambitious store growth. The brand’s so-called “fortressing” strategy calls for the opening of new locations to get ever closer to customers – and to beat back third-party delivery players. By shrinking delivery areas with more stores, company leadership is betting on improved delivery times, higher guest satisfaction and lower costs.

Already boasting more than 6,200 stores across the U.S., Domino’s has a physical presence within striking distance of most independent pizzerias. The brand’s fortressing strategy will likely bring Domino’s value offerings, delivery promises and diversified menu closer and closer to independents’ doors.

Independents can certainly apply the LTO strategy themselves, though Weil urges them to do so by focusing on distinct flavor profiles. Think of trending flavors, such as Asian or barbeque,
leverage seasonal ingredients and provide unexpected, creative offerings.

“Let the national folks have the cheeseburger pizzas and cinnamon sticks,” Weil says.

To accommodate curbside pickup’s rise amid the pandemic, many large chains tweaked their mobile apps. Upon ordering, customers could share their car details and identify where they wanted the order placed in their car before hitting a “here” button in the app upon arrival.

Expect pizza’s major players to further streamline this general process and eliminate the “check in” piece with geofencing technology. Already, in fact, Panera – a newcomer to the pizza game with its line of flatbreads – is doing just that.

The takeaway for independents: simplify the process of getting product from restaurant to consumer as much as possible. While Challingsworth says it “might not be as easy as putting a hole in the side of your building” to accommodate drive-thru pickups, it is nevertheless important to study the customer’s journey and remove friction points, either via technology or improved systems.

Beyond Pizza: Other noteworthy trends among major chains

As every foodservice outlet is fighting for share of stomach these days, it’s not just the activities of pizza chains that warrant independents’ attention. The strategies applied by Chipotle or Starbucks or Jimmy John’s can just as likely shake the marketplace. Consider these interesting developments:

Meatless options: Beyond Meat is now supplying its plant-based products to the likes of McDonald’s and Yum! Brands, the parent of Pizza Hut. Spurred by human and environmental concerns, the plant-based diet continues gaining steam.

Sustainability: COVID-19’s single-use, single-serve surge largely pushed sustainability to the background over the last year, but it is circling back as a prominent issue. Shake Shack, for instance, recently began testing compostable straws while also trading plastic water bottles for aluminum ones in some locations.

Scaled-down formats: Fueled by rising wages and lower startup costs, brands like Famous Dave’s as well as restaurant groups and celebrity chefs are embracing fast-casual formats and smaller-footprint stores designed with carryout and delivery in mind.