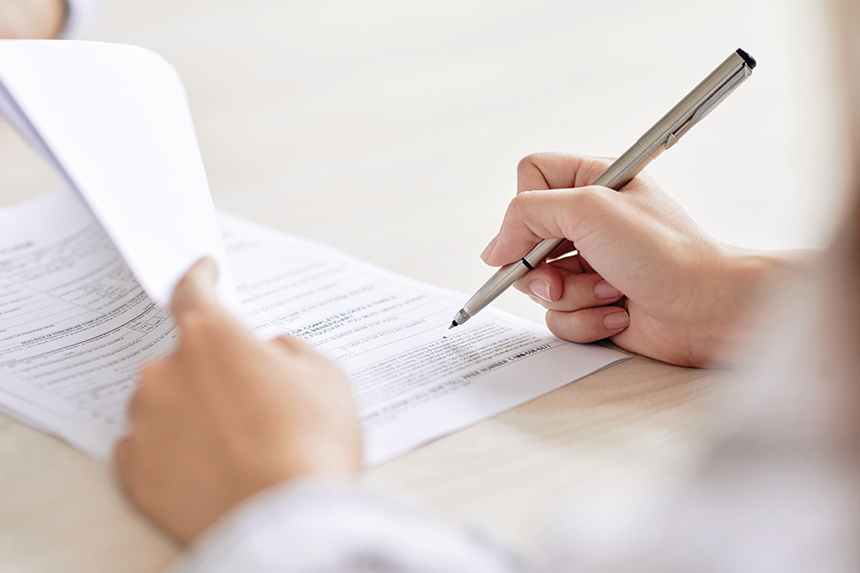 Be thorough or potentially get burned

Have you ever heard the saying, “There’s nothing more expensive than cheap legal counsel?” Well, there’s something a little more expensive, and that’s no legal counsel. In today’s rushed world where we blindly accept contracts for iTunes and other random apps, it becomes easy to just sign off on a contract, even when it’s a product for your restaurant. But, like all contracts, they’re made to protect the one writing it, not you, the one signing it. There’s a litany of problematic issues that can arise if you rush the contract process. Some contracts are written so horribly against you; they make the “Columbia House Music Club” seem like a fair deal.

Most contracts will have automatic renewal set as the default. Typically at a more inflated price and will also extend your contract by your in-action. That means it’s possible for a 60-month contract to auto-renew all because you said nothing; you’ve now signed on for another period of time. Request these parts to be deleted from the agreement. If that’s not an option, formally request no auto-renewal per the contract terms once you are under contract.

Many contracts have little to sometimes no guarantee of the service or items provided per the contract. You might infer extended service or parts coverage as part of the deal, but it isn’t real if it isn’t in ink.  Ensure every detail of what you expect to be included in the contract; if it isn’t, determine the price of what you won’t have in the agreement before you sign up.

Twenty-four-, 36-, and 60-month deals are all a long time. It’s years, but for whatever reason, months seem easier to go unnoticed. They write it in months and not years so that it doesn’t seem as egregious. If you aren’t willing to commit to five years, say that now and make it a livable deal. When they ask, why do you want to lessen the contract, reply with, “If your product is all that you claim it to be, the renewal will be no issue at all, but on my terms.”

When your Equipment Mortgage is really a Leased Rental

You might have a point-of-sale system that you’ve been paying towards for five years. You’ve paid in over three times what it’s worth because you could only afford monthly payments. After five years you find out that you don’t own the point-of-sale computer and you need to keep paying a monthly fee if you want to use it or give it back. It’s at this point you realize you never had a contract to own that product; you had a lease without a buyout option. And then, at the end of five years, you don’t even own this POS, and you need to turn it in or buy it at its original cost. That’s not hyperbole; I’ve seen that in some contracts. Make sure this “investment” doesn’t bleed you dry on the way out the door.

Your linen company, your internet service provider, your surveillance camera company, your point-of-sale company are all going to give you contracts. The people selling these products want to sell them to you. They need to hit their sales numbers, and if the contract isn’t completely in the company’s favor, it won’t affect their sales numbers and their bonus. KNOW THIS when you negotiate that YOU have the upper hand. Any salesperson worth their weight in salt will want to work to get you a fair deal. The only person in your way of a great deal is you and your laziness or fear of an awkward situation.

You need to know what is covered and what isn’t covered in any contract. It would be best if you also had a clear exit strategy for every contract you sign. I’ve had simple phone contracts where I added a phone line, signed a new line agreement, and in doing so, unwillingly initiated a new five-year deal. I’ve been burned enough times to know now that it’s completely worth having a lawyer look over every contract. That doesn’t mean stupid money, find a lawyer willing to review a lot of small contracts for you at a fair cost, and it will be the best investment of your business dollars you’ll make. Try and do it on pizza trade if you’re really on your entrepreneur game. Let the lawyer check the contract for anomalies to ask the right questions and ensure you aren’t taken advantage of. It’s way cheaper to have a solid relationship with a lawyer who does this for a few hundred dollars than it is to go into an agreement where you have no recourse and then be on the hook for years on end. If you have the legal wherewithal to understand the contract. Great. If not, outsource it, even if you only outsource it once, so you can make sure any future agreement mimics the previous contract; it will be worth the minimal investment.

More likely than not, the contract will go through online portals like DocuSign. This online portal seems like a great concept to make these forms easier until you realize that the contract has a 24-hour expiration. This practice isn’t created with your benefit in mind. This practice is made to create a false time constraint (FTC). The company makes it seem like you need to sign so they can get to work or so that the “deal” doesn’t expire. Never accept a false time constraint and always review your contracts. Any deal available last Tuesday will be available next Tuesday if a sales loss is on the line.

Ensure all your signed contracts are scanned and saved digitally with a backup and in a file cabinet on-premise. If you’re ever curious if you’re still under contract, ask to see the contract from the vendor. If they can’t provide the contract to you, you’re de facto released of that obligation.

If you’re currently under a contract and want to get out of it, a lawyer is your best option.  The threat of legal action alone might be enough for the vendor to relent. Just like you, anybody you’re doing service with, really does not want to deal with litigation over an unhappy client.

If you are of the school, “my word is my bond, and I do business with people who are the same as me,” I get it; I want to be like that as well. The problem is that person whose hand you shake might not be with the company in six months, and at that point, all you got is the contract to make heads or tails of what the agreement was. Always get everything in writing and protect you, your assets, and your business.