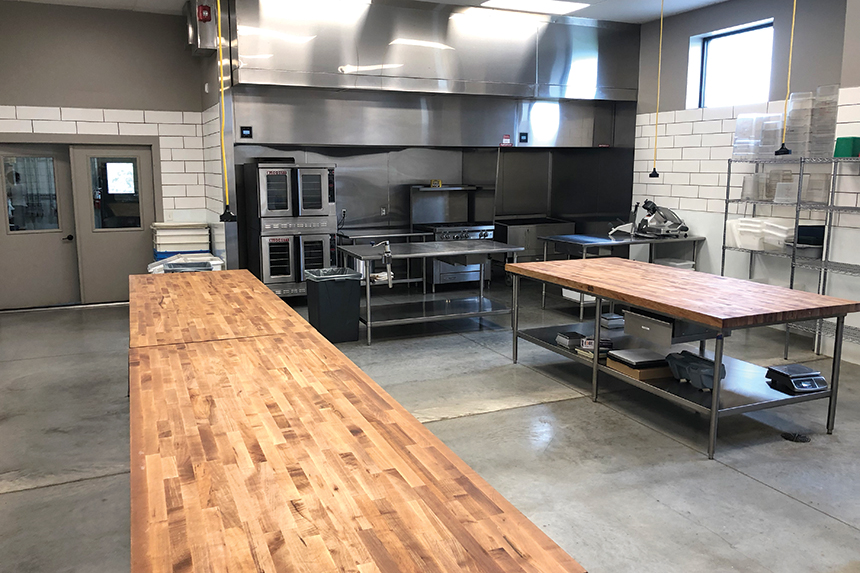 Over the past year, the term ghost kitchens has popped up frequently. They’re also called virtual restaurants and cloud kitchens. In fact, when we asked leading operators during a New Year’s Resolution feature in the January issue about an area they hope to investigate further or pursue, ghost kitchens were at the top of the list for a majority.

Ghost restaurants are positioned to have a big economic impact. Euromonitor estimated ghost kitchens could be a $1 trillion market globally by 2030, according to a Financial News Media release.

Third-party companies like UberEats, DoorDash and Ordermark have invested hundreds of millions of dollars into developing kitchen concepts.

Several pizza companies have entered the ghost kitchen space, including Grimaldi’s Pizzeria with two satellite locations in Scottsdale, Arizona, and Austin, Texas. Even the famed Roberta’s in Brooklyn has launched a ghost facility (the Nimbus commercial kitchen in the Lower East side). Oath Pizza launched a ghost kitchen in Philadelphia last October. “We are thrilled to open our first-ever ghost kitchen to offer safe and delicious contactless pick-up and delivery options to residents of the Greater Philadelphia area,” said Drew Kellogg, CEO in an opening release. “This opening is one of many unique ways we continue to pivot during these changing times. We’re looking forward to opening additional delivery-focused locations to best meet the needs of our guests in the future.”

So, what is a ghost kitchen? We’ve noticed three iterations of virtual concepts. The first being a single concept delivery-only operation. These concepts are often referred to as ghost because there is no customer-facing component, often no signage, and orders go through third-party delivery services. The second is a cloud kitchen. Think of this as a food production facility, often with several concepts operating in one kitchen. The third is when an existing restaurant facilitates another brand’s ghost operation.

Operators are often attracted to the ghost model for its lack of customer-facing financial investment such as interior/exterior signage and costs associated with a front-of-house buildout and dine-in supplies; the opportunity to outsource all ordering and delivery operations to a third-party provider, the ability to have multiple concept types within one ghost kitchen and opportunities to expand beyond the restaurant’s current market reach. There are some inherent drawbacks to a ghost operation including less control over managing reputation, complaints and reviews; added markup fees on the customer side; added service fees for operators side and less control over customer data.

Alex Geiger opted for the third iteration. He isn’t new to ghost operations. In November 2019, he ventured into the launch of the virtual WingSpot AZ, which operates out of his Classic Crust Pizza in Phoenix, Arizona. “Uber Eats reached out to us in 2019 when the concept of ghost kitchens was rather in its infancy,” he says. “They had the data and recommended to us that we launch a wings concept. They even had a list of recommended flavors based on their users’ search behavior. They gave us the ability to launch a totally new menu, with prices that account for the revenue share up front.”

To look at Classic Crust, you wouldn’t notice that the pizzeria’s kitchen also fulfills orders for WingSpot AZ, or Burger Spot, which Geiger also added. “They are additional restaurant concepts that exist in the virtual realm, and are primarily marketed on third-party marketplaces such as Grubhub, Uber Eats and Postmates,” he says.

With a year of testing under his belt, Geiger says, “We’ve been very successful going virtual and are looking at ways of expanding our virtual footprint. We’re considering opening a dedicated ghost kitchen in a shared Cloud kitchens facility. We’re also exploring the possibility of offering WingSpot licenses to other independent operators.”

Geiger has some advice for other pizzeria operators as they explore this revenue stream. “Be careful of licensing deals that take big commissions,” he says. “I’ve seen pitches from a half-dozen startups that are pitching various virtual kitchen concepts, and most of them are asking for 15- to 25-percent revenue share. By the time you add in the fees and food costs, you could end up providing all the work and getting less than half the revenue.”

With the buzz of ghost restaurants during the pandemic, many operators are asking is a cloud kitchen right for my concept? The answer to this question will require you dive deep into your business plan and overall concept goals.

Matt Vannini, a fourth-generation restaurateur and President of Restaurant Accounting Services Inc., a North American restaurant consulting and accounting firm says the basis of a ghost kitchen can be comparable to long ago established pizza models. “The closest example anyone had to a ‘ghost kitchen’ was arguably Pizza Hut delivery only,” he adds. “In the pizza space, that was already a conscious decision years ago. So, you were already there whether you use a commissary or whether you use a delivery-only model.”

Vannini’s firm works with nearly 2,000 restaurants, including a variety of pizza concepts. He points to several key areas that a ghost kitchen must have to be successful. “You need a residential infrastructure,” he says. “You need to be able to get product to people in a mass rate.”

He sees many cases where ghost operations are going in up-and-coming urban areas that lack the residential infrastructure. Contrary to traditional restaurant kitchens, Vannini warns that in ghost kitchens labor costs may come at a premium as the work is more food production based.

While Vannini doesn’t recommend a ghost operation as a viable option for a new brand, he does see it as an area of opportunity in brand expansion. “I see it as viable because it is under our control. We’re not trying to build a new brand there or inform a new brand there, we are trying to reaffirm the brand.”

During the pandemic Vannini has seen closed restaurants or catering spaces lease out to ghost operations. “Brilliant, take your overhead and give it to someone else who doesn’t have a footprint,” he says. “That is just a private version of a cloud kitchen.”

DENISE GREER is the Executive Editor of Pizza Today.