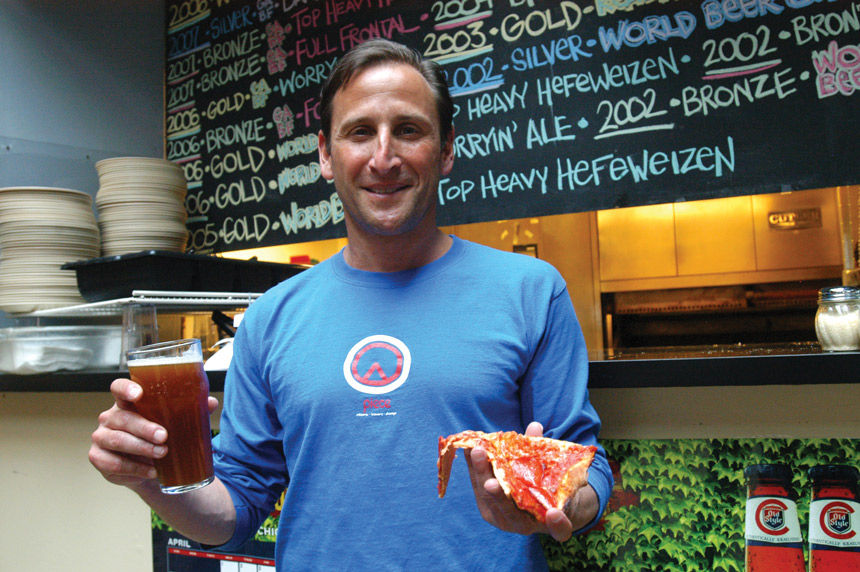 Man on the Street: Staying Small

Man on the Street: Staying Small

As much as I love New York City, it’s always refreshing to get out of town. Last week I spent a dizzying 48 hours in Chicago, visiting pizzerias and meeting up with friends in the industry. The food was excellent, but even more interesting to me was a pattern I started to notice when talking to the owners. It hit me at the seventh stop of the day, a pizzeria/microbrewery called Piece. Owner Bill Jacobs opened the place in 2001, but has never opened a second location.

As Bill explained how he got into pizza, it all became clear. He and his brothers operated a bagel chain in Chicago for over a decade. Running a large number of stores became cumbersome, so they sold the business in 1999. He mentioned the discomfort of not knowing every employee by name, so when he opened Piece the decision to run the business in a more personal way became paramount. In the 20 minutes we spent talking to Bill, we

witnessed at least a half dozen personal interactions he had with staff and customers. He explained that the vibe of his restaurant was part of the experience. And even though it wouldn’t be impossible to replicate it, doing so was just not of interest. It appears to be working out well, as Piece is one of the highest grossing independent pizzeria locations in the country, consistently appearing in the top half of Pizza Today’s Hot 100.

A couple stops later I rolled into the Ravenswood neighborhood to pay a visit to Spacca Napoli. This is another Hot 100 independent pizzeria, serving Neapolitan pizza to an upscale crowd. Owner Jonathan Goldsmith operates the restaurant like it’s in Naples, where most pizzerias are single units. Part of the reason is that each pizzeria is intrinsically tied to its owner. The pizzeria is an extension of Jonathan’s home, and his food is directly

channeled from himself and not from a central commissary. It’s that personal connection that helps him maintain quality of product and familiarity with customers. Opening a second location would require splitting Jonathan himself in two.

One of my final stops was up in Rogers Park, where I visited J.B. Alberto’s. Tony Troiano and his family have run the pizzeria since the late 1970s — and it’s one of the most incredible operations I’ve ever seen. This isn’t a typical Chicago pizzeria with a big room and lots of seating; it’s a slice counter with a massive takeout/delivery operation in the back. On a Friday night, Tony has 70 people on staff … with almost half being delivery drivers. There is no dining room. When I asked Tony why he hasn’t opened a second location, he said something that really struck me. His main reason for sticking to a single location is that adding more would reduce his

quality of life. Right now he has a single space with a cohesive crew, and his eyes can see every pie that comes out of the oven. Although replicating the model could have financial benefits, doing so would also complicate the system he’s developed over the past four decades. He’d rather stick to one and do it right.

Tony left me with a quote that makes perfect sense in the context of these three pizzerias and so many others across that have chosen to stick with a single location: “Una e buona,” or One and good.