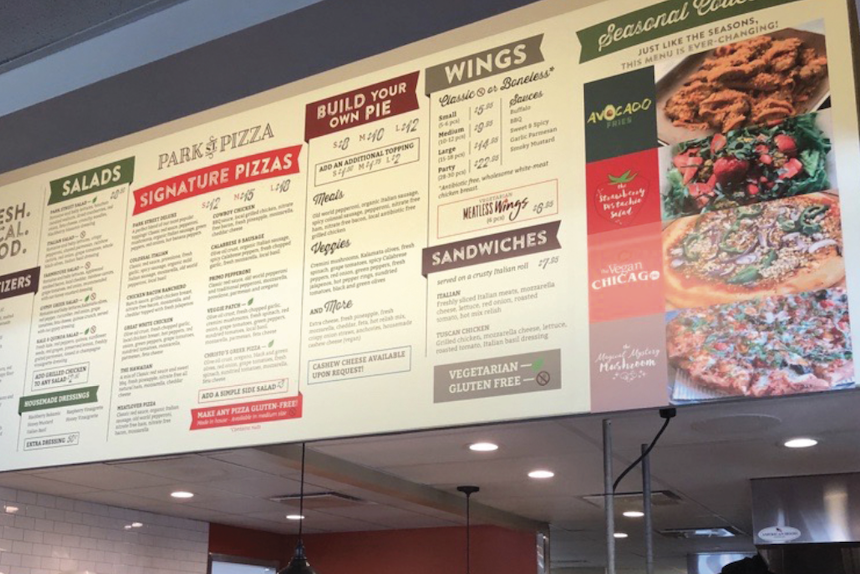 Mike’s Monthly Tip: How to Un-Commoditize This Industry

Mike’s Monthly Tip: How to Un-Commoditize This Industry

What should a large pizza cost?

The run of the mill answer for a large pizza, regardless of it being a 14-inch large or a 20-inch large, is about $10. Some might go as high as to say $13, but on average, people mostly believe a large pizza should be around $10. If you ask what it should have cost in 1980, 40 years ago, when the cheese price was incredibly lower, and the minimum wage was 1/5th what it is today, they would also say about $10.

Our industry’s failure has been the allowance of pizza to become commoditized. The pricing strategy of racing to the bottom has made it impossible to fight negative price perception for an appropriately priced pizza. Even if that pizza fed up to 4 people, over $30 seems high. In a world of $55 steaks and $15 burgers and $16 cocktails, a 20-inch pizza priced at $30 is considered egregious in most of the U.S.

How did this happen? It occurred when the big chains of the industry, who were averaging $15 to $20 range per large pizza in the early 2000s, switched to two pizzas for $10. As a result, they started a price war. This price war has negatively affected everyone, including them. This war has resulted in countless independent closures.

The notion of an independent single-unit operator taking on that price war is futile. The only way the big chains are hanging on is with robust side item upsells and great bulk ingredient pricing from their vendors. With all that, they are still hurting. The national chains’ most significant competitor is no longer each other, but instead gas stations who have figured out convenient and fast pizza at an even lower price than them. In the price war, no one is a winner here except for the gas stations.

The only recourse for an independent now is to create the highest perceived value item in the customer’s eyes. This is achievable with impeccable pizza, not at a cheap price, but the correct price. Those that do this will not only survive, but thrive. Instead of judging your menu based on the competition’s price, seek to create a Veblen Good. A Veblen Good conceptually means the more expensive the item, the better it is, and the more your customer will feel pride in purchasing it. I am not suggesting having a thousand-dollar pizza, but don’t forget the restaurant that did.

In 2011 Nino’s Bellissima Pizza in New York sold a $1,000 pizza with four types of caviar. It got national attention for being a unique Veblen Good that created a ton of marketing buzz. That’s an extreme example of what I am describing. Your best bet is to price your pizza correctly with enough cost to it that people feel special for purchasing it. Just enough of a charge that it’s not perceived as “cheap.”

The best handbag does not seek to be the cheapest. The finest luxury automobile does not seek to have the same lease payment as a Hyundai Sonata. On the inverse, people do not want to purchase $3 halibut because it appears too cheap. If you give that feeling of cheap to your customer, the hero you sell becomes the price, not the product. You will have taken your customer from product aware to price-aware, and that is a no-win scenario.

Like a dozen eggs and a carton of milk have their price stuck in the consumer’s brain, pizza is now in that category as well. Three dollars for milk seems like the right price even though it hasn’t changed in 20 years, and $1.40 for a two-liter of soda seems appropriate. Regardless that GDP has grown three percent on average every year for the last 30 years. Incredibly you can charge $2.95 for a refillable soda at a restaurant. A price more than double the price of a 2 liter, and it’s considered acceptable.

Grocery stores take a loss on milk and two-liter bottles of soda to get people in the door. Many people choose their grocery store based solely on this metric. Meanwhile, ridiculously cheap-to-make fruit snacks cost $3.40-$5, and no one questions it because it has not become commoditized. Your most expensive pizza might be turning people off unless you lean into it and make it proof of your value.

In a restaurant $3 fountain sodas, $9 appetizers, $15 cocktails are the workaround. If a $30 pizza seems too expensive for your market, you must find profit elsewhere. However, I advise you to find the inelastic demand of your pizza as a Veblen Good. This is preferable to the soul-crushing race to the bottom of commoditized pricing.