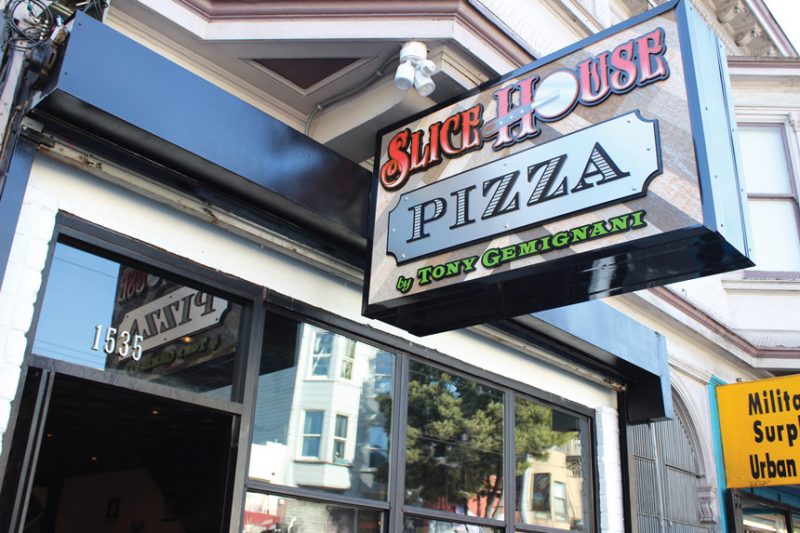 Growing without duplicating the original

You see it in television shows, a successful series rolls out a new series from its original. It takes you into a new direction with an original series’ character.

A similar phenomenon is happening with pizza companies around the country. But, with pizzerias, owners are changing up the concept style and/or menu.

So, you are looking to grow, and you want to add another location. There are no rules that say you must replicate the original completely. Instead, you seek to do something different, whether that’s concentrating on a whole new pizza style or taking a small element of what your original shop does really well and expanding it. Adding a second location is difficult enough without diverting from the original concept, which already has a business plan and systems in place. We talked to three operators who took the risk to create spin-off pizzerias in their markets.

John Gutekanst recently added Avalanche Slice House. The original Avalanche Pizza is the pizza spot in its small college town in Ohio, with 10 pizza styles, 60 toppings and a multitude of specialty pizzas. “We wanted the slice house to concentrate on New York-style pizza (by slice or whole pie) and a few large specialty pies,” Gutekanst says. “Our new place is very small, so we had to zero-in on ’Uber-popular’ items and throw out the ‘niche’ items. So, our topping count is below 10 items. We also wanted to present items not at our original store to give a feeling of difference.

“We wanted to mimic a real NY slice house and have upscale salads and not-to-be-found items like Prosciutto di Parma, smoked salmon, avocado, etc. We started with capicola, mortadella, etc but some people here in Appalachia don’t know those items. Plus, it’s such a small town, we thought a “subtitle” with our original name was more appropriate. Because we wanted to get a handle on food cost, labor, etc., we started doing a separate LLC. This is harder than it seems. The big food companies still had a weekly delivery minimum of $500-$1000 and if we aren’t moving that much stuff, we have to add stuff.”

The new slice house uses the same social accounts and the same websites that allows visitors to pick Avalanche Pizza or Slice House to go to its online ordering. But there are some differences. “A slice house definitely has many different variables than a whole pizza place. The food and labor are different. Keeping the food costs low is fairly easy but labor is tough.”

Tony Gemignani owns 22 concepts across the country. The flagship Tony’s Pizza Napoletana in San Francisco has reached worldwide acclaim and awards. So why not just replicate that? “If you were to look at Tony’s Pizza Napoletana and The Original Slice House, which are two businesses separated but as one, and Pizza Rock … the vibe, logo and decor is different with about 90 percent of the same menu,” Gemignani says. “Downtown Pizza Rock for example is a full-service restaurant with a Slice House inside of it, not separated like Tony’s is. I call it Fast & Full — fast casual meets full service. Pizza Rock is almost like Tony’s on steroids — larger kitchen, more tables, bigger footprint. For me, Tony’s was a legacy restaurant, only one, an institution.”

The pizza champion and restaurateur didn’t stop at those restaurants. “I also have the Original Slice House and my new franchise Slice House by Tony Gemignani,” he says. “We have
licensed this, and it’s also franchised. This concept is in casino, arenas, ballparks and brick and mortars. The concept has evolved to a different logo, more seating, expanded styles in several combinations. You can get a Sicilian, Grandma, Detroit, NY 20-inch, Gluten free, and 12-inch pizza in any of our combinations. We have more options by the slice, pasta and state of the art upgraded digital menu boards.”

Tony says he’s heartfelt for the flagship Tony’s but rolling out new and different concepts has its advantages. “You are always learning and improving your restaurant, equipment, layout and business model when you move from one to two and two to three, etc.,” he says. Each new concept has its own logo, branding, licensing and business structure.

Knead Market is known for its wood-fired Neopolitan pizza in the Broad Street Market which has been in operation since the Civil War in Harrisburg. Co-owner Jennie O’Neill says they wanted to go with a completely different pizza style with their new location. While the delicate Neopolitan works well in a market environment, Neill says, “Our new spot is a NY style corner slice joint, open seven days a week. We’re only three blocks from the original. But we also think the NY style is better for an everyday, neighborhood spot.”

Switching styles with the new spot was an education process. “We had to make sure that our customers knew that the style of pizza was different, which was a challenge,” Neill says.  “Customer outreach and education has been a huge focus. Having a good CPA is essential, I’m lucky enough to be married to one, so he was able to optimize the business structure and make sure we were covered in the compliance and insurance side. For branding, we kept the same familiar bones and just changed the content. Our logo was created with the idea that we would be able to modify it for future projects, so we just swapped out the text at the bottom. Our menus look similar with slightly different content.”

Neill says they’ve worked hard to optimize the two spaces. “The throughline of our business is a love of hospitality, food and community,” she says. “There’s been great collaboration between the two teams, and we’ve also been able to use the increased size to order some better-quality ingredients.”

In the end Neill says though the spinoff is different, “Remember what you learned from the original location and copy as much as possible for the new spot,” she says.

Denise Greer is the Executive Editor at Pizza Today.