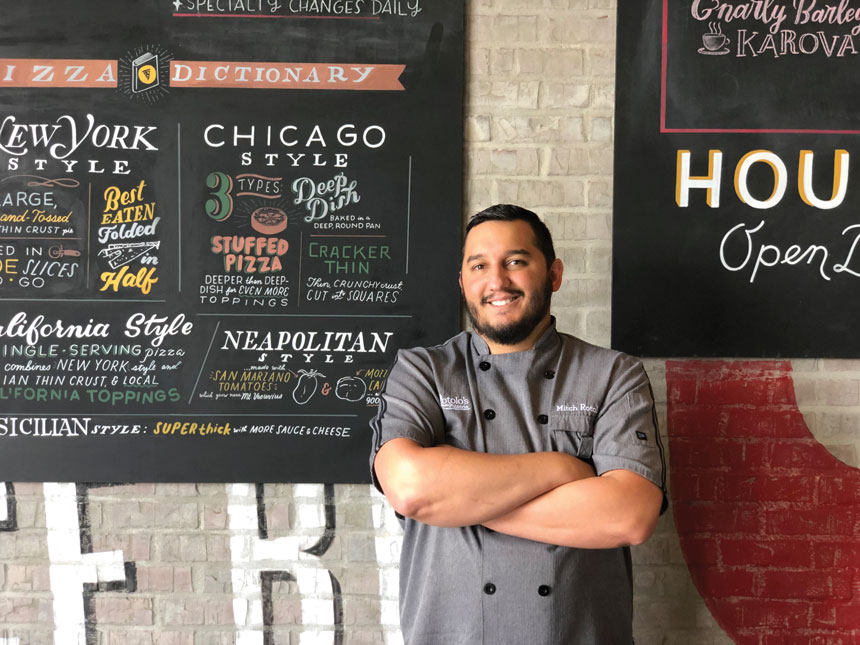 You may be familiar with the phrase “Revolution Calling.” It has been idolized in the pop culture of various countries, ours included, for nearly a century. It speaks to change, most often massive change that shocks the established foundation of a culture or government.

Then there’s evolution — a step-by-step process over time that leads to gradual changes. When enough time passes and one looks back, they see where they now stand is very different from where they began. The change has been huge.

That’s the case with Craft & Crust, the brand that has spun off from Rotolo’s Pizzeria. Craft & Crust, the brainchild of Mitch Rotolo, Jr., encapsulates much of what’s hot right now in the world of pizza. And that’s why his peers at International Pizza Expo voted him in as the 2019 Young Entrepreneur of the Year.

Learn more about Rotolo, Jr. and how Craft & Crust came to be. It’s a great concept that I have no doubt is going to grow successfully.

Speaking of “craft,” we also take an updated look at the craft soda trend. The new wave of sodas — many of which are sweetened with pure cane sugar and aren’t laden with chemical names you can’t pronounce — has been an exciting development in the restaurant industry over the past several years. Even the beverage giants have taken notice by buying some of the more interesting and marketable brands. The array of unique flavors available now seem to be helping push the appeal of many fast-casual eateries, for example.

Now that I mention fast, let’s talk about the speed at which technology moves. Makes it difficult for even tech whizzes to keep up! We do our best to impart ways in which pizzerias can leverage today’s technology to drive their businesses.

Last but not least, Pizza & Pasta Northeast is coming in just two short months. The show will take over the Atlantic City Convention Center September 25-26. We’d love to see you there! For more information and to register to attend, visit www.pizzaandpastaexpo.com.