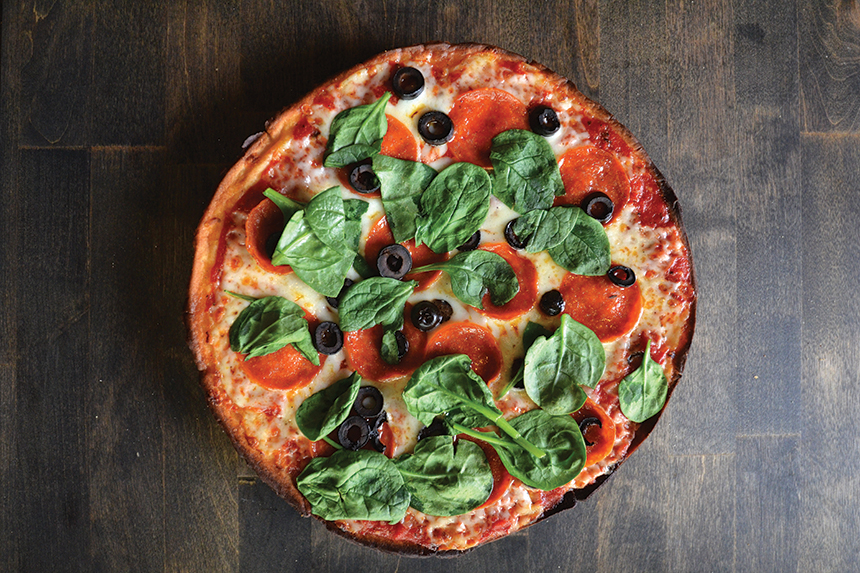 Lindsey Yeakle is the Gluten-Free Food Service (GFFS) Program Manager, Food Safety, for the nonprofit Gluten Intolerance Group (GIG). Yeakle has a culinary history working at 4-star and 4-diamond rated restaurants. A celiac disease diagnosis encouraged her to attend culinary school at Indiana University of Pennsylvania Academy of Culinary Arts. In June 2016, Yeakle decided to use her background and education to help the gluten-free community by working with GIG.

Why is it vital for pizzerias that choose to offer a gluten-free menu to get it right?

If a pizzeria is making the claim it’s offering gluten-free pizza, the gluten-free community is trusting that the pizzeria is doing things properly since there is the risk of making people quite sick if it is not. It is important to think of everything involved to mitigate that risk. For example, while traditional pizzas naturally contain gluten, think of other items in the menu that do as well, such as breadsticks and breaded wings. If you’re not properly following procedures to keep the gluten-free items safe from such offerings, then you run the risk of cross contact. Cross contact can be as small as a crumb, as small as a particle of flour from the gluten-containing items. It’s just a minuscule amount that can be a problem for someone who has Celiac disease or a gluten intolerance. That one particle could be what makes a person very sick.

What are the most common mistakes restaurants make preparing gluten-free foods?

One of the most common mistakes restaurants make in preparing gluten-free foods is forgetting about what is involved in safely providing that food to their guests, what has to be done safely in the preparation of it to avoid cross contact. Things to keep in mind are that pasta must be cooked in a separate pot of clean water. Pizza crust can’t sit on the same surface that a regular, traditional pizza crust sat on because it can get contamination from the gluten on that crust. It’s the process of actually preparing gluten-free items where the mistakes are often happening.

What are some best practices in preparing gluten-free items?

It is important to have a designated space where gluten-free foods are being prepared so you can make sure things are separate and safe as well as clean and sanitized. Gluten-free pizza crust should be put in a foil tin or some other container that is designated gluten-free. A foil tin is optimum because it can be disposed of and a new one can be used each time, protecting the bottom of the pizza where it’s being baked from cross contact. Other best practices include changing gloves between pizzas and making sure toppings are not taken from the same containers where the traditional pizza toppings are stored. Gluten-free toppings need to be stored separately in a separate area. Another way to ensure your pizzeria is safe and trusted by gluten-free consumers is by becoming validated by an organization like our Gluten-Free Food Service (GFFS). We’re able to guide people quickly and easily through the best way to deal with gluten-free items in pizzerias. Gluten-free customers feel safest when they know a facility is validated, whether it’s done with us or another organization.

What are some of the most popular gluten-free items to introduce into a menu?