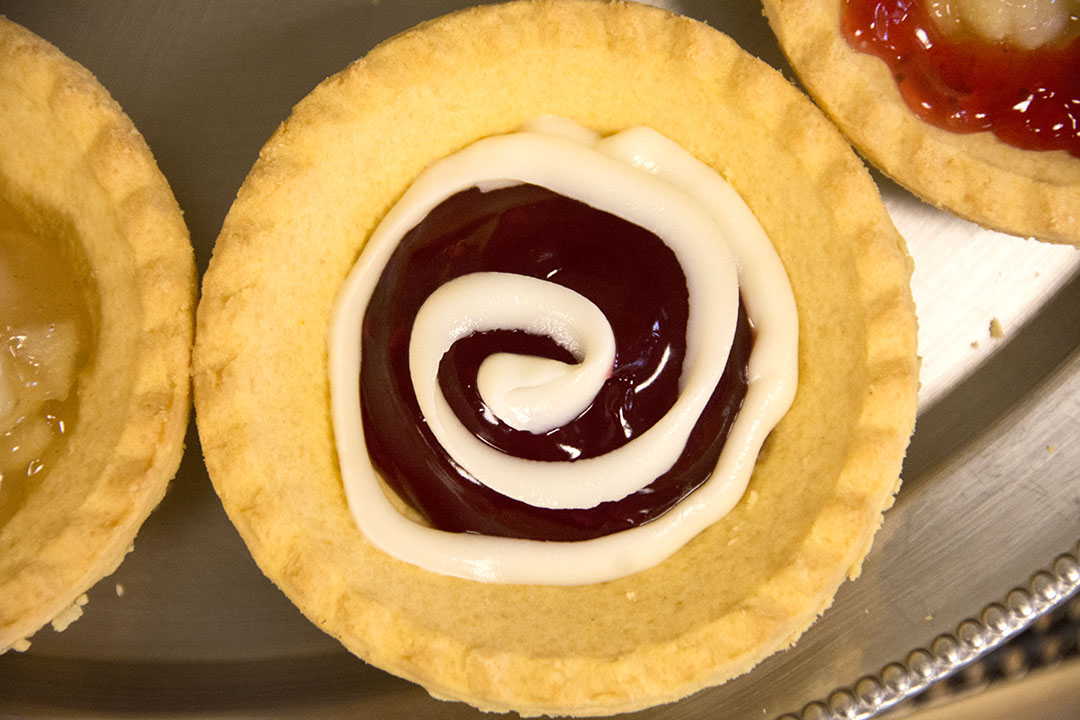 Gaining a competitive edge in today’s crowded market is more crucial than ever. Diners expect the moon and the stars — preferably locally sourced, homemade and at a great price. Desserts offer a great way to distinguish an independent from the chain restaurant down the street — or from the pizzeria around the corner. Look beyond the borders of the tried-and-true tiramisu and cannoli — a sweet world of menu distinction awaits.

At Twilight Pizza Bistro in Camas, Washington, all eight desserts are made in-house, and a couple of the desserts change out seasonally. “Calling out ‘fresh daily’ and ‘homemade’ on your desserts really helps your positioning,” says Jess McColum, manager of the 50-seat gourmet pizza shop. And the dessert menu boasts unique items, such as the bestselling Sugar Cookie Sundae. It hits the sweet spot of unique, but familiar — making it memorable and craveable. Tillamook vanilla ice cream gets a drizzle of caramel-Bourbon sauce, a sprinkling of sea salt and then a nice homey touch of fresh-baked sugar cookies. It sells for $4.25 and runs a low food cost. “You’re using basic ingredients and making it yourself, so it gives you a good return,” says McColum. “It’s our bestselling dessert with good reason — you get a fantastic combination of flavors and textures presented in a familiar sundae.” Those homemade sugar cookies featured in the sundae? They’re also available at the restaurant for 75 cents each.

Seasonal desserts include a fruit crisp and a cheesecake. At press time, they were featuring a chocolate-raspberry cheesecake and a rhubarb crisp. For the latter, the rhubarb is tossed with sugar, butter and spices, then placed on a cinnamon-infused individual pie crust and baked until ready. For service, it’s topped with Tillamook vanilla ice cream and homemade raspberry sauce. It sells for $5.75.

Bestsellers include a four-layer chocolate cake with chocolate butter icing and a carrot cake studded with carrot, pineapple and pecans, and layered with a cream-cheese frosting. Both sell for $5.95. Diners can order Italian cookies, paying $2.50 per quarter pound. Most of the desserts are brought in from gourmet bakeries. “We just can’t make them better than these specialty bakers,” says DiSilvestro.

Although it’s difficult to compete against the chocolate cake, YNot Pizza added a contender to the menu about a year ago. Selling for $5.95 is the simple Italian dessert affogato. “We parade it around the dining room, and it garners a lot of attention,” he says. “It’s unique, and once diners try it, they love it.”

Affogato, stemming from the Italian word for “drowned,” traditionally sees vanilla gelato or ice cream topped with a shot of hot espresso. Here, DiSilvestro starts with 3½ ounces of housemade stracciatella gelato (vanilla with chocolate shavings). He pours a shot of espresso over top, then finishes the dessert with whipped cream, chocolate sauce and a lace cookie. It runs a food cost of 20 percent. “It was hard to promote at first because it’s not commonly seen over here,” he says. “We took a picture of it from our trip to Florence, Italy, last summer. We put that picture on the menu and pushed it out across all four restaurants.” He also offers a version featuring decaf espresso.

At Tomato Pie Pizza Joint in Los Angeles, diners can choose from 10 desserts—all out-sourced from both a local specialty baker and a larger bakery. “We find it more economical, efficient and consistent to outsource,” says Garrett Policastro, owner of this 70-seat, two-unit concept that features hand-tossed New York-style pizza. Its two bestsellers hail from the specialty baker. No. 1 seller, outselling the ever-popular cheesecake? A red velvet cake filled with honey-infused cream-cheese frosting. The cake arrives at Tomato Pie pre-sliced and individually wrapped in wax paper. A slice costs $1.75 and Policastro charges $3.50 each. Chocolate chip cookies ring in at No. 2. They are 5-inches wide and feature a dusting of fleur de sel on the bottom. They cost $1.25 each and run on the menu for $2.25. “There’s a reason these specialty desserts from the local baker sell so well — they are delicious and they are unique,” he says. Answering whether or not his diners care if the desserts are homemade, “We’re a fast casual. People want dessert as a quick, sweet accompaniment. Is it affordable? Is it delicious?” he says. “No one asks if we make them in-house.”

Diners at Tomatoes A Pizza in Farmington Hills, Michigan, only have one option for dessert. What started as an add-on to the lunch buffet has now been added to the menu.

“We wanted to have refinement in what we sell, so we didn’t want a long list of desserts,” says Michael Weinstein, owner. But, the chocolate piadina was just too popular and too easy to produce to ignore. Inspired by celebrity chef Mario Batali’s ham and cheese piadina (an Italian flatbread), Tomatoes’ version sees dough spread with Nutella, folded in half, then baked for a few minutes. The air gets pressed out, then it’s cut into portions. Weinstein charges $8 for a small, which serves two people, and $15 for a large, which serves four or five. He runs a food cost of 25 percent. “I took it off the menu at one point because I didn’t see it as a serious dessert,” he says. “But it’s back. It’s delicious. It’s ridiculous. That’s the thing with dessert — you make it craveable and people remember it.”