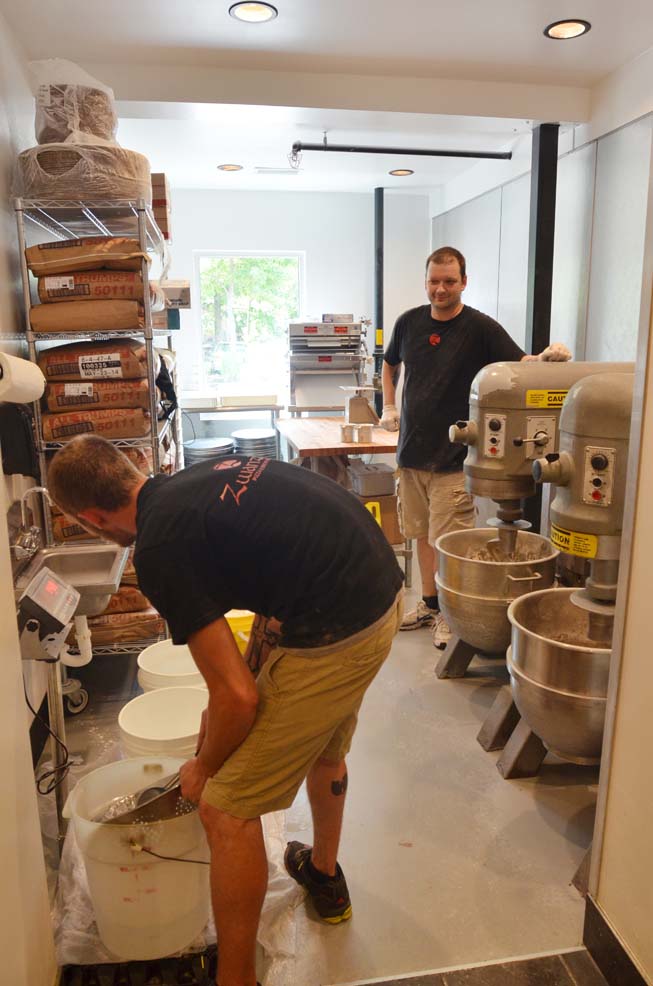 A: The reason why I reference finished dough temperature so often is because dough temperature is the key to effective dough management. If you have ever had a dough that blew during the night, or experienced a case where the dough balls all grew together in a dough box, you can relate first hand to the importance of dough temperature control.

There are two basic methods for finding the desired water temperature needed to achieve a specific finished dough temperature. The first method is one that I have used over most of my career in studying pizza (45-plus years). The method that we use to make almost all of our pizza doughs is referred to as the straight dough mixing method so we can use the equation for finding the desired water temperature for a dough mixed by the straight dough process.

In this case the desired water temperature is colder than the actual tap water temperature of 60 F so we will need to chill the existing tap water to get it to 45 F. While there are even more calculations that could be followed for determining the amount of ice needed, the easiest way is to simply draw a quantity of your coldest tap water, slightly greater than the amount needed for your dough, and begin adding some ice to it while agitating. This will speed up the melting of the ice and quickly lower the temperature of the water to the targeted temperature which is
45 F in this case. Now all you need to do is to portion/weigh the correct amount of water from the container and you’re ready to begin assembling your dough ingredients into the mixing bowl. In some shops where they have a warm tap water temperature it is common for them to store large vats of water in their cooler to minimize the need for ice.

Q: At the end of each day we always have some dough balls left over that have been prepared for opening but were not opened. Is it OK to mix this dough back into fresh dough that we are making for the following day?

A: The amount of scrap dough that you can add to your fresh dough will max out at between 10 and 15 percent of the dough weight, so if you are mixing fresh dough based on 50 pounds of flour, the total dough weight will be about 81.5 pounds, allowing for the addition of about eight to 12 pounds of scrap dough. Before you can proceed with adding the scrap dough back into the fresh dough, you need to make sure you have both the bowl capacity and the mixer capacity to handle the additional dough.

The easiest way to determine this is to begin gradually adding scrap dough into the fresh/new dough. I like to use three-pound increments and carefully monitor the mixer to make sure it is not being overloaded. The best time to add the scrap dough is as soon as the flour begins to hydrate which will be about three minutes into the mixing cycle with all of the scrap added no later than four minutes before completion of dough mixing, this will allow for thorough incorporation of the scrap dough with predictable performance for the fresh/new dough over the following days.