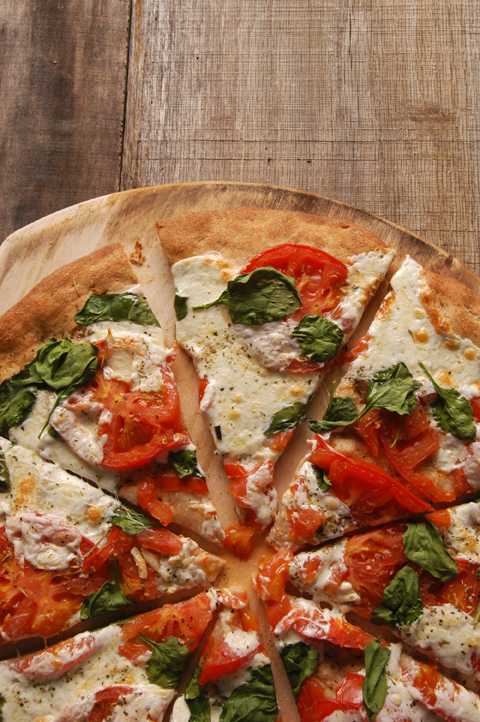 There has been a continued interest in developing more foods containing whole grains over the past several years. Part of that interest stems from the fact that whole grains are now a part of every school-age child’s life, so children are becoming more accepting of products made from whole grains.

Another significant factor in the growing popularity is a perception of the healthful benefits of eating a diet rich in whole grains. Many of these health claims are factual, while many others may not be as well documented or accepted by the scientific community –– but that doesn’t impact the idea that “a movie star ate nothing but whole-grain foods for six months and lost 50 pounds, so I’m now going on the same diet to lose my extra 50 pounds.”

Lastly, we have a new type of whole grain flour available to work with when formulating whole wheat/grain products. This flour is known as whole white-wheat flour milled from hard white wheat varieties. This type of flour is probably responsible for the introduction and acceptance of more whole grain/wheat products than any factor. This is because this whole white-wheat flour is lower in tannins, the compounds responsible for the dark color of typical whole-wheat flour. This reduction in tannins results in finished products with improved flavor (and are less bitter) and a lighter, better-accepted color. With all of this aside, there is no disputing that increased consumption of whole grains is part of a healthy diet for most of us, hence its growing popularity.

Whole grains can mean different things to different people. For some, it might mean 100-percent whole-wheat flour, while for others it might mean a blend of several different whole grains, including what are referred to as “ancient grains.” These might include whole wheat, rye, buckwheat, spelt, teff, amaranth, corn, quinoa, oats, barley, faro, millet or kamut.

Regardless of your approach to making whole grain pizza crusts, the one thing that we have found vital to making a great crust is to make sure we have used sufficient water in the dough formulation to fully satisfy the hydration properties of the whole grain/grain blend. Where many have gone wrong is in adding enough water to the dough to provide good handling properties only to find that the dough becomes difficult to open, doesn’t rise very well and has all of the unique eating properties of a piece of cardboard after baking. The secret to avoiding these problems lies in using what we refer to as a “soaker.” A soaker is nothing more than the whole grain flour or grain blend mixed with sufficient water to fully hydrate the increased bran/fiber content of the whole grains.

Begin by putting the flour and or grain blend into the mixing bowl and add only the water to the bowl. I suggest starting out at 65-percent absorption. Mix the water-flour blend just enough to wet the flour/grain blend and then allow it to hydrate for one hour. After the hydration period, check the consistency of the dough. At this time, it should be similar to your regular pizza dough but with a slightly sticky/tacky feel to it.

If the dough feels too dry, add a small amount of water and mix again just to incorporate the added water. Allow it to rest for 30 minutes and check again. Once you have the consistency right, you will know how much water to add to future whole grain doughs made from the same grain blend. Then you can add the right amount of water right up front and allow the soaker to hydrate for one hour and proceed with making the finished dough.

To finish making your whole grain dough, add all of the remaining ingredients (your regular dough ingredients will work well in their normal proportions) to the hydrated soaker in the mixing bowl and mix at low speed for two minutes. Then either continue mixing at low speed or switch to medium speed to complete the dough mixing. Whole grain doughs should be mixed only enough to begin producing a slightly smooth, cohesive dough.

Take the dough directly from the mixer to the bench for scaling and balling. With regard to scaling weights, due to the bran/fiber content of the dough, the scaling weight should be increased by 20 to 25 percent over that which is used when making your regular dough balls. Take the dough balls to the cooler as quickly as possible after balling and cross stack for efficient cooling. Down stack after about two-and-a-half hours and the dough will be ready to use on the following day.

It should be pointed out that whole grain doughs do not hold up well for more than about 24 to 36 hours in the cooler, so don’t size your dough to provide several days of dough balls. To use the dough, just remove them from the cooler and allow it to warm at room temperature until they reach an internal temperature of 50 F. Use this dough as you do your regular pizza dough, but keep in mind that for the most part when it comes to whole grain crusts, thin crusts are normally preferred over thick crusts.