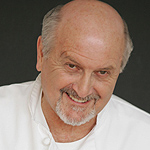 Hand-tossed dough a staple in the industry

Hand-tossed dough a staple in the industry

My mother made pizza once a week, usually on Saturday. In all those weeks and years of watching her make pizza, I never once saw her toss pizza dough. Stretched, not tossed (I believe that would be how James Bond would do it) was how that ball of pizza dough took shape. In fact, we stretched dough the “Italian way,” which means on the work surface. I still do it that way. Sometimes I will lightly oil a flat pizza pan and stretch the dough right on the pan, pushing out and away from me with fingers and palm. Other times I might sprinkle (lightly) cornmeal on the pan (if I am going for that cornmeal crunch) and stretch the dough the same method as with the oil. Or I will sprinkle flour on a pizza peel and stretch the dough right on the peel, ready to top and go in the oven.

Let’s take a closer look, however, at the art of tossing dough. Dough tossing, as in spinning it in the air for show than go, but when you have some young tikes watching, their noses pressed to the glass divider that separates the open kitchen from the dough area, the idea of the “show” has great merit.

There are several factors to take into consideration to make your dough tossing go smoothly and effortlessly, so let’s start from the beginning.

We begin with a proofing tray filled with dough balls that have been properly conditioned, meaning the dough had one rise overnight in the cooler, and now it has been out of the cooler for around two hours. Properly conditioned dough will be somewhat soft, almost puffy in texture, and almost to the point where it really looks and feels like it is ready to be stretched. Do not –– I repeat, do not –– punch down or flatten the dough ball. Using a dough scraper (or your hands), lift the ball of dough out of the tray and set it on a lightly floured work surface.

Relative to the moisture in the dough (if it feels moist), lightly sprinkle the top of the dough ball with flour. Now you can push down and flatten the ball of dough, pressing into the dough with the tips of your fingers (this is called “finger docking”), starting at the center and working outward. As you press the dough with your fingers it will start to spread and flatten. Rotate the dough a quarter turn as you go through this step. If you are in sync with the dough, it will keep its round shape throughout.

Keep pressing and docking with your fingers until the dough has almost doubled in diameter. Now, and only now, should you pick the dough up and begin the process of tossing. In fact at this point, the dough should be almost the size that you are going for. But keep on keeping on.

Make a fist. Drape the dough over one hand, then slide the other hand underneath the dough. Using the knuckles of both hands (fingers tucked close to your palm), begin to pull and stretch the dough, moving your hands farther and farther apart as the dough begins to stretch. As you rotate your hands, often the very weight of the dough enables the stretching process.

With the dough now being somewhat larger, and with both hands underneath the dough and in the center, twist your hands, so that one hand crosses over the other while at the same time you are throwing your hands upwards (almost as if an expression of disgust). At first do not go for height; start the tossing process slowly until you get used to the toss. Remember, it’s easy to throw the dough in the air; catching it is another problem entirely.

Repeat Step 5 as often as necessary until you arrive at the size you are going for. At any point throughout the tossing, if the dough feels sticky or is not stretching the way you expect it to, dust the dough with a little more flour. The flour actually does aid in the tossing process.

If you punch a hole in the dough with your finger you can probably repair it by pinching the dough to close up the hole. If you really screw up at first, and the dough becomes a scraggly mess, either discard it and start over or re-ball it. You will really struggle to stretch it at this point, because all of the gluten in the dough have regrouped and will fight you off, so just put it aside for another time, or until it rises again and is supple and soft.

As you get more experience in the feel of the dough, and the tossing into the air, you can go for more height (if it’s the show you are after). I have seen some pizza places where the workers will toss the dough to each other. At one Chicago restaurant, the workers would toss the stretched dough half way across the room, hitting the wall opposite, the stretched dough dropping onto an enclosed shelf just above the prep table, where it sat until ready to be used. Customers loved the show.

OK, so let’s say you use a dough sheeter in your operation. No problem. Sheet the dough in your normal fashion. Now take the pizza shell and do some tossing in the air (if for no other reason than to get the hang of it).

If you really want to see expert, world-famous dough tossing, catch the World Pizza Games at International Pizza Expo in Las Vegas. You will probably not use any of the routines that you will see, but it will surely give you an up close and personal look at dough tossing as done by experts in the art.