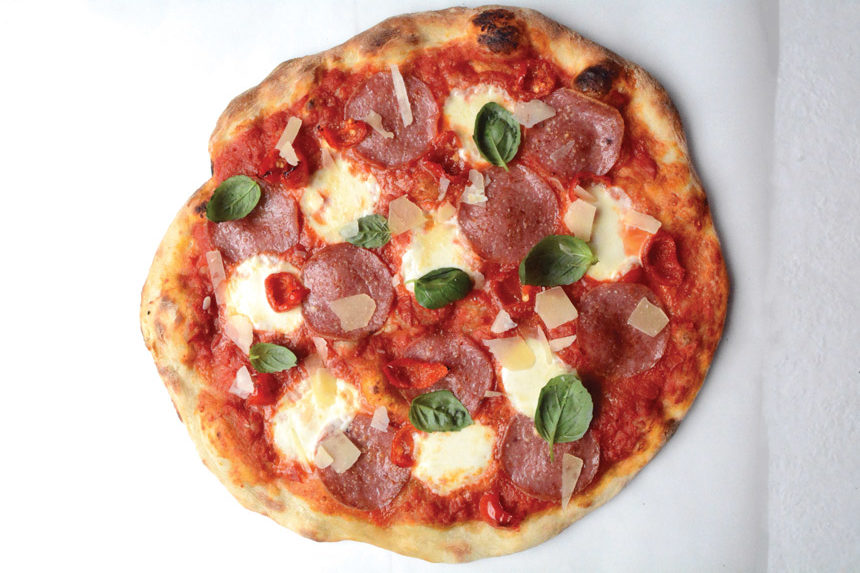 Our pizza crust doesn’t seem to have much flavor. What can we do to improve the flavor of our crust?

If you are allowing your dough to ferment overnight in the cooler, or several hours at room temperature, in all probability your dough has enough fermentation to achieve a good fermentation flavor, so we need to look elsewhere for a solution. Two of the most common reasons for insufficient flavor in pizza crust are due to a lack of either oil or salt in the formulation. This is especially so in formulas that are given in volumetric measures. The reason for this, I believe, is due to the fact that it is hard to determine if the amount of salt or oil added to a formula is when you’re mentally wrestling with cups and tablespoon measures for a given quantity of flour. When a formula is given in weight measures, I think that it is easier to determine if the amount is within accepted limits.

Think of it like this: the salt generally will be within the range of 1.5 to two percent of the flour weight, and the oil should be one percent or more. It doesn’t make any difference what the flour weight is, the percent amounts are always the same.

When a dough formula is lacking in salt, the flavor of the finished crust will be bland, and it might even take on something of a starchy taste. You might be really surprised to see how much a simple adjustment in the salt level can improve the crust flavor when the amount was originally too low.

The oil content of the dough can also have an impact upon the flavor of the crust. This is due to the fact that the oil can entrap many of the flavors of the baking pizza and bring them to the table of the consumer. While not as significant as the affect of salt, oil can and does impact the overall flavor profile of a pizza. All you really need to have in your formula is one percent oil to accomplish this. If you have more oil than this, so much the better, as you will also improve mouth feel, appearance, and maybe even contribute some of the oil’s flavor to the crust.