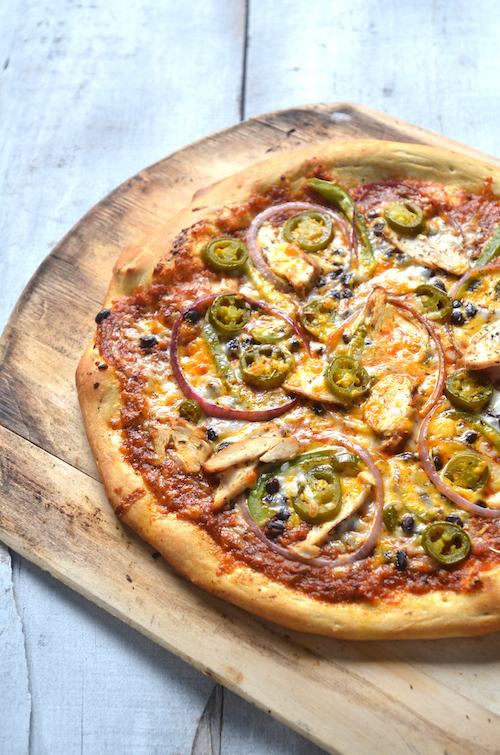 Jalapeños: We got the Heat

Jalapeños: We got the Heat

Jalapeños are the preferred pizza pepper

Americans love pizza, and they love peppers. You’d be hard pressed to find a pizzeria without hot peppers somewhere on their menu. In the infancy of gourmet pizza, ham, pineapple and jalapeños was about as out-of-the-box as most pizzeria operators dared to step. Today, you’ll find them across the board in appetizers, pastas, cocktails and even desserts.

On the Scoville scale, a method used to determine heat levels in peppers and other spicy foods, the jalapeño averages up to 10,000 units of heat and is considered relatively mild compared to its counterparts.

The majority of the jalapeño’s heat –– the capsaicin –– can be found in the pepper’s seeds and veins.

Removing these reduces the pepper’s spiciness and is a good method when stuffing whole peppers so as not to overwhelm the palate. Cut horizontally to maintain the heat levels but use in significantly smaller quantities.

Alternately, you can use prepackaged or bottled jalapeño slices. These have been slightly pickled with a vinegar solution so they don’t require kitchen handling.

“Second is a heavy-duty pizza called The Xtreme with 11 toppings, with jalapeños being the last topping added so the flavor permeates the others as it cooks down,” Harris says. “We obviously offer them as a single topping and we go through lots of them on our huge ‘Build Your Own’ business.”

At California-based Palo Mesa Pizza, owner and head chef Michael Stevens says his restaurant doesn’t settle for jarred jalapeños. “We do get them in fresh, and yes, we cut them by hand,” Stevens says. “We try to do everything in house –– from making our own Italian sausage, hand rolling our meatballs, and pickling of the jalapeños. We do these things so we have control of flavor. Our jalapeños are sweet and smoky pickled. We sell a lot of jalapeños –– probably 20 gallons a week. In comparison, we go through about 15 gallons of banana peppers. Each has won us awards.”

One of Palo Mesa Pizza’s top-selling pizzas is called “The Michaela” and “it has smoky sweet jalapeños, garlic, pepperoni, red onion, applewood smoked bacon, cilantro, pineapple with our pizza sauce and mozzarella,” Stevens says. “These jalapeños pair well with everything. The Michaela is number one and then probably pepperoni and jalapeño.”

Still, recognizing that not everyone is Team Jalapeño is a safe bet, so ask your customers if they want light jalapeños when ordering.

“We find our half-and-half pizzas are a terrific solution to the non-jalapeño eating crowd, as they can get their side made either a completely different pizza than the one with jalapeños, or they can have the same pizza and hold the jalapeños on half ––which works very well for people like me who don’t do heat well,” Harris says.

It just so happens that November is National Pepper Month, so in preparation give these modern recipes a try: