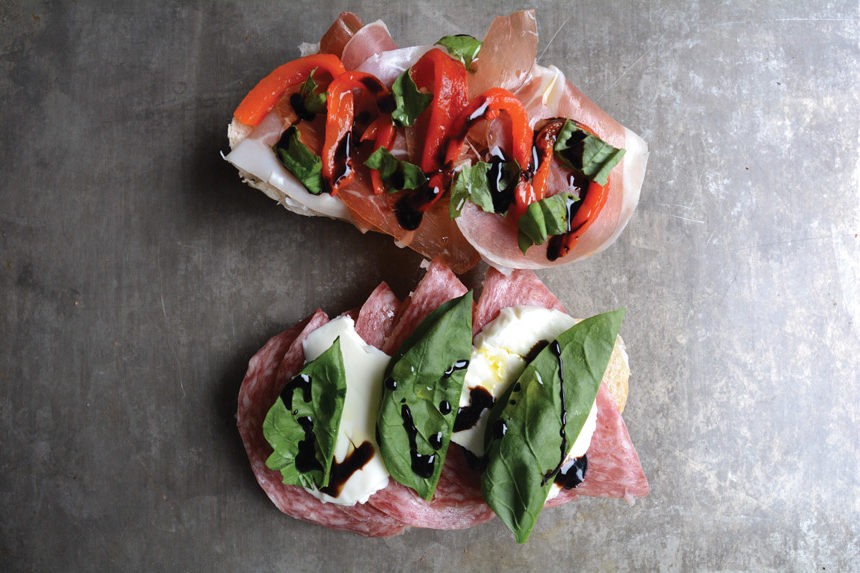 Make Me a Sandwich

Make Me a Sandwich

Your customers want them — are you doing them the justice they deserve?

The “Ihob” ad campaign where “Ihop” let the public know they were rebranding to International House of Burgers was a success for the company. I’ve heard people say, “Oh, how stupid is that ad?” But the people who said that were talking about it — which means it was in their daily consciousness! Late-night shows mocked it, which provided more free advertising for “Ihob.”

I think we can all feel Ihop’s pain a little. Keeping a little-known menu item on the menu, and getting it to sell more and be more focal than it currently is, takes a lot of effort. It’s especially hard to do when people pigeon hole you into being “just a pizza place.” I grew up thinking a pizzeria is a restaurant that primarily serves pizza, but also sells other Italian items like pasta, appetizers and sandwiches. That’s still what I think a pizzeria should be.

If you’ve ever been to Rome, you know a sandwich is as Italian as pizza. They’re sold on most street corners in a cart like you would see hot dogs being sold in America. Historically sandwiches, as we know them, are about 150 years older than pizza. Whether it is called sandwich, hoagie, grinder, sub, hero or wedge, it’s indoctrinated into modern civilization and Americana to put some meat between some bread.

It’s not difficult to make a sandwich. What is hard is to make a great one, brand it well and have your pizzeria get another visit from someone who just didn’t want a slice that day.

Anything worth doing is worth doing right. Let’s look at the simplest sandwich and most popular one in America: ham and cheese. If that’s all you feel comfortable selling, that’s perfectly fine. But put a little thought into it. Don’t buy items for things you can’t cross utilize in your kitchen, for example. If you go and buy white bread, sliced ham that wouldn’t work on a pizza and slices of American cheese that you have no other use for, you will make the plainest sandwich imaginable and bring three new stocked items into your shop — only to achieve the highest level of mediocrity.

Here is how to avoid that and make a unique sandwich within a pizzeria:

Meats: If you get on board and have a large sandwich presence, then by all means bring in a quality unsliced meat and slice it yourself on site. However, if we’re talking about only a few sandwiches, I’d suggest using your existing ingredients to make a sandwich no one else in town has.

Instead of buying and stocking a hickory ham, for example, find a way to cross-utilize your Canadian bacon. Sauté it a bit and get it crispy to differentiate yourself. Whatever it is, make it differently. Pepperoni, sopressata, Genoa salami, prosciutto and speck are all great Italian meats that you can use both on your pizzas and your sandwich menu. Again, cross-utilization is key. Add all those meats to one sandwich along with some fresh mozzarella and you have a very unique, high-end Italian sandwich that people will pay a higher price point for.

Breakfast Sandwiches: Do you use eggs for anything in your store? Do you use it for a topping on any of your more eclectic pizzas? If you don’t have eggs, I highly suggest bringing them in and opening a world of culinary possibilities to your pizzeria. High on that list is a breakfast sandwich.

Before scoffing at the idea of breakfast pizza or sandwiches, keep this in mind: many fast-food chains have added breakfast items to their menu that are sold ALL DAY because people’s lifestyles are fitting less and less into a 9-to-5 model. Egg-based options are gaining massive national traction. When the big boys do something like add breakfast foods, it’s not because they’re just guessing. They spend millions of dollars on market research that we, as independents, would be idiots to not notice.

Spins on Bread: Right in line with cross utilization are bread options. If you don’t want to buy a low-end, run-of-the-mill white bread, then don’t. No one is making you. Take your existing pizza dough and wrap it around your ingredients and you’ll have a unique Stromboli. I started making mini Stroms a few years ago that I named Strombolicchios (after the small island off the coast of Stromboli). That’s my spin; you can find yours. The lesson here is to look for your spin.

Different Cheeses: I’m big on not adding items to a menu because they sound fancy. With that said, Gruyere cheese on a toasted ciabatta bread is buzz-word central and will sell. In addition, mozzarella melted on anything is not going out of style. Let’s face it: melting cheese on a sandwich is always a win. Fresh mozzarella has a more high-end appeal and also sells very well. Also, you can take a shredded Parmesan and place it on top of your sandwich pre-bake. It will develop a slight char that will serve as a great differentiator. This costs very little and creates a “WOW” impression.

Research shows that roughly 50 percent of 18- to 34-year-olds would like restaurants to offer more sandwiches with new or unique flavors and ingredients. That’s a clear fact that this is on the rise and not going away. Millennials on up are waiting and ready for the advantageous pizzeria operators to capitalize on their demand for sandwiches.

MIKE BAUSCH is the owner of Andolini’s Pizzeria in Tulsa, Oklahoma. He is a frequent speaker at the International Pizza Expo family of tradeshows.