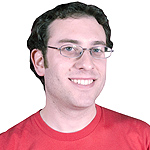 What is the future of pizza? It’s becoming clearer every day that pizza’s past is circling back to carry us into the next era. It took Neapolitan pizza more than 100 years to gain popularity in the U.S., but now that it’s a hot topic, we’re starting to see a new wave of variation in its production and service. The latest trend is a hot one and it’s heating up fast. Quick-serve Neapolitan pizza chains are springing up everywhere, but are they really all they’re sliced up to be?

If you aren’t familiar with the genre, it works like an assembly line. You start by ordering a basic pie and customize it with your choice of toppings. Every employee in the line is responsible for a single step in the process — so one person opens the dough, one tops it and another works the oven. Bake times hover between 60 and 90 seconds, so you’ll have food in your hands just a few short minutes after initiating your order.

Sound familiar? It’s exactly what chains like Subway have been doing for years, so it should be no surprise that investors are lining up to be part of this surge that combines the elegance of Neapolitan pizza with the speed of fast food. The race is on to become the Chipotle of pizza and several pizza chains are vying for the title. The first one I heard about was Punch in Minneapolis, but there’s also Pizza Rev, MOD (Made On Demand), Blaze and a host of others.

And what’s not to like about the quick-serve format? The pizza is assembled to order while I watch, ingredients are high quality and there are plenty of options, dough is made fresh daily, and it’s fun to watch the pie bake so quickly in a wood-fired oven. Splitting up tasks into an assembly line tends to keep the product consistent throughout a shift because the same hands are responsible for the same tasks pie after pie. I really like how the quick-serve concept cuts out the middleman. No more waiting for my delinquent server to take an order or drop off the check and no more wondering what’s holding up my order in the kitchen. It’s all about speed, efficiency and transparency.

But there are some major drawbacks for me as the consumer. What if I want to stay longer than it takes to eat my pizza? What if I want to order more pizza? Do I have to get back in the line? Since quick-serve eateries are designed to push customers through, is there any thought about ambiance? It’s certainly easier to call in an order with a traditional pizzeria and simply pick up the pizza when it’s ready rather than wait in a line. And we can’t ignore the fact that Neapolitan pizza doesn’t travel well in a pizza box.

The quick-serve format is clearly a contender for the next major wave of pizza businesses, so get to know it before it becomes your next venture or competition.