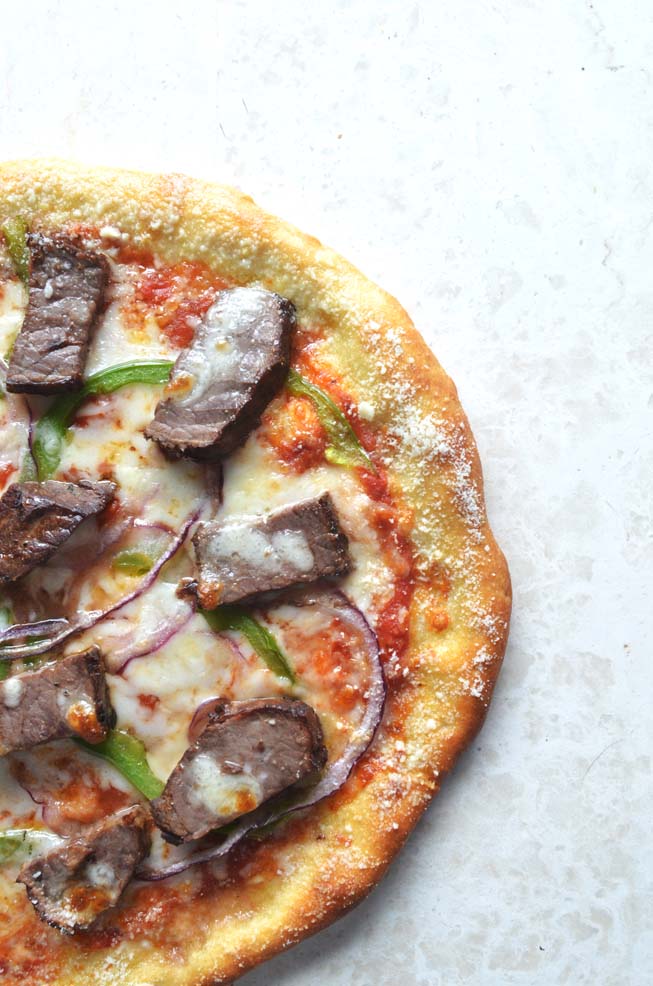 No Butts About It

No Butts About It

Cheaper cuts of beef can rock as hard as expensive protein

Beef is a popular menu item in most every restaurant. In fact, some steakhouses may have nine to 12 different cuts of beef on their menus while most pizzerias have only the usual ground beef crumbles. This is probably because most operators, like me, are averse to the higher prices that beef presents in both the price-per-pound and the weight of the product.

Let’s face it: pizzas are a platform for smaller tidbits of taste and texture. Larger, thicker cuts of beef do not work on pizza because of price, and customers cannot eat them properly. There are several ways around the perplexing job of presenting a beefy pie to customers without paying an arm and a leg.

There are several ways to bring the $7 cost of each pizza down. This is where menu manipulation can save you thousands of dollars each year. Consider:

Flankly speaking, Cheaper cuts of meat are found in the working parts of the cow and from the muscles that are well exercised, like the flank, plate, chuck and round. The challenge to any pizza professional is to incorporate this beef into their menu mix to achieve customer happiness and profitability.

Sliced thinly. Large haunches of round, tri-tip and brisket that are roasted and then thinly sliced offer a beautiful blanket of meaty goodness on a pizza without toughness. These cuts are good because of consistent marbling and lack of large swaths of fat. Always cut against the grain.

Braised and pulled. Large cuts of chuck, chuck blade steak, shank and short ribs cooked in beef broth or water and vegetables with herbs and spices offer a great topping for any pizza. These must be cooked low and slow for hours to break down the naturally occurring gristle and tough meat, but this is where the flavor lies.

Ground and cooked. Any and every cheaper cut can be ground up for par-cooking or making beefy sausage. The key when grinding and cooking beef is to always have enough fat in the mix because this is where the flavor is. Grinders can be expensive, but once you get the knack of making beef sausage and meatballs your customers will thank you.

Here are some affordable cuts of beef that can be prepared to rock a pizza:

This is a great recipe for sauerbraten. Your customers will love this braised beef pizza with potato and sauerkraut with Swiss or Gruyere cheese. Brisket or rump can also be used with this recipe.

Get the Beef “Flankenstein” Recipe.