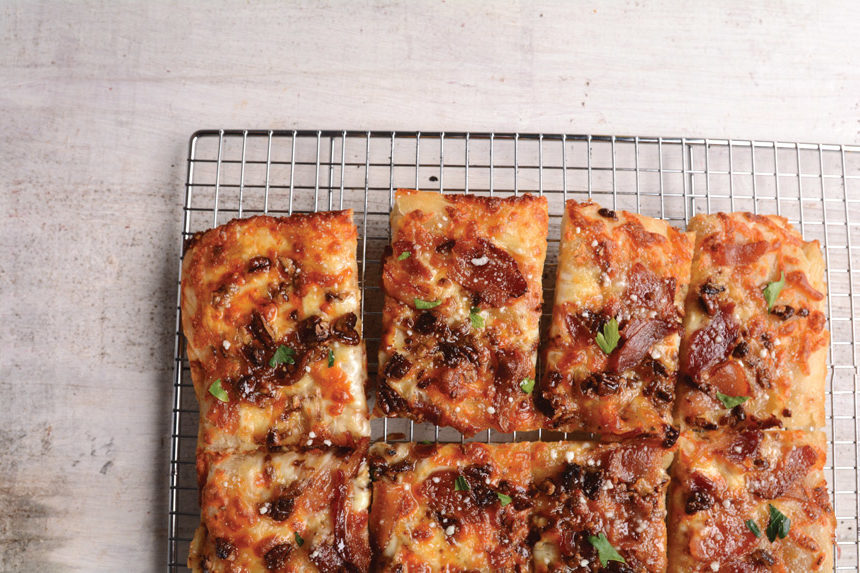 Question: We bake our pizzas at 600 F and they are crispy when they first come out of the oven, but they soon turn soft and chewy. What can we do to keep our pizzas crispy longer?

Answer: Three things come to mind that might be causing your problem. The first is the use of sugar or some other browning agent in the dough, such as milk or eggs. When any of these materials are added to a dough that will be baked at high temperature, you get premature browning of the crust. You could bake it longer, but the color would be excessively dark, and that wouldn’t be acceptable from an appearance standpoint. If you wanted to retain the formula, without removing the sugar, eggs or milk, you would have to reduce the oven temperature to allow for a longer baking time, which would provide for a crispier crust that would better retain its crispy characteristic.

The second problem could be the baking temperature. Even if your dough formula doesn’t contain any of the aforementioned browning agents, baking at an excessively high temperature can result in a very thin layer of crispiness on the bottom of the crust. As soon as the pizza comes out of the oven moisture begins to migrate from the moist interior of the crust to the dry, crispy portion, thus causing it to become less crispy and more chewy.

The third problem could be the flour used in the dough. It is well recognized that the higher the protein content of the flour, the greater the potential for crispiness — but this comes at a price, because it also provides for a greater potential for chewiness, too. So, in this case, if the finished crust has sufficient crispiness, but is just too tough or chewy, the selection of a slightly lower protein flour might be just the ticket to providing the less chewy crust characteristic. When making a change in protein content it’s a good idea to make a one-percent change in protein content whenever possible. This should provide sufficient change for you to assess the affect.

So, how do you know what flour to choose for the one-percent change in protein content? Your best bet is to contact the flour manufacturer/flour miller and ask to speak to someone in their flour technical services division. Tell them what the bag name of the flour you are presently using is and ask them for their recommendation.