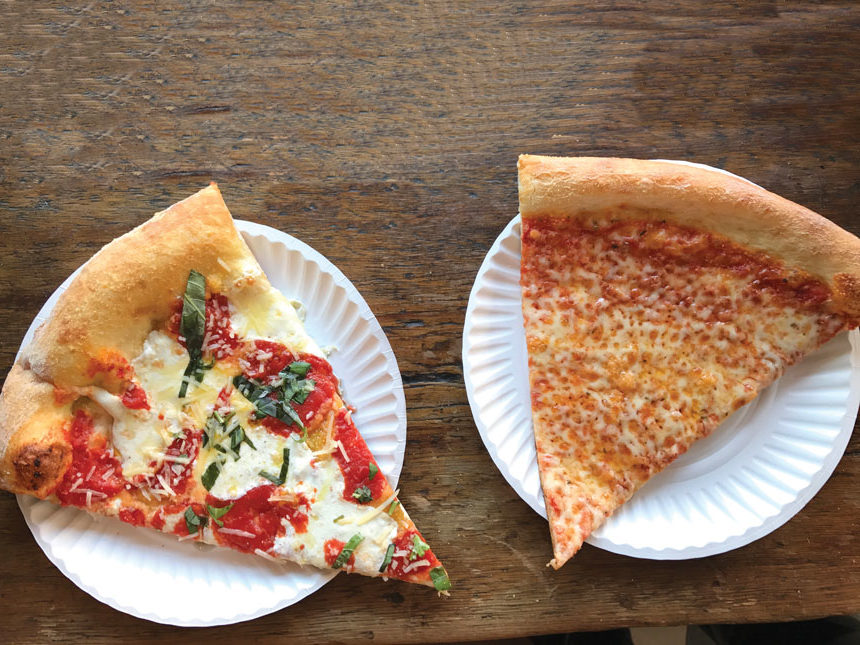 Break down advantages of shredded, diced or sliced mozzarella

The Birth of Low Moisture Mozzarella

In the 1930s, Midwestern dairy producers saw an opportunity. Mozzarella had already become a popular product but took days to produce and lacked the shelf life necessary for long distance shipping. The first step toward solving the problem was achieved by increasing the temperature at which the milk was curdled, effectively drying the final product. The Stella Cheese Company of Campbellsport, Wisconsin, then developed a bacterial ratio that decreased the curdling process from three days to just one, which translated to major cost reduction. Compared with East Coast mozzarella, this new variation was firmer, higher in fat concentration and slightly yellow in appearance. Cheese companies labeled the new product Pizza Cheese, due to its greatest source of demand, until the FDA codified it as low moisture mozzarella under its 1965 Standards of Identity. Defined as a cheese with no less than 45-percent milk fat and between 45- and 52-percent moisture, this is the mozzarella that accompanied pizza on its rise to popularity in America.

While fresh mozzarella must be torn or cut, low moisture mozzarella is firm enough to be shredded, diced or sliced. Each preparation lends itself to specific uses in the pizzeria.

The majority of American pizzerias use shredded mozzarella because of its convenience and consistency. Most planetary dough mixers have built-in attachment hubs for cheese shredders, making it possible for operators to convert a five-pound block into pizza-ready shreds in seconds. The result is easy to grab and distribute across the pizza’s surface.

According to Dr. Mali “The Cheese King” Reddy, shredded mozzarella provides the melt and pull characteristics we’ve come to expect from mainstream American pizza. Dr. Reddy has consulted for the national chains, led the research and development team for Leprino Foods, writes for Cheese Market News, and holds over 150 patents for his work in biology and dairy science. He credits shredded mozzarella’s interconnected casein network for increasing stretch over other preparation methods. As an added benefit, shredded mozzarella produces a more voluminous appearance than its sliced counterpart because pieces can interlink, leaving pockets of space in between.

Those looking to save on prep time and labor costs may opt for pre-shredded mozzarella. The work is already done and it even tends to be more consistent than cheese shredded in-house. Since cheese purchased pre-shredded is not used immediately after processing, it often comes coated in anti-caking agents. Starches and cellulose are used to reduce clumping in the bag and to help the melted cheese retain separation but may come with side-effects like excess browning and textural clutter. Some companies have responded by developing pre-shredded products that don’t contain any anti-caking agents, instead using gas to maintain each shred’s independence.

“Pre-shredded cheese also tends to be a younger cheese because the package it comes in is gas-flushed to slow down the aging process,” says Laura Meyer, administrator and instructor at the International School of Pizza in San Francisco, California. “The block is vacuum sealed (so it’s) continuously aging.” She points out how aging manifests itself visually, particularly at slice shops where customers choose by sight rather than item description. “Younger cheese tends to not brown quite as much. Having nice white cheese that melts and re-melts well is key.”

Operators looking for an extreme version of the benefits offered by shredded mozzarella have the option of diced mozzarella. Tiny beads of cheese are even easier to spread and provide operators with a degree of control that’s tough to achieve with larger pieces. That control can lead to huge savings in food cost. Audrey Kelly, of Audrey Jane’s Pizza Garage in Boulder, Colorado, switched from shredded to diced mozzarella after noticing that her staff refused to use portion control cups. “With the diced (mozzarella), it is much harder to grab with your hands so you are forced to use the cups,” she says. “You save thousands of dollars a year by portioning out your cheese.”

If your operation is heavily dependent on delivery, diced mozzarella may be your Holy Grail. As Dr. Reddy points out, “diced mozzarella is the best choice for delivery pizza,’” because it allows for fast moisture release, whereas other preparation methods can prevent moisture from escaping before being trapped inside a pizza box.

The pizza industry is seeing an increase in demand for sliced mozzarella thanks to the rising popularity of styles that apply sauce on top of cheese. Grandma pizza, upside-down Sicilian, Detroit style and Chicago deep dish all benefit from a layer of cheese to serve as a barrier between crust and sauce. Many makers of these styles prefer sliced mozzarella because it provides a solid surface upon which sauce can be easily spread. Some of the most famous pizzerias in New York City, such as John’s of Bleecker Street, Arturo’s of Greenwich Village, and Brooklyn’s L&B Spumoni Gardens, use sliced mozzarella for this very reason.

Brian Spangler launched Apizza Scholls in Portland, Oregon, in 2004 choosing sliced mozzarella after testing it against other preparation methods. “We preferred the overall mouthfeel,” he says of the sliced mozzarella trials. “The added bonus is that everything sticks to the cheese, which is stuck to the dough, so nothing slides off the crust while consuming. That is always a total bummer pizza moment.”

There’s also a consistency benefit to using sliced mozzarella. Companies usually sell between 0.8- and one-ounce slices, so knowing your target cheese quantity makes it easy to portion. “We know nine ounces works perfectly,” says Lenny Rago of Panino’s Pizzeria in Chicago. “We use it to keep portion control, it assures us that each pizza will be consistent and cooked properly.” Tommy DeGrazia of Sofia Pizza Shoppe in New York City agrees, “It takes human error out of the equation. I don’t have to worry about a heavy hand or a light hand.”

Choosing the right mozzarella preparation depends on your product and priorities. Consensus is strong that sliced mozzarella provides the most effective surface when applying sauce on top of cheese. Diced mozzarella is a good solution for delivery pizza and lends itself well to application by portion control cup. Shredded gives the best cheese pull and is easy to handle. Since cheese carries the highest food cost of pizza’s essential components, it’s important to select the preparation that maintains control and consistency without sacrificing texture and taste.