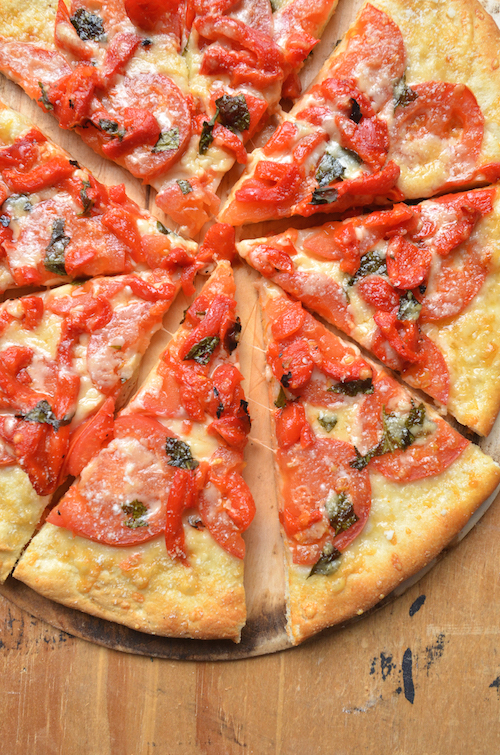 Toppings: Over or Under?

Toppings: Over or Under?

This over-under debate has nothing to do with betting. Rather, it concerns pizza toppings and where to put them.

The gist of this over-under scenario is a stew of ingredients that include tradition, appearance and common sense. Common sense and appearance implies that, for example, you are not going to put the slices of pepperoni on the crust and then ladle pizza sauce over the pepperoni (at least, I hope not). This approach would result in yells (especially from the kids), the least of which is “Where’s the pepperoni?” Tradition suggests that the pepperoni is smack on top of the cheese, so that the slices get a lot of heat, allowing them to cook just enough to release the essential oils, hence the taste and flavor. Not only that, but it also enhances the appearance of the pizza.

However, where you place your pizza toppings can impact on the overall goodness and flavor. For example, when using fresh mushrooms on a thin-crust pizza, there are two considerations that can affect taste. A mushroom that is sliced very thin, placed directly on top of the cheese and exposed to the high heat will dry out in a flash and turn the mushrooms into flavorless pieces of cardboard (mushrooms have a high moisture content). Not good.

Thinly sliced mushrooms should be buried under the cheese just enough to allow the cheese to insulate the mushroom from the heat, yet still cook them just enough. If you have a problem with the buried mushroom approach, toss the sliced mushrooms in olive oil before putting them on top of the cheese. Fresh mushrooms that are sliced thicker, as well as canned mushrooms, will make it through the heat OK most of the time.

Another topping that heat plays havoc with is fresh spinach. Baby spinach is the spinach of choice these days. And while it tastes great on a pizza, it is very fragile. Precooking the spinach is not the answer (it wilts away to the point where you will blow your food costs), so when using fresh baby spinach as a topping you have two choices –– bury the leaves partially under the cheese (as with the mushrooms) or chop it (labor involved) and combine with the shredded cheese.

Over or under considerations have a connection, too, with the style of a particular topping. For example, when using fresh tomato slices (standard slicing tomato), I would not put them directly on top of the crust (the high water content would result in a soggy crust). Put half of the shredded cheese over the crust first, then the tomatoes, then the remaining cheese. As the cheese melts, the tomatoes will become visible. And to enhance the flavor and appearance I would sprinkle on a nice amount of grated Parmesan.

Crumbles of raw Italian sausage under the cheese? No. On top of the cheese? Yes.
Working with, say, mushrooms and spinach (or broccoli or artichokes or cooked sausage) is a no-brainer when it comes to stuffed pizza. The way this works is rather simple, as in simply tossing the topping with the shredded cheese. The cheese (with toppings of choice) is then piled into the deep-dish pan lined with pizza dough. The second layer of dough goes over the cheese/topping mixture, then comes the pizza sauce. The long bake time (35 to 40 minutes is the average) for a stuffed pizza allows for the “toppings” to get a proper cooking.

Speaking of cheese –– over or under? Using standard shredded mozzarella or provolone, or a mixture of other cheeses, allows you to go either over or under or both. On certain pizzas —Mexican pizza, for example — I cut the refried beans with a bit of water to make them easier to spread on the crust (first topping). Next I sprinkle on a combo of Monterey Jack and cheddar. Over the jack/cheddar combo I add dabs of salsa. Now more of the cheese combo. Lastly, the chorizo slices followed by a sprinkling of cilantro. I would not, for example, put the cilantro under the cheese (I am going for taste and appearance here).

Keep in mind that with a classic deep-dish pizza as made at Uno or Due in downtown Chicago, the slices of mozzarella go on top of the dough and under the pizza sauce. The slices of cheese on top of the dough helps to insulate the dough from a soggy mess, while at the same time adds to the goodness (as in a good crust chew) of the finished product.

Fresh mozzarella is a different story. I would hate to see a classic Margherita pizza served to me that had the cheese under the tomato sauce. The melt would not be the same for one thing, and the appearance would be kind of weird. The same goes for that fresh basil on the Margherita. On top it goes, but only after the pizza comes out of the oven.