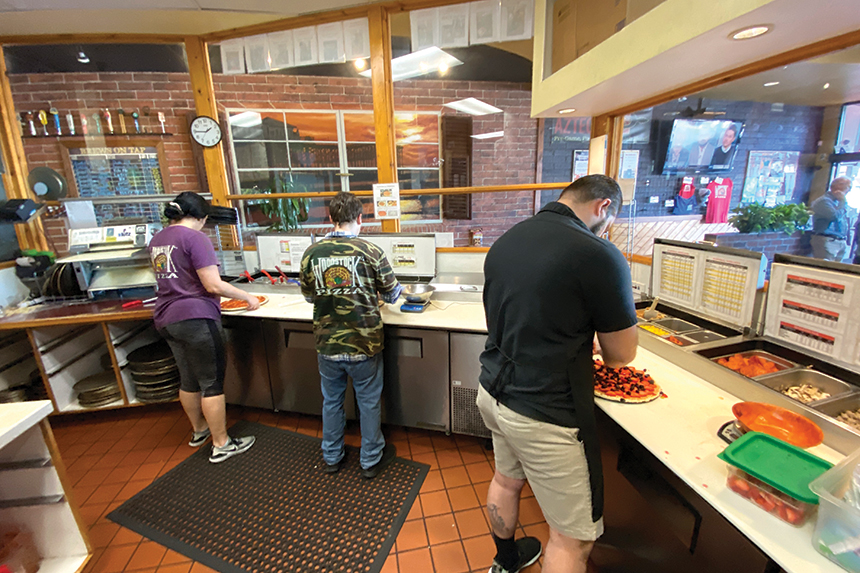 Building Blocks: Three Bottlenecks, and How to Fix Them

Building Blocks: Three Bottlenecks, and How to Fix Them

After all the hard work, customers are flowing into your pizzeria, drawn by a unique menu and attractive marketing. However, are you seeing there are parts of your operation that are working great when you’re slow, but as soon as you get busy, they back up everything? You probably have a bottleneck — and it needs to be cleared up quickly.

This isn’t such a bad thing. After all, if you weren’t busy, it would never have been exposed. However, you can’t just shrug it off. I’ve certainly seen my share of bottlenecks, so let’s take a look at three types of these problems and how to fix them.

Systems bottleneck. Your systems or procedures are broken, leading to interruptions in production. Sometimes, in fact, systems must be built around the way a kitchen or floor plan is designed. For example, in one of my restaurants, we had delays that would stack up simply because our makelines and cut tables were not very close together. Our employees would lose valuable time simply taking steps between stations to drop off tickets. In some instances, an oven-tender would be waiting for tickets before someone would drop off 10 at a time, confusing the oven-tender. You can imagine how that creates a bottleneck and backs up orders.

What was the fix? We placed a printer next to the oven-tender that prints all the makeline tickets, along with a trash can to dispose of old tickets. This made things far more efficient, allowing us to work better within a less-than-ideal space.

Equipment bottleneck. In another restaurant, we experienced a major bottleneck daily, as we found night cooks were performing prep work during dinner shifts, slowing up the amount of time it takes to make orders. This meant morning cooks were not getting their prep done. It would be easy to jump to conclusions and say we just needed better morning employees, but that wasn’t the case — it was an old, raggedy meat and vegetable slicer.

Rather than cutting all the meats and veggies in an hour, the morning cooks were taking three to four hours because the slicer’s blades were destroyed, parts were missing, and it hadn’t been oiled in at least a decade. Because of this, food had to be cut very carefully. The slicer was even shorting and overheating.

Depending on your budget, buying new equipment can be a big hit, but broken tools cost you money, too. We bought a new slicer, moving the old one into my junkyard of old equipment — problem solved. The morning cooks were getting things done on time, and the night guys went back to just making customer orders.

Training bottlenecks. The last bottleneck might be the most common. If your team is not trained on procedures correctly, it leads to massive bottlenecks. The short version to fix this one: proper onboarding and ongoing training. Of course, that’s easier said than done.

But as we’ve seen, you can widen bottlenecks. So, next month, we’ll explore employee training.