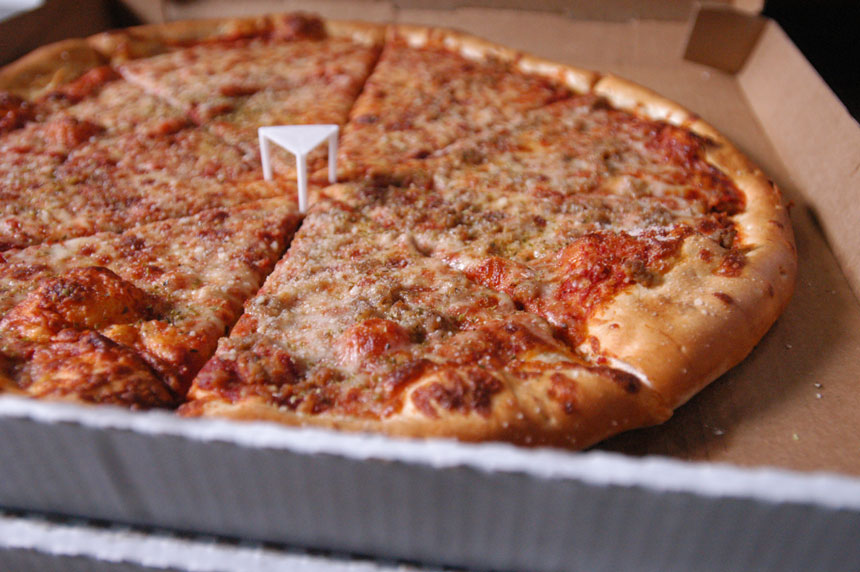 How should you approach the valuable customer-service segment?

For years, Rick Post and his partners at Albuquerque-based Il Vicino Wood Oven Pizza refused to enter the delivery game despite the pizza category’s longstanding ties to at-your-door service.

“We proudly carried that banner for a long time,” says Post, whose group opened the first Il Vicino in 1992 and now operates eight units across three states.

Last year, however, Post and his cadre of partners, all of them from fine-dining backgrounds, acknowledged shifting market conditions. Delivery, across all food categories, was rising and Il Vicino needed to act.

“We couldn’t risk becoming a dinosaur,” Post says. “If we wanted to increase frequency, then delivery was something we needed to do.”

Delivery, however, is far from a turnkey effort. From accelerating labor costs and solving logistical puzzles to installing quality controls, pizzeria operators have much to consider.

Nothing about the decision is easy or straightforward.

With an in-house delivery team, pizzerias maintain ownership of the delivery process from beginning to end. They control who customers see as the face of their brand, which helps to drive a more consistent guest experience and limit any lost-in-translation mistakes that can occur when external parties get involved.

“I like to know the person I’m sending out with an order and to keep that personal touch as much as possible,” says Brad Rocco, a pizzeria delivery driver-turned-award-winning pizzaiolo who runs Bexley Pizza Plus in Columbus, Ohio.

Yet more, in-house delivery eliminates the “middle man” fees of a third-party delivery firm, which can consume upwards of 30 percent of the ticket. Provided the operation has a financially sound delivery model, in-house delivery should translate into higher profit margins.

In-house delivery, though, can add many layers to a business – more costs, more safety issues, more overhead, more insurance coverage, more operational and staff coordination and more people, an especially important consideration given the always-pressing challenge of finding and retaining quality staff. Post, in fact, immediately ruled out in-house delivery at Il Vicino because of the insurance and labor costs involved.

“While in-house delivery services might boost sales and revenue, it may not necessarily equate to increased profitability if the execution is costly,” he reminds.

Largely fueled by consumers’ hunger for convenience, third-party delivery from the likes of Grubhub, Uber Eats, DoorDash and Postmates has exploded in recent years. And not surprisingly, some pizzerias are riding the wave.

Whereas Rocco’s delivery area at Bexley Pizza Plus only extends about two miles from his front door, his delivery partner goes up to seven miles away, which has extended his pizzeria’s reach and propelled brand awareness.

“I look at this as business I would never have otherwise,” Rocco says of his third-party delivery service, one he carefully selected because they wear uniforms, carry hot bags and are prompt.

Post similarly views third-party delivery as a means to capture share of stomach with customers who “were going to order food delivery anyway.” That’s why Il Vicino initially outsourced its delivery to Grubhub, which operates in each of its four markets – Albuquerque, Santa Fe, Colorado Springs and Wichita.

To be certain, the Grubhubs of the world get a cut of the action that eats into a pizzeria’s profit margins. To offset that cost, some restaurants add fees, but as delivery becomes increasingly ubiquitous, will customers continue to pay a premium for that expected convenience?

“Restaurants may have to explore ways to offset the costs of third-party delivery to remain profitable,” Bocca notes.

Quality control lingers as an important issue as well. For instance, food that arrives late or damaged, while potentially the fault of the driver, most often reflects poorly on the restaurant, which can hamper customer loyalty and public perception.

“If the driver is late, the customer holds us responsible, not Grubhub,” Post says.

There can also be time-sucking redundancies and added potential for errors. At Bexley’s Pizza Plus, for instance, staff review incoming third-party orders on a tablet. They then re-enter those orders into the store’s adjacent POS. If an order doesn’t hit the kitchen, however, a driver arrives with nothing to pick up.

Regardless of one’s approach to delivery, it’s critical operators dig into their data and consider delivery’s operational impact.

Bocca suggests “crunching the numbers” from inventory and workforce management perspectives to understand if “in-house and/or third-party delivery services would be worth the big spend” or, rather, detract from bottom-line earnings. Such analysis should also help leadership determine how they might adjust their budget, operations or technology systems to create a more profitable venture.

“Inch your way into it, and cut it off if it doesn’t work,” he says. “You want delivery to be as seamless as possible.”