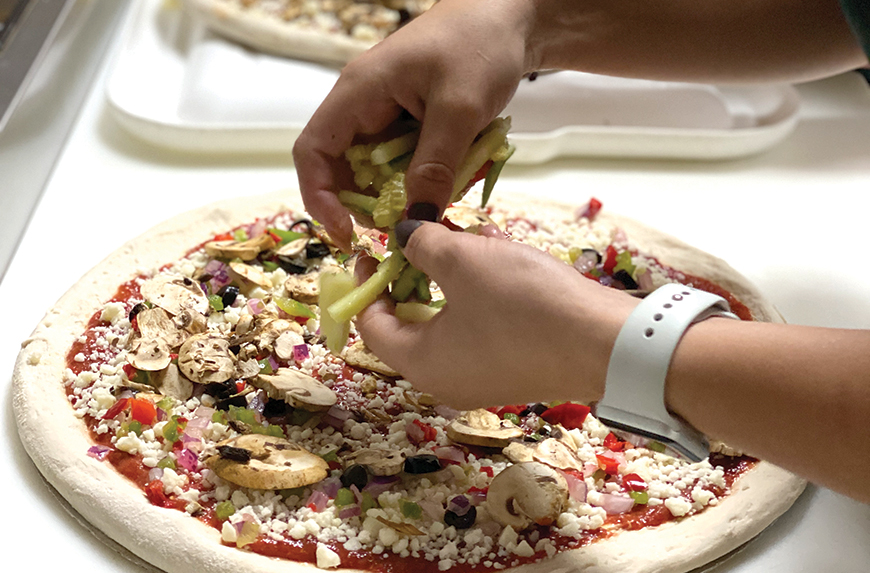 The Million Dollar Lesson: A Story About Portion Control

The Million Dollar Lesson: A Story About Portion Control

Here is a story about Dan.

Dan was ready to open his first pizzeria. As part of his business plan, Dan had to plan what food to sell and how much to charge for each item. “I need to consult with an expert.” said Dan. “Where can I find the top pizza experts in the world? The International Pizza Expo in Las Vegas!” Sure enough, one of the seminars offered was exactly what Dan needed. Dan attended Big Dave’s menu pricing seminar. With Big Dave’s guidance, Dan did the analysis of his pizzas and his food cost. Dan structured menu pricing to achieve 23-percent food cost. He now knew that his perfect Large Pepperoni Pizza needed to have 55 pepperonis.

Dan opened his pizzeria. Dan worked seven days a week for the first year. He saw every pizza that went out. He controlled his food portioning by coaching his pie makers every day. Sure enough, the food cost was 23 percent. Dan made enough profit to open a second pizzeria.

Dan started to work at his second location. The crew at his first pizzeria was honest, but with no measurement of portioning, and no daily reminder from Dan, the food cost was 2.5-percent higher. That was an increase in costs of $25,000 for the year. But Dan was too busy working seven days a week at his second pizzeria to notice. Dan still made enough profit to open a third pizzeria.

Dan started to work at his third location, but discovered he had to split his time amongst all three locations. With no portion control besides ‘Buddy Training’, two of the pizzerias had food costs roughly 2.5-percent higher, and one pizzeria had food costs five-percent higher than the 23-percent goal. It was later discovered that a shift supervisor was stealing at this location. Without measuring tools, it was not difficult for the employee to take customer’s money and make their food without ringing up the sale.

At the end of three years, Dan had three pizzerias and was losing $100,000 per year in food cost and making less profit than he was when he had only one pizzeria. “This was not part of my plan.” said Dan.

Once again, Dan turned to the Pizza Expo. By attending the seminars and talking with other pizza owners and managers at the Expo, Dan came up with a plan. Dan added three tools to his pizzerias.

Let us review the tools.

Although Dan had a training manual, and written procedures for how to make a pizza, the manual sat on the shelf most of the time. “How can I remind pizza makers what pizza should look like if I can’t be next to them every day?” thought Dan. If a picture is worth 1,000 words, it is certainly worth 1,000 pepperonis. If you sell 200 pizzas in a day, and the pie makers put five extra pepperonis on each pizza, you are short 1,000 pepperonis for that day. Dan took pictures of his pizzas and posted them at the makeline. Pie makers did not have to weigh ingredients or count slices of meats. The simply made the pizza look like the picture. That was easy.

Cheese is gold in the pizza business. Cheese cost is usually one-third of the cost to make a pizza. Dan discovered there were two primary methods used by successful pizzerias to control cheese cost. Cups and scales. Dan tested cups first. He bought one cup for each pizza size. He put 11 ounces of cheese in the cup for the large pizza and then cut the top of the cup off, so the 11 ounces of cheese came to the top rim of the cup. He then did the same for the other sizes of pizza. However, since Dan’s pizzerias shred their own cheese, this method proved to be inconsistent. Next, Dan bought a scale for each pizzeria and added lines on the scale face indicating the amount of cheese for each pizza size. The only ingredient the pie makers were required to weigh was the cheese. They were required to weigh the cheese for every pizza. This worked perfectly for the shredded cheese. That was easy.

Dan’s POS system had an option for ideal food cost and inventory. The POS company said that although this was part of every POS package, fewer than five percent of their customers utilized that portion of their package. It seemed like a daunting task to implement until Dan realized that 80 percent of the food cost was from 20 percent of the ingredients. Dan started with just those ingredients: meats and cheeses. With the help of the POS company, Dan programmed recipes for his menu in a single day. Then Dan had his managers input purchases and inventory every week. The POS system told Dan he was no longer short 1,000 pepperonis each day. That was easy.

Dan now has seven pizzerias with over $10M in sales and estimates that these three tools are responsible for over a million dollars in cost savings over the past five years.

That is the Million Dollar Lesson.

It cost Dan over $100,000 to learn this lesson. Don’t be a Dan. “Let me share this lesson with other pizza owners so they don’t waste the money I did.” said Dan.

Dan decided to give himself a daily reminder of the importance of portion control. “What if I wrapped my car in the very ingredient that started me on this journey?” thought Dan. Sure enough, Dan did exactly that to his 1972 Corvette.

How many pepperonis are on the Pepperoni Vette? I will give you a hint. Enough to make 11 perfect Large Pepperoni Pizzas!

Dan Collier is the founder of Pizza Man Dan’s in California and a speaker at International Pizza Expo.