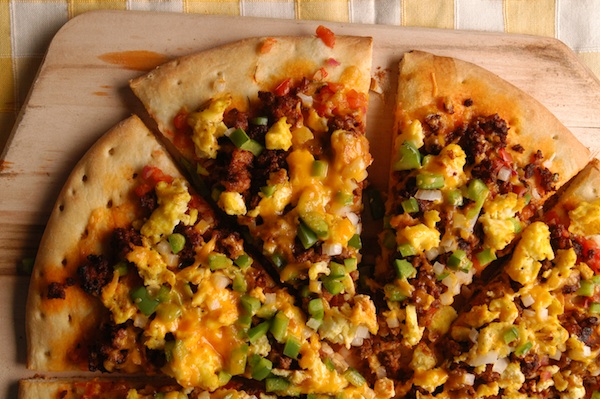 Tristan Kohler is the owner of a 24/7 Domino’s Pizza franchise in Dayton, Ohio. His pizzeria is the only Domino’s Pizza in the United States with a breakfast daypart. “We began offering breakfast pizza two years ago,” says Kohler.

The college campus location of Kohler’s franchise grants a demographic that marketing research firm NPD Group Inc. reports is a good market for restaurants to target for breakfast traffic.

According to a study authored by Dori Hickey, director of product management of NPD, called Morning MealScape 2011, 28 percent of males age 18 to 34 have the highest incidence of skipping breakfast and adults 55 and older have the lowest (11 percent for males, ages 55 and older, and 10 percent for females in this age range). Among children, the incidence of skipping breakfast increases as children age with 13- to 17-year-olds having the highest incidence (14 percent) of skipping the morning meal.

Tim McIntyre, vice president and director of communications for Domino’s Pizza, agrees that franchise location is a key to success when considering adding a breakfast daypart. “The three Domino’s Pizza franchises that have breakfast pizza (two in the UK and one in Dayton, Ohio) are all very near college campuses.”

Breakfast pizza as a menu option appeared on Technomic’s MenuMonitor, a food-based research and consulting firm, for the first time in 2010, which is one reason it is difficult to obtain profitability statistics. Another reason, says Howard Cannon, CEO of Restaurant Consultants of America, is because of the different ways breakfast pizza is being offered to the consumer: “There aren’t any stats on how breakfast pizza is being accepted because it is being offered in a patchwork approach. However, the success of the product is like any other daypart or menu offering: It comes down to volume of purchasing juxtaposed against plate profit.”

Cannon advises clients to consider all options before rolling out a new daypart. “We know what Americans eat. Trying to train ‘your’ customers in ‘your’ marketplace to eat something they are not accustomed to eating means you better have a big marketing budget.”

McIntyre understands that concept. “Domino’s does not offer a breakfast daypart in the majority of our restaurants because we believe we still have opportunity for growth at lunch, dinner and late evening,” he says, acknowledging that a Domino’s 24/7 franchise comes with considerations for the independent franchisee like obtaining a special business permit and finding employees for extra shifts. “The majority of our stores are owned by independent franchisees,” he says. “It is up to franchise owners to consider costs and then apply for an operations exception to us and to apply for zoning in their local venues.”

Because most pizzeria owners already have the ingredients needed to make breakfast pizza on hand, adding a breakfast daypart comes down to restaurant owners scrutinizing their unique marketplace. “The breakfast daypart is not the easiest segment in which to gain market share,” says Cannon. He suggests pizzeria owners study other restaurants like Subway. The sandwich shop chain recently rolled out a breakfast menu. “If you can expand into the breakfast daypart without losing momentum and traction in your current daypart it is never a bad idea to investigate the idea,” he says. However, Cannon also cautions pizzeria owners to ask themselves questions. “Subway’s busiest daypart is lunch,” he says. “Do you think the same customer is going to buy breakfast at Subway and then come back for lunch? Have I hurt my established profitability by rolling out a new daypart? Now think about that from a pizza perspective.”

Stevi B’s Pizza has 40 locations located in eight states. The chain offered breakfast pizza as a part of the lunch and dinner dayparts but found customer orders low. Matthew Loney, president of the company, found a niche market for breakfast pizza. “Basically the only time the breakfast pizza is consumed in our market is when we are asked to do a morning catering event.”

While it is apparent pizzeria owners should be cautious about adding a breakfast daypart, it is also apparent that breakfast pizza is slowly being put on menus around the country. According to research done by Technomic MenuMonitor, at the end of 2011 there were 14 pizza items on breakfast menus, a 17-percent increase.

Kohler thinks breakfast pizza is the best-kept secret of the pizza industry. “If you are a pizza veteran with any company you’ve probably tried it,” says Kohler. “Since our franchise is located at the University of Dayton and was already open late and with a lot of traffic, it just made sense to begin opening from 6 a.m. to11 a.m. and support the new daypart with a breakfast pizza.” Kohler considers adding the breakfast daypart a success and says, “That we are a pizzeria open for breakfast gives us some notoriety around campus as well.”

Whether the pizzeria owner opts for adding a breakfast daypart or finds another way to incorporate breakfast pizza, statistics show that the menu option is on the rise.

Domino’s Pizza in Dayton, Ohio (close to the University of Dayton) sells an egg and cheese pizza with three additional toppings for $7.99.

Joe’s American Bar & Grill in Boston, Massachusetts (Newbury Street), offers a breakfast pizza made with eggs, Italian sausage, onions, roasted red peppers, fresh mozzarella, and provolone. The pizza is served on Saturdays and Sundays from 8 a.m. until 3 p.m. and costs $11.99

Pulino’s Bar & Pizzeria in New York City claims to be America’s first breakfast pizzeria and offers an extensive variety of breakfast pizzas. The Patate breakfast pizza is made of eggs, tenderly cooked potato, sausage, fontina, and green onions ($8 small, $16 large). The pizzeria is open for breakfast, brunch, lunch, and dinner.

Vyvyan Lynn is an independent journalist. She lives in Georgia.