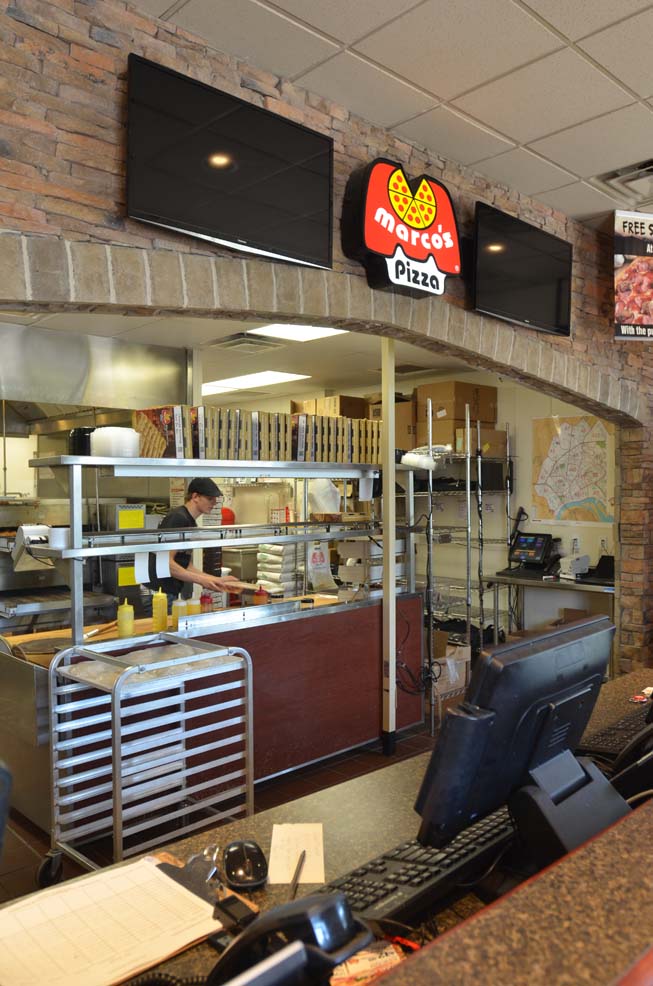 These corporate pizza chains are on the grow and making waves.

With its focus on a higher-end look than normally found in delco units and a dedication to serving pizza that isn’t your typical mega-chain quality, Marco’s Pizza has quickly climbed the ranks of our annual Top 100 Companies list. In fact, it has been one of America’s fastest-growing pizza chains for several years running now. It took another massive leap in 2013 when it went from 21st on our ranking to 12th.

While the 2014 rankings are currently being compiled, Marco’s reported having 387 units and $280 million in sales when the company submitted its survey data for our 2013 compilation.

The first Aurelio’s Pizza opened in 1959 when founder Joe Aurelio, Jr. was just 26 years old. Ironically, the shop was known for its Italian beef sandwiches, which were (and still are today) a staple in the Chicago area. But it didn’t take long for word to spread about the pizza.

Flash forward 50-plus years and Aurelio’s is now an expanding Midwestern-based chain.  Aurelio’s leap-frogged 10 spots on our Top 100 Pizza Companies list when it moved up from 59 to 49 last year. Could the company’s founder have imagined that one day Aurelio’s would be one of the 50 largest pizza companies in the United States?

With 40 stores doing $44.8 million in sales last year, it’s easy to see why the small chain is a force to be reckoned with.

The company’s steady growth has seen it expand out of its home territory and open stores in Nevada, Georgia and Florida.

We’re interested to see where Aurelio’s goes from here!

One of the biggest gains when we published our last Top 100 Pizza Companies list came courtesy of Beggars Pizza. The Blue Island, Illinois-based chain picked up a whopping 16 spots. Its survey data placed it as the 54th largest concept in the nation in terms of gross sales. Last year Beggars reported an astounding revenue of $40.4 million coming out of just 22 stores. That’s a killer average of $1.8 million per store!

18 of the chain’s 22 stores are sprinkled throughout northern Illinois in towns like Plainfield, Oak Forest and New Lenox. The remaining four stores are located in neighboring northern Indiana.

While there are a handful of Chicago units, Beggars thrives with locations in smaller cities/towns where the company can become ingrained in the local community. That’s a timeless recipe for
success that will never go out of style.

If ever there were a small company that looks and acts like a large major chain, Pizza Guys is it. Its sleek Web site and menu look like something right out of the Domino’s or Papa John’s playbook.  This is a company that is looking to grow through franchising and will continue climbing our Top 100 Companies chart in the years to come.

It separates itself from others with a detailed understanding and commitment to social media.  Pizza Guys has a firm grip on online ordering and we expect its per-unit averages to reflect this moving forward.

In 2013, the company reported a touch over $40 million in sales. With roughly 60 units in operation, the nearly $660,000 each store averages is right in the wheelhouse for potential franchisees/investors who might seek to develop a given area with more stores in the future.

Where will Pizza Guys go from here? Stay tuned as the growth story continues to unfold.