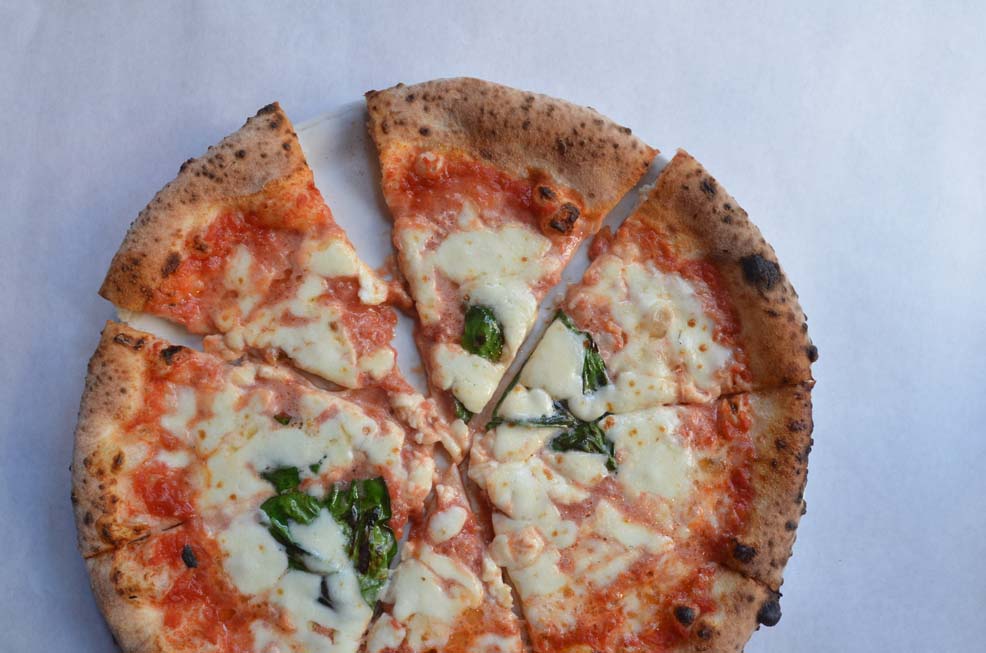 When Paolo Tramontano visited New York on a vacation in 1999, he likely did not realize what his future had in store for him. Nearly 16 years later, he’s living in Nashville and treating the masses to Neapolitan cuisine at his popular restaurant, Bella Napoli Pizzeria. It has been an interesting ride for the immigrant, to say the least.

“I came for vacation,” he says in his broken English. “But I met some friends and I ended up staying.”

Tramontano took a job as a chef in the Museum of Modern Art. While he enjoyed it, he soon found himself soaking up the sunshine in south Florida.

“I went to Miami, to the South Beach area, and opened a restaurant down there with the owner,” he says. “The restaurant was on Ocean Drive, but after 9/11 business wasn’t good.”

Since his wife had family in Nashville, Tramontano was once again on the move. Only this time it was a real leap of faith — there were no planned restaurant openings or guaranteed gigs for him in Tennessee. In fact, despite his credentials, he took a job busing tables with the promise that kitchen work would one day come.

“I was making tips,” he says. “The restaurant already had a chef, but when he retired I became the executive chef. Two years later I worked with a partner and opened this (Bella Napoli).” Tramontano says he has since bought out the partner.

Nashville is not new york or Miami. Bella Napoli was an unfamiliar concept to the Music City.

“There wasn’t a Neapolitan pizza place in Nashville when I opened,” says Tramontano. “People had no clue you could cook pizza in under two minutes.

“We had people ask questions all the time. Is the pizza supposed to be wet? Is the crust burnt because there are some black spots? People here knew New York-style, and that’s good, but this is different. It was important to me to feel like I’m in Naples here. Because I spend so much time here I wanted it to feel like I was at home. That’s what I went for. And even though we were serving nothing but top quality we had to get people to understand that this pizza is different from what they were used to. But it’s okay. In Italy, they don’t know a good burger. An American chef could go there and open a great burger restaurant and make a lot of money.”

“In the beginning we did a Living Social deal to get our name out there,” Tramontano explains of his early marketing efforts. “But that was really it. After that it has been just word of mouth.

“We get a lot of customers from Vanderbilt, from downtown, from all over. They come in, have dinner and wine, and I try to talk to as many of them as I can. I like to be out in the dining room, meeting the customers and sharing my passion with them.”

While there are plenty of times when he rolls up the sleeves and gets to work in the kitchen, Tramontano says he has a good kitchen staff. He says he keeps workers by challenging them.

“When we get busy, it gets crazy,” he says. “They make good money here, but they stay because it’s a fun and busy environment. They can make money anywhere in Nashville. Here, they know they have to do their job right because the customer pays everybody’s bills.”

Tramontano says the simplicity of Bella Napoli is what makes it so lovable.

“I’m a chef,” he says. “I was a chef everywhere I went. But here I’m a pizza maker because I cook pizza all day. And I do that because I like it. I learned how to do it just by watching, and now it’s a passion.”

Bella Napoli sells around 800 pizzas a week, though that number is closer to 1,000 during summer months.

“I like it because it is simple, but delicious,” Tramontano says. “Our dough, we make it one day ahead and give it a 24-hour rise. Flour, yeast, salt and water is all we use to make it. It’s all you need.”

Though it’s a tad sentimental, Tramontano says he loves Bella Napoli so much that he makes sure to show that each and every day when he comes and goes.

“To me, even when I turn on the lights in the morning, it’s a big thing,” he says. “And every night when I leave, I say goodnight to the place. It’s something I love.”

That, he says, is how Italian and American restaurant owners sometimes differ. “In Italy, customers will go for a meal and stay there for three or four hours,” he explains. “That’s a more Italian way, and the people who own restaurants in Italy don’t ever rush them. Things are just different. But in America, the systems are better. Here is where I learned the systems of organization. When I used to serve 200 customers in two hours in New York, you had to have great systems to do that.

“So everywhere you go, there is something to learn. Something that makes you better. I have worked all over. I’ve worked in Italy and Barcelona, Spain. You take away something from every place you go. Then you take what’s most important and you put it together for your customers.”