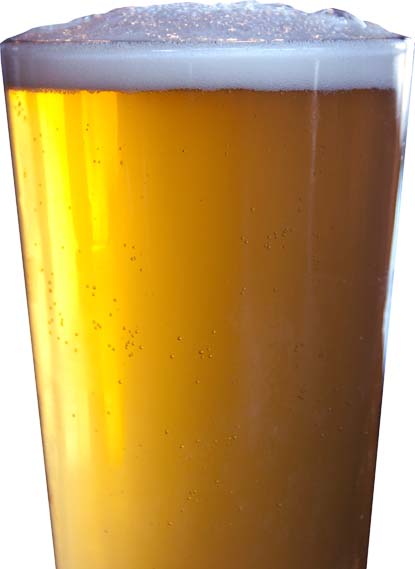 “There is no better time to be a beer lover in the U.S. than today,” says Julia Herz, Craft Beer Program Director at the Brewers Association. With 3,100 craft breweries in the U.S. rivaling its boom in the late 1800s and craft beer’s rise in consumer popularity, pizzerias across the country are tapping into the craft beer movement.

Craft brewers like New Belgium Brewing Company are experiencing exponential expansion. “Craft is driving all of the growth of the beer industry with the large domestic brewers suffering consecutive years of declining sales with their flagship domestic light lagers,” says Jason Oziel, director of national accounts at New Belgium.

Beer lovers are a market segment where you can’t simply offer a list and they will flock to your restaurant. To become a beer destination requires the same focused approach as you have for your pizza line. Key components that established beer destinations share are:

• Beer selection and variety. “You don’t have to have 60 taps,” Herz says. “But what you do have should be a variety of different beers from different producers and different beer styles that also represent the diversity of beer being made in the U.S. and around the world.”

According to GuestMetrics research, Indian pale ales are most popular, followed by pale ales. Together they account for more than 30 percent of the craft beer sold on premise. Belgian dark strong, wheat, golden/Kolsch and stout round out the top six respectively. Seasonal beers also draw beer enthusiasts. Learn more about craft beer at Craftbeer.com

• The right equipment. Draft beer gives establishments the capability to provide easier sampling and revenue avenues like growlers. “A draft system will help enhance sales because of a chance for taste and there is also that visual recognition across the room of the tap handles,” Herz says. “There is a variety of rotating inventory that might not be available to you in the packaged product.”

With the opportunities a draft system brings, beer enthusiasts can taste whether a draft system has been properly maintained. One of the biggest red flags for beer lovers is dirty beer lines. Herz says systems should be cleaned every two weeks with proper cleaning techniques.

Foaming can also be an issue. Since foam is 25-percent beer, profits can go down the drain. “The No. 1 problem with foaming in a draft system is temperature based,” Herz says. “You want to make sure you have the right people guiding you on the fact that that system needs to be balanced.

“We at the Brewers Association recommend cold storage of case boxes and bottled and canned product at 50 F or less and kegs should be stored at 40 F or less — that is as opposed to letting it sit at room temperature. If you have cold storage for your beer you are going to preserve the shelf life of that beer longer. Beer degrades just like food.”

Not all draft systems are created equal. Herz says to lean on your distributors to help advise you.

Whether draft, bottle or can, glassware is critical. “The type of glassware can enhance the aromatics and the sensory features of those beers served in them,” Herz says. Not every beer should be served in a standard pint glass. Learn to recognized which beer goes with which glass.

Cleanliness of glassware is also a factor. “A great addition to any beverage program is the ability to rinse your beer glass right before service at the draft tower,” Herz says, adding that a clean glass rinser gets rid of any dust and residual detergent. It also primes the glass and lessens foaming.

• The right beer menu and staff education. “Think about beer as something that you should be staffed to sell not just staffed to serve,” Herz says. She suggests your menu and display boards should include alcohol level (BPV), beer style, brewery name (including city and state) and any special ingredients or brewing process that the beer has been exposed to. “It helps create a sensory picture before you even commit to purchasing the beer,” she adds. Price and pour size are also pertinent.

Curious beer enthusiasts like to ask questions about new beers on your menu. Training staff on your beer menu should go further than just providing a list. “There is no replacement for passionate, informed servers,” Herz says. “We are not saying your servers have to be complete beer cicerones, which is the beer world version of the wine sommelier.”

Distributors and the breweries themselves can be excellent resources for staff training. “Any distributor that can’t support or enhance what you are doing education-wise should be questioned,” Herz says.

“New Belgium offers a training module on all of our beers called Beer Confidence,” Oziel says. “A confident server or bartender is going to create a better dining experience for your customers and likely increase their check average and gratuity. Everybody wins!”

Pairing food with beer also gives your servers a greater vehicle to sell more beer. Some pizzerias even provide pairings on their regular or specials menus. They also host designated beer dinner.

One of the most common questions that Herz received from pizzeria operators in craft beer seminars at last year’s International Pizza Expo was “How do I get ‘these’ beers?” She says, 94 percent of craft breweries in the U.S. make less than 15,000 barrels per year, with many only distributing locally or regionally. “If you are going to be a beer destination, you cannot assume you are going to get all of the hot sought-after brands,” Herz says. “To be one of those select retailers, brewers are picking and choosing who puts the most care behind their beer program to then often decide who gets some of the special gems of beers.”

Oziel says securing a rare beer requires relationship building. “It certainly helps to establish a true partnership with the brewery, meaning you have a relationship with the brewery rep and work together to sell the right brands from the portfolio on a year-round basis,” he says. “Going the extra mile to create excitement within your establishment for a hard-to-get beer is also helpful. Whether that’s a meet-the-brewer night, a special menu pairing the beer with unique food offerings, or a creative promotion, taking it a step further than just offering the beer for sale will go a long way to helping you secure that rare beer.”

The passion behind your pizza quality drives pizza lovers to your shop. Show that same effort for your beer program and beer geeks will find you.

Farm-to-table has been a hot trend for several years in the food industry. Beer is experiencing a similar rise. Barley’s Taproom and Pizzeria in Asheville, North Carolina, emphasizes local and regional beers from its 56 taps.

“We opened in 1994 with nine taps,” Owner Jimi Rentz says. “No local beer was available at first. Highland Brewery started in our basement and had the first local brew to us about three months after opening. We knew once people were reunited with craft beer, they would generally not go back to macros.”

The Asheville area has seen massive expansion in beer production with Sierra Nevada, New Belgium and Oscar Blues building brewing operations there. In addition to large volume producers, Rentz also looks to local microbreweries. “We bring in new seasonal and specialty beers as they come available,” he says, adding that they will feature Foothill Brewing’s Sexual Chocolate in time for Valentines Day.

Jason Oziel, director of national accounts at New Belgium Brewing Company, warns, “Just because it’s local does not mean it’s good. Don’t get caught up in a brewery just because they are down the street. Make sure the product you get from them is consistently good quality and they are taking measures to help promote their products and offer a top-notch beer experience for your customers.”

Denver, Colorado-based Hops & Pie worked with a local brewery to create a unique house beer, Hop 26, a West Coast-style IPA that is a mainstay on the pizzeria’s beer menu, as well as an important component to its dough formula and food menu.

Hops & Pie Co-owner Drew Watson offers operators who are considering a private label sound advice: “When choosing a brewery to approach for something like this, you need to be aware of their strengths, all breweries are better at some styles than others. In our case, we wanted a hoppy beer so we knew we needed to select a place that excelled. It also helps to choose a newer place that does not have a ton of draft accounts and would welcome the sure thing/guaranteed sales.

“The last thing is to take note of the kind of business owners they are, because you need a brewery you can rely on week in and week out to have your product. So they have to have a large enough system — if they all of a sudden ‘blow up’  — they won’t leave you by the wayside to make more interesting fun beers they can sell over their tasting room counter, because, lets face it, they make many times more money that way than selling 150 half barrels.”

For an in-depth Q&A with New Belgium’s Jason Oziel on the brewer’s side of selling craft beer, read A Conversation with Jason Oziel, New Belgium Brewing Co.