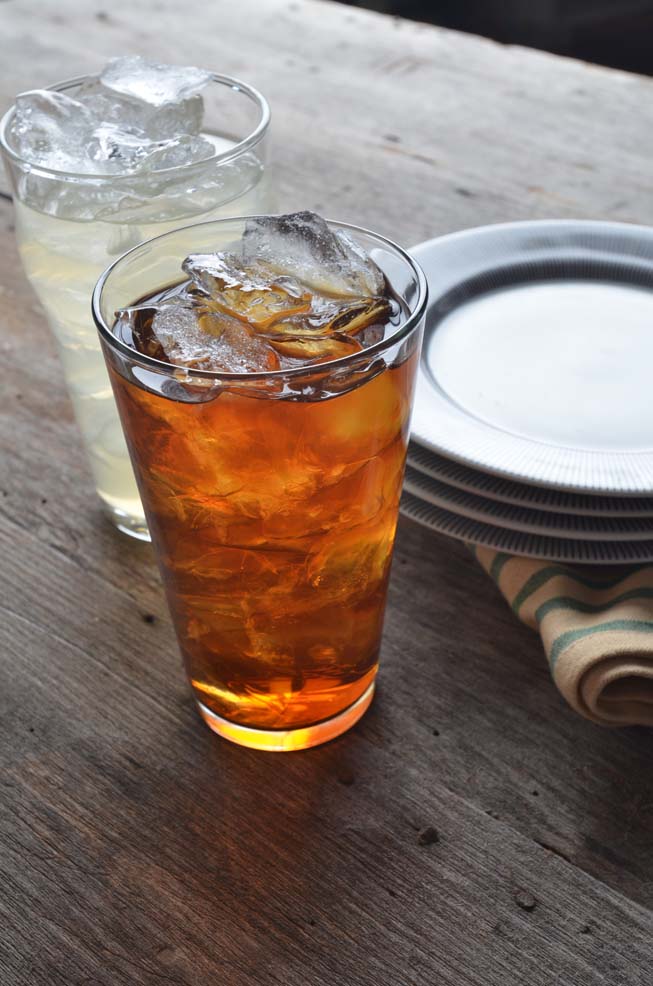 It turns out not everyone likes soda with pizza. In fact, soda sales are down in restaurants, as consumers seek something new in non-alcoholic beverages. Operators are responding with everything from old standbys to new concoctions with fun names.

Some people simply don’t like soda, and others disdain it for nutritional reasons. “We get a lot of families, and a lot of health conscious people who don’t want their kids to drink soda,” says Dan Bjugstad, general manager of Pizzeria Locale in Boulder, Colorado. Bjugstad says fresh lemonade is a big seller, and the restaurant’s bartenders prepare batches of it daily in the summertime.

Pizzeria Locale also offers bottled water and organic milk. For the more adventurous, non-alcoholic drinkers, the bar staff prepares spritzes, which consist of a fruit syrup made of whichever fruit is in season. Bjugstad says technically the syrup is a shrub, which uses an old preservation technique. The bartender mashes fruit and sugar together, then adds white vinegar and water. The mixture then stands for three to five days. Then the fruit is strained, and the mixture is added to soda water over ice.

“We definitely get multiple orders a day,” Bjugstad says. “It’s a fun one.” The drink has a higher cost than the sodas that Pizzeria Locale serves in bottles or cans, but the shrub lasts longer than fresh syrups. In February the seasonal shrub was blood orange, and Bjugstad says he has made shrubs using watermelon, raspberry, blackberry, plums, pears and other fruits.

The desire for an alternative to soda is not limited to families or health enthusiasts. Soda is on a bit of a decline. Beverage Digest, citing statistics from Guestmetrics, reports that the beverage business in restaurants, measured by number of transactions, was down in 2013 versus 2012. Non-alcoholic beverage transaction sales were down 3.3 percent, which was somewhat worse than the 3.1 percent decline for all beverages. Non-alcoholic beverages such as coffee, fruit juices, bottled water, milk and virgin cocktails gained share in restaurants.

The report used a database of 4,000 units, 70 percent which are independent restaurants and 30 percent are parts of chains. Also according to Guestmetrics, in 2013 in these U.S. restaurants, carbonated soft drink transactions were down seven percent. Diet carbonated soft drinks were especially declining. While regular soda was down 5.6 percent in terms of number of units sold, diet sodas were down 10.5 percent.

Those figures probably would not surprise Trevor Leppek, co-owner/operator of Noble Pie Parlor in Reno, Nevada. This is how he breaks it down: if 20 people walked in the door, six would order soda, three would order lemonade, iced tea or juice, seven would order beer/wine/spirits and four would just drink water.

The lemonade and iced tea, separately or as an Arnold Palmer, are both very good sellers at Noble Pie Parlor. “We charge 50 cents more for them than sodas, so the margins are really great,” he says. “It provides more variety to our offerings, especially to those people that want something other than water that contains less sugar than soda or no sugar at all in the case of the tea.”

Soda sales have been down for a few years, in stores as well as in restaurants. According to New York City-based IBISWorld, Inc.’s November 2013 report on soda production in the U.S., in 2013 the average American was projected to drink 38.6 gallons of soda, down from 42.1 gallons per capita in 2008. Industry revenue was estimated to decline an annualized 1.3 percent to $19.7 billion over the five years to 2013, including a decline of 3.6 percent in 2013. The research company forecast that industry revenue will decrease at an average annual rate of one percent to $18.7 billion in the five years to 2018.

Fortunately for restaurant operators, many of these options are available in low-cost, high-margin fountain versions. Also, some vendors provide data that can help operators decide which drinks to offer.

Allyson Smith, chief marketing officer for Atlanta-based Stevi B’s Pizza Buffet, says the 49-unit chain switched to Pepsi three years ago. “One of the first things we looked at was the declining carbonated beverages trend, and how we can overcome that and provide other solutions for our customers,” Smith says. “We are a family restaurant so we accommodate children as well as moms and dads, and all three have different preferences.”

Smith says Pepsi offers software that helps restaurants identify the right lineup of beverages to accommodate the target audience. Otherwise, the chain would have to guess which sodas are the most popular. “With us being a buffet it’s more difficult because we don’t have the drinks at the register,” she explains. “People do not specify a beverage. They get a cup and they refill as many times as they want.”

Tea is still very popular, including new iterations involving green tea. Many of the big soda companies offer teas and juice drinks in fountain form as well. That makes the margins much more attractive than bottled beverages, Smith says. Stevi B’s tested milk and juices in the past, but those were higher cost items and people did not want to pay more. Even in the economic recovery, people still like free refills.

“We’ve seen consumers are still very price sensitive, especially in our demographic,” Smith says. “More guests are going to drink off the fountain than pay an upcharge.”