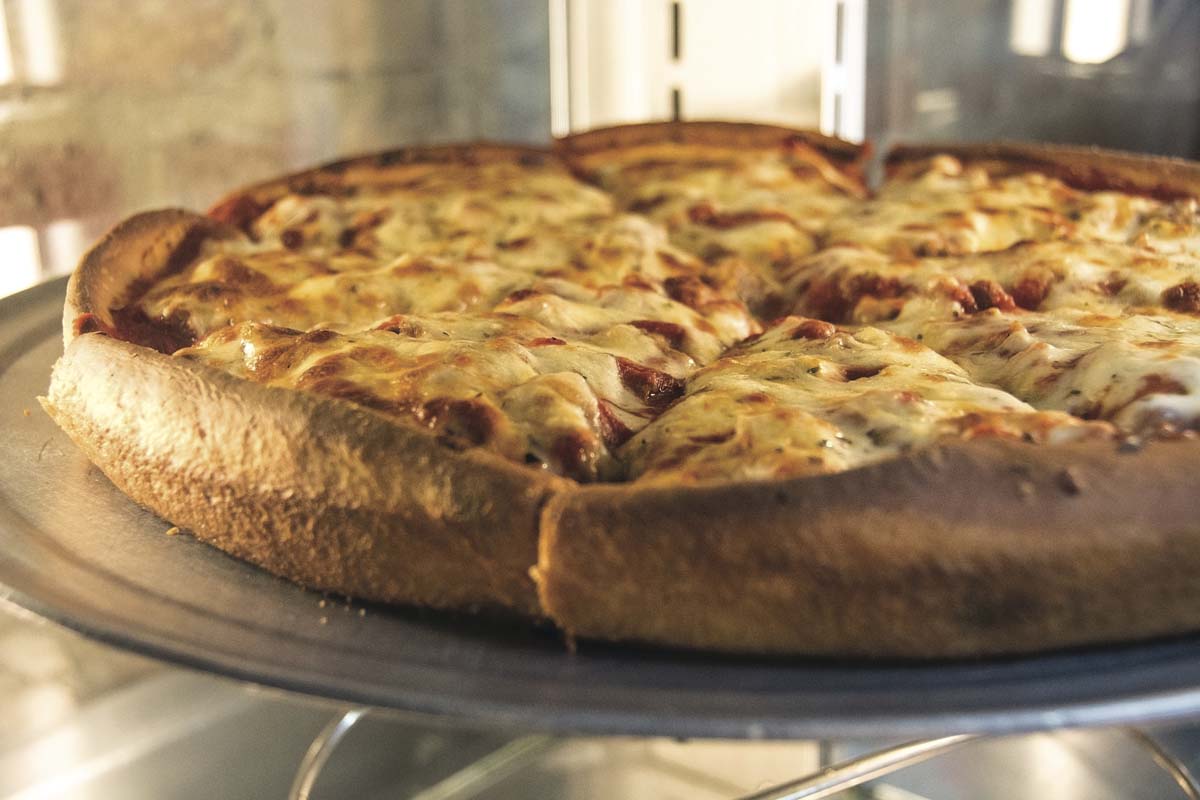 J.B. Alberto’s is a Delivery Powerhouse

When Tony Troiano was in high school, he did not necessarily get to participate in all the extracurricular activies so many kids often enjoy. That’s because he had a business to run.

Tony Troiano (middle) has been in the pizza business since the 1970s.

“When I was five years old I was wiping down tables, cutting bread and grinding cheese for my dad’s pizzeria,” he says. “I was born into the business. My father owned a pizzeria in Chicago called Vito’s Pizza. He bought the place in 1960. He was one of probably only a dozen pizza joints in the city. Pizza wasn’t real big back then.”

Following that path, Troiano got into his own shop at the young age of 16. His father fronted him the money to help purchase an existing pizzeria in 1978.

As one might expect of a teenager, Troiano made plenty of mistakes along the way.

“I was still in high school,” he says. “So I would go to school during the day and my dad would cover for me, then I’d run the pizzeria at night. It was tough. The beginnings were very humble and tough.”

After trial and error, however, Alberto’s began to grow rapidly. So Troiano did what many enterprising young men would do: he bought a second joint.

“It was called J.B.’s Pizza,” he says. “It was a local competitor that was available. He didn’t care for the business anymore, so we went and bought it. We bought Alberto’s December 1, 1978 and we bought J.B.’s in the summer of 1982. We ran them separately for about a year until we prepared this location. We own the real estate here, so we wanted to prepare this location to double the business.”

Once the businesses were combined to what is now known as J.B. Alberto’s, Troiano was able to focus on what his operation did best: delivery.

More than three decades later, the business he bought into at age 16 is now one of the busiest delivery shops in the nation. In fact, sales are near the
$4 million mark.

J.B. Alberto’s is set up specificially to handle large volumes. Troiano uses rotating deck ovens that can accommodate multiple pizzas at one time. A bank of phones staffed by 8 to 10 order takers on a busy night helps expedite the process.

“We do a lot of volume,” Troiano says. “We’ll do around 1,100 orders each day. On a busy night we’ll have somewhere around 30 delivery drivers going.”

While pizza accounts for the majority of the business, J.B. Alberto’s offers a full menu that goes well beyond the comfort zone of the typical pizzeria. Burgers, steaks, seafood baskets, fried chicken, BBQ ribs and even house-made cole slaw are all on the delivery menu.

“We do offer a little bit of everything,” Troiano admits. “We have people who eat here three, four times a week. There’s such a variety here that you can do that and not have to eat the same thing.

“The other thing we want to do is take away the veto vote. Sometimes if you are ordering out, there may be that one person in the family who doesn’t want pizza or can’t eat pizza. So the family ends up ordering something else. But with us, everyone in a family can make one call and place one order and all sit down together and eat at the same time whether they’re all eating pizza or one of them is eating a fried chicken dinner.”

Still, says Troiano, the primary focus is pizza. And while his restaurant offers both thin-crust pies (often referred to as “tavern style” in Chicagoland) and deep-dish, J.B. Alberto’s knows what ultimately pays the bills at the end of the day.

“I can’t get away from my core business, which is Chicago-style thin-crust pizza,” says Troiano.

The restaurant promotes its pizza through a variety of ways, from t-shirt giveaways to community involvement.

“Community involvement is huge,” says Troiano. “We help out pretty much everyone who asks. Because it just comes back to you in goodwill and customer loyalty.