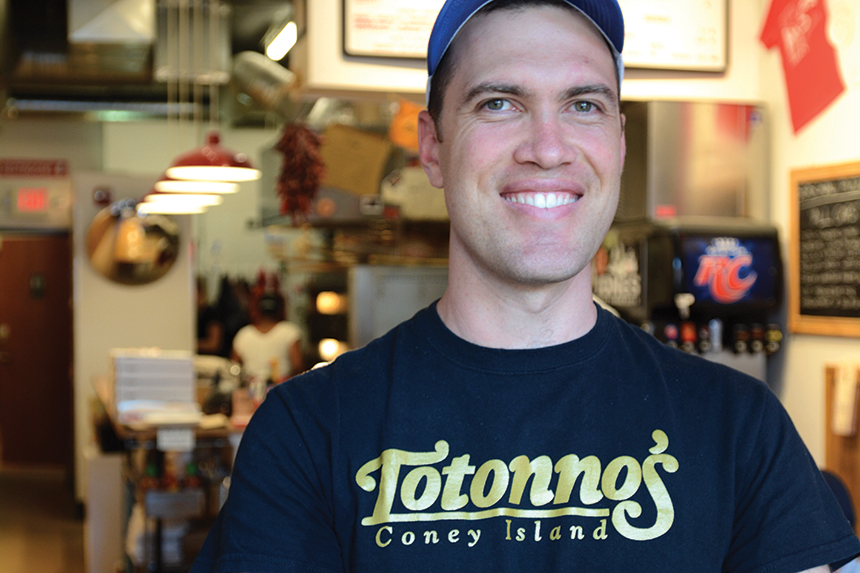 On the Road: Scottie’s Pizza Parlor, Portland, OR

On the Road: Scottie’s Pizza Parlor, Portland, OR

When The Daily Meal named Portland, Oregon, amongst the great pizza cities, we weren’t surprised. We’ve made several trips to the City of Roses to visit a number of top pizzerias. We were introduced to Scottie’s Pizza Parlor as part of our Young Entrepreneur of the Year award at last year’s International Pizza Expo when owner Scottie Rivera came in second by a single vote. We knew we had to see what this small urban pizzeria was all about.

Born in Brooklyn, Rivera shared time between his divorced parents in New Mexico and New York City. “I think a lot of New Yorkers and people from the East Coast can relate to not finding good pizza when they move away,” Rivera says, adding that people question the water, the flour, etc. “So I decided to learn how to make pizza myself the way that I thought was good. I very quickly learned that it was not as easy as I thought it would be, and (I) started to use cookbooks and whatever I had, whatever tools I had (like) cookie sheets and made some really, really bad pizza. I think because it turned out to be so hard, I kept wanting to get really good at it. I was like ‘How can this be so hard? It’s just a pizza. There are three things you have to get right. It’s just dough, sauce and cheese.’”

In his obsession, Rivera turned to forums, blogs and YouTube videos to make good pizza, the kind he grew up eating (which for Rivera was Brooklyn’s Smiling Pizza on 7th Avenue).

Eventually, “I got a pizza stone, I started messing with my oven –– I broke at least one oven which happened to be three days before Thanksgiving –– this became my biggest and most passionate hobby.”

Rivera spent time working for Apple and met his wife, Amy Coplen, in college, eventually deciding that cooking was his passion and took a job baking at a coffee shop before landing in Portland when his wife began a PhD program. He worked his way into a fine dining position at Italian restaurant Ava Gene’s, where he admits he was probably in over his head as a chef. “I realized this is really stressful,” he says. “There’s so much pressure (and) I didn’t have the skills. … I wasn’t ready to work in a place of that caliber.”

Amy encouraged him to get a job at a pizzeria instead, working at Handsome Pizza under the tutelage of owner Will Fain. And Rivera also helped launch East Gleason Pizza Lounge. “We were all super nerdy about pizza,” Rivera says, and those environments and people were all instrumental in opening the 700-square foot Scottie’s Pizza Parlor in July 2015 in Southeast Portland on Division Street. It’s decidedly a foodie neighborhood, but Scottie’s has been able to hold its own since opening just six months after he left his last job.

“The labor that goes into producing food, I just feel, is so undervalued in our economy,” Rivera says. “I have experienced low pay, long hours, no breaks and felt underappreciated and undervalued. Priority number one when I was planning to open a pizzeria was to pay everybody a starting wage of $15 an hour. …. I also wanted to not charge an arm and a leg for pizza. It’s communal food. It always has been since it started. It’s food for the masses. It’s cheap, it’s easy to eat and it’s ready to go.”

Rivera admits he doesn’t try to compete with the plethora of restaurants around him. “The thing about Portland is that we have such a strong sense of community in our whole food industry that so many of the people who work in the industry and the people who own businesses are all part of the same network. We’re all friends. We talk to each other and we share ideas. What keeps us all thriving is that nobody wants to copy anybody else. Everybody is trying to do their own thing and be unique.”

Pizza’s subjectivity makes it hard to choose what’s considered “the best pizza in Portland” so Rivera just tries to make pizza similar to what he grew up with, which Portland doesn’t have. “There’s so many pizzerias in Portland, and every one is different,” Rivera adds.

Though large, foldable slices are Scottie’s bread and butter, when it comes to the menu, the top-selling pizza was an accident. “Nobody else here is doing a grandma pie,” he says. “To me, grandma pizza is proofed for a small amount of time in the pan –– half an hour or less. No more than an hour. The crust is still relatively thin. It’s not an inch thick. It’s like half an inch or thinner if I had to be specific.”

The sauce sits atop the cheese, and although Rivera says many folks confuse it with Detroit style, they put the cheese all the way to the end of the pan. “My reasoning for that is that Grandma is throwing together dinner for the whole family,” he says. “She doesn’t have time to make sure the cheese doesn’t touch the edge of the pan. It’s going to be a little sloppy.” A whole grandma pie, dubbed the DeFino, is $29 and includes fresh mozzarella, basil, oregano, garlic oil, Pecorino Romano and tomato sauce. A limited number are made each day.

The Grandma pie is sold by the slice with traditional pies like the “NOTORIOUS BLT” (heirloom tomatoes and bacon on a white pie, finished with ranch-tossed shredded iceberg lettuce) and simple Margheritas.

A few salads, cannoli, beer and wine round out the simple menu. Pizza, it seems, is king here.

Delivery is not available, although “we tried it and failed miserably,” Rivera says. “We had the right intentions and we were doing our best.” Instead, they rely on third-party delivery services that hire more drivers.

“We add a convenience charge to the customer so we make some of the fee back that the service charges us,” Rivera adds.

Complacency is also not on the menu at Scottie’s. “My main goals for the kind of pizza place I wanted to have  (were) I wanted to have the kind of work environment where it was full of passionate pizza people,” Rivera says, “and constantly analyzing our efforts and working to improve our pizza every day. We’re constantly dialing it in. That’s the cool thing about pizza. You’re always trying to make the perfect pizza, and maybe you do have a pizza you make every now and then and you’re like ‘Ah! That’s the one!’ and it’d be great if you could do that every time, but there’s always something you could pick apart. In the 10 years I’ve been working in pizza, the perfect pizza doesn’t exist. You just try as best as you can to get as close as you can to that perfect result.

“To me, pizza-making is a constant journey, and I think that’s the way a lot of us look at it here. Because of that, we never assume we have our pizza perfectly dialed in. We can always be better, and we’re always thinking about what we could do better.”

That attitude is applied to “everything we do here,” Rivera says, adding that they’re not just making pizza but serving the community as well.

One of the most innovative programs Rivera implemented is a pay-it-forward that allows customers to buy extra slices. They put a note on a corkboard and folks with no money can grab a free slice. We saw it in action –– it’s discreet and much needed in Portland, where the homeless population has increased in recent years. They also leave boxes of leftover pizza on the doorstop at the end of the evening rather than toss it.

Rivera admits he was nervous before his oven even arrived. “I asked Amy: ‘What if our pizza is not good?’ That’s real. That gives me chills just remembering that feeling. What if the pizza’s not good and people don’t like it and nobody wants it? Then we’re done. We just lost everything. It’s wild to look back on that moment, too, because here we are three years in and we can’t make enough pizza. We don’t have enough space to store all the dough, sauce and cheese that everybody wants every day.”

Transparency with his employees is key, which includes benefits and healthcare. “I’m spending all my time right now documenting all our procedures, making sure all our recipes are up to date, putting a lot of structure in place so that everybody here knows what we’re doing, how we’re doing it and why we’re doing it.”

Why focus so much on systems? Moving to a larger spot is forthcoming. “There’s a lot of work that goes into that,” Rivera says. “It’s taken this long to get ready. Right now, I finally have the time. I don’t have to be here making all the pizzas.”