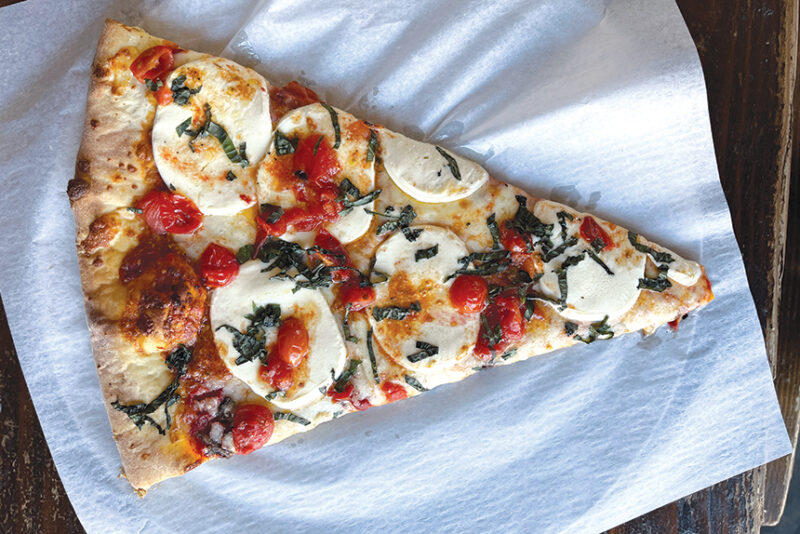 acci Pizzerias dot the greater Chicagoland area. The original Bacci location was opened in 1996 in Chicago’s Little Italy by Pasquale Di Diana’s aunt and uncle. “My father’s first Bacci Pizzeria was in 1998,” Di Diana says. “So, 1998 I was 13 and that was my first job.” 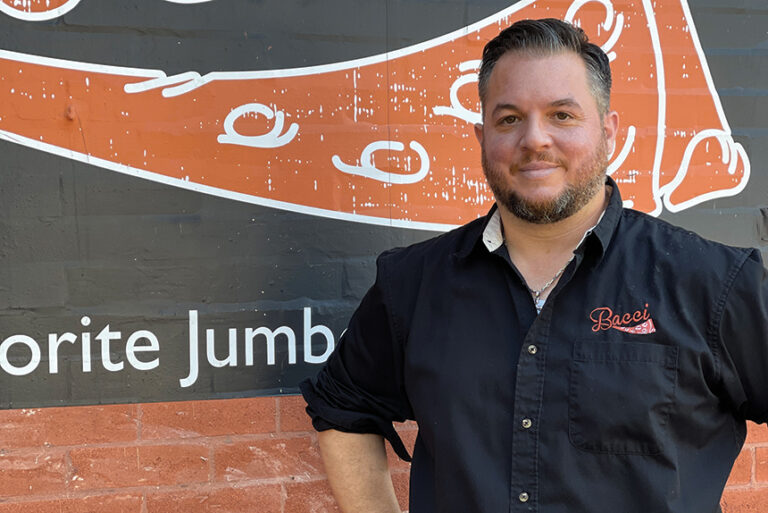 Starting in the business so young, Di Diana grew up with Bacci employees and it’s something that has helped him manage a large team. “So, a lot of us kind of grew up together in the industry,” he says of his team, many of whom have been with Bacci for many years. “We all met, none of us had families, now, we all have families.”

Bacci is a quintessential family business. “My family, we are just a hard-working group of people,” he says. “My father and my uncle, they got into this business not really knowing the business, so they had an opportunity and what they did to succeed was they worked all the time and they learned as they went. I think that has been ingrained in me. That is what gravitates people towards me is that attitude to work. They know I’m not going to ask them to do something that I haven’t done myself. I came from the bottom up.”

The respect and culture Di Diana has built helped Bacci get through unprecedented times. “That really helped us during the pandemic when we knew we had a job to do and let’s just figure out how we are going to do it,” Di Diana says. “There were times when I was ready to close and do partial hours but my guys were like ‘let’s figure it out.’ They say circumstances either bring out the best or the worst in people. It brought out the best in us.”

Di Diana credits the Bacci team. “Luckily, we have warriors working for us,” he says. I call them warriors because they are.”

Bacci is a mixed concept of express counter-service and sit-down restaurants in metropolitan neighborhoods and districts and suburban communities.

The pizza company is known for its original jumbo slice. The legendary slice has only gotten larger over the years. Today, a 30-inch pizza is cut into eight slices. “At first it was a 20- to 22-inch cut into six and then 24-inch cut into eight,” Di Diana says. “Once we figured out how to make it bigger and streamline it, that was the most important thing because we do such high volume on these.” 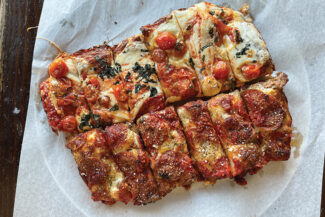 “We also do your Detroit by slice, then we do a Sicilian by slice as well,” he says. “Over 90 percent (of the slice business) is the jumbo slices.” The pizza menu also features stuffed pizza and Chicago-style pan pizzas.

Though the menus vary slightly depending on location, Bacci has a full menu of starters, sides, sandwiches, pastas and desserts. “Our pastas are really taking off. We have our build your own pasta bar,” he says.

In the fall 2021, we met up with Di Diana at the Lincoln Park store, one of Bacci’s hardest hit locations due to the pandemic.

With more than a dozen stores, including Di Diana’s six, Bacci needed help in 2020. “We got some help from the government that kind of helped stabilize everything. For me as an owner and operator, personally it was let’s make sure everyone else gets paid and keep these lights on and it will be back to where it is now.”

Like many other operators, the pandemic forced Di Diana and family to reevaluate the business and its growth. “We’ll look at numbers and operations and leadership,” he says. “It forced us to make so many hard decisions because I’ve never been a numbers guy. I always respected the numbers, and the numbers are so important. Why are we here if we can’t profit? But it was always ‘let’s do the best we can, and the numbers will follow whether it takes a year or two. I’m not really worried.’ But long-term this is the blueprint if we do things right, everything is going to be ok.”

Di Diana is rethinking the growth strategy he has set in place. “With Bacci what we’ve figured out, especially through the pandemic, is what works and where we could be potentially vulnerable,” he says. “Any expansion in the future is going to be the stores that we okay that this model, that this store, works. Not that I think we are ever going to have anything like COVID, but we also understand that if COVID can’t break something then nothing else is going to be able to break it, right?” 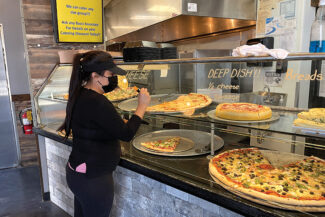 A key decision was to relocate the Bensenville store, which struggled during the pandemic in its downtown location. “When that lease expired, we chose not to renew it and we moved into a different part of town with higher traffic farther from the downtown and we are doing a lot better there than we ever did downtown,” he says.

Even with a turbulent 2020, Di Diana says 2021 rebounded better than expected. “Overall, we are on pace for 2021 to probably have our best year,” he said last fall.

“I think what a lot of people do too now is COVID forced you to adjust the way you do business,” he says. “So now you are taking so much more of a harder look on so many things and you are improving your operation and trying to be more efficient with less people.”

In a time when hiring has become a scarcity, Di Diana says it’s been challenging. Whereas Bacci used to receive 40 to 50 applications, that number has dwindled to four or five.  But Bacci has been able to maintain by shifting employees and leadership between locations. It’s a shift that he sees will continue — hiring staff with a license that can work at multiple locations.

As Bacci continues to grow and thrive, Di Diana reflects on the keys to restaurant success. “I think it’s going back to the basics,” he says. “With the Internet, there are so many things you can do. You can get so far ahead of yourself with things. If you don’t master the fundamentals first, I don’t care how much data you can retrieve, no successful restaurant that I know of doesn’t have quality, service, cleanliness and then you have to do it consistently, which is the fourth. If you can’t master those, it’s going to be pretty hard to be successful. And then revisit that.

“At some points this is a 24-hour operation. Everything moves so fast in the restaurant business. It’s easy to miss stuff or get diverted in your intention. I have these things plastered in front of me every day so that I know no matter what is happening, no matter what the project is, we have to look at these three things all the time and I need to make sure everyone else understands that as well.”

Finding success young, Di Diana says, it can be easy to forget what it takes. “You have to stay humble,” he says. “You have to remember what got you there in the first place. I see it in the restaurant business a lot and I’ve made the mistake, especially when I was younger and first had a little bit of success. And then you take a couple steps back and then you just anticipate it every time, forgetting that it’s really, really hard to be successful. I’ve got to work at it every day. What do I mean by work? It’s not physically working in there every day — although that’s not a bad thing, either, for any operator … but it’s also whether it’s seminars and education and learning, trying other places, and trying different things. You have to constantly, constantly work.”