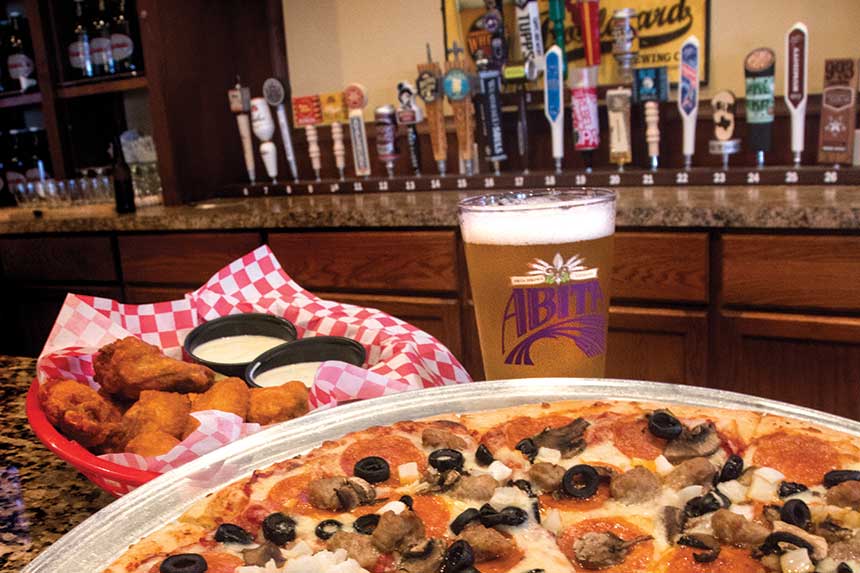 Pizza Italia ushers in a new decade in San Antonio

When Terrance Basone opened Pizza Italia in San Antonio, Texas in 1987, reaching his customer base looked a lot different than it does now. There was no Facebook or Google, and he will be the first to admit it’s not his forte. It was all about direct mail and box toppers.

During a Pizza Today visit in July, Basone chuckles as he pulls a flip phone from his pocket. “Don’t laugh,” he says. That hasn’t stopped Pizza Italia from tapping into the social arena. The single-unit pizzeria has dabbled in digital marketing. But it hasn’t been a focus for the shop until recently when he enlisted consultant Kim Beechner to elevate Pizza Italia’s online and social prowess.

After 30 years, Basone says: “My concept is still evolving. That’s one reason why I brought Kim on board.” He has a knack for identifying areas of growth at Pizza Italia and mobilizing those inside and outside the business to enact strategies. “The key is to listen and observe what people want and don’t want.”

Pizza Italia already captures multiple markets with its diverse menu mix, combination of communal, low- and high-top table and booth seating for 120 and an extensive craft beer list. Basone and Beechner aim to showcase those more in the social landscape.

“We are in the very preliminary stages right now of planning everything out,” Beechner says of social marketing plan. “Our angle is focused around promotional strategies and highlighting key items in house, and really telling the story of Pizza Italia because it has been a San Antonio staple for so long. Football is coming up, and football is huge in Texas. That’s where our focus is going to be on a month-to-month basis — around promotions that make sense for the season, and then also highlighting the food over a course of time. Things that make it unique to our city.”

Basone says his marketing budget has increased to target social media in addition to its 2,500 door-hanger blitz three times a month.

Beechner adds: “We will incorporate in Facebook and Instagram ads because, like I was telling Terry, you have to give a little to get a little. We’re also going to do more PR approach.”

While they enhance the digital component, Pizza Italia continues to thrive, built on the pizzeria’s strengths in menu development, a growing beverage program, delivery and its people.

A new seasoned fries appetizer is scheduled to roll out this fall. “I am adding fries because it is a lower cost item that I can bundle with pizza when I do coupons and then I don’t have to discount the pizza,” Basone says.

“I don’t add a huge amount of news things,” he continues. “What I do add, I try to use the same items I’m already using, so 99 percent (of the time), I am not bringing in completely new items. When I added some new salads, I added walnuts, cranberries (and) feta — nothing earth-shaking, and I do use some of those toppings on the pizza, too.”

At 38 percent of its sales, delivery is a vital component and all deliveries are handled in house. “Right now I am not a fan of the third-party (delivery),” Basone says. “You cannot control it. We do not — knock on wood — have any trouble delivering ourselves. And we can control it and get feedback better. The food, we can control that it is going from point A to point B.”

With delivery so important to the business, Basone says during a shift there may be up to three other employees cross-trained to handle delivery.

In fact, many of Pizza Italia’s 50 employees are cross-trained. With the volume the shop does on busy nights, it can get chaotic, but the crew functions as a family with a lot of different personalities. Basone, a hands-on operator, says he may not be an easy boss, but he strives on being fair.

Pizza Italia has generated quite a following for its beer list. The bar features 30 taps with a nearly 70-percent focus on regional and Texas beers, in addition to liquor and wine. Basone says they will add wine on draft soon.

The large dining area is divided by a row of tall refrigerated display cases housing its bottled and canned beer (available for dine-in or carryout).

Pizza Italia sits on a prime corner of a commercial center with frontage to the heavily traveled Thousand Oaks thoroughfare.

The pizzeria is in its third location since its inception.  Pizza Italia moved into its current storefront in 2009 after a fire forced Basone to close a previous location. It was then that his mother Betty retired. She had managed the restaurant for Basone since the beginning.

Basone, who also owned other restaurant and real estate ventures, became a hands-on operator, but he has always been a behind-the-scenes guy. “My key to success is I didn’t have to depend on this for income,” he says. “Now it’s just the opposite. It is very income driven. But years ago I didn’t have to live off of it.”

Basone is in the pizzeria open-to-close four days a week. “I do this because I like to do this,” he says. “I like to come to work.”