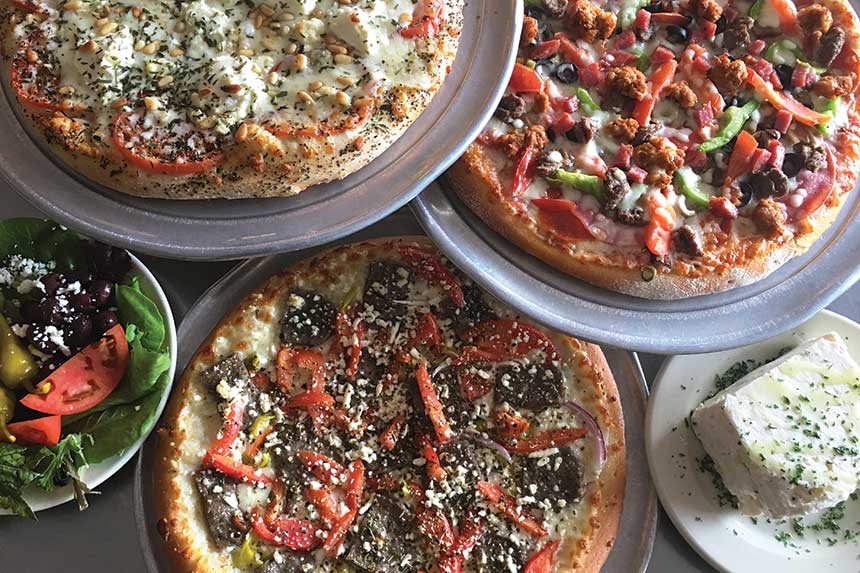 Few pizzeria owners have reached the pinnacle of success that Gus Nassar has with his San Antonio-based Rome’s Pizza. The gourmet pizza company pioneered the pizza style in the San Antonio area 30 years ago. Today, four Rome’s locations dot the metro area.

When Nassar opened the first Rome’s in 1986, gourmet pizza was new. There was a bit of an educational process and sometimes persuasion to get customers to try non-traditional toppings. Those days are long gone as the community has accepted and expects gourmet items. And Rome’s continues to deliver on that promise.

This summer, Pizza Today sat down with Nassar and General Manager Mona Robinson at the DeZavala location for a candid conversation.

The keys to Rome’s longevity have been menu selection, employee training and procedure modification, adapting to economic and demographic shifts and adjusting to marketing changes.

Being in business for so long, it can be easy to fall into a rut, but Nassar and his team work diligently to remain top of mind with customers. Stores are updated every five years to reinvigorate a fresh face on the decades-old concept.

Nassar constantly evaluates the concept, its efficiencies and areas of improvement for continued success. Recently, he condensed Rome’s menu, removing a few items from each category that actually helped address a labor concern. He noticed that Rome’s was experiencing issues with employee training.

“The labor force was really giving me a dilemma,” he says. “What do I do when someone comes in and instead of two or three weeks (training) I give them, it takes them six to eight weeks? I know that, being in this industry for 40 years now, you condense the menu. You reduce the ordering time. The customer doesn’t have to look at more items. The cashiers will learn faster and then take the order faster and then the kitchen, instead of having a ticket of seven items, they have six items. It’s just much better and faster.”

Amidst his business success, Nassar says the road has been lined with uncertainty. Like many restaurants, the U.S financial crisis of 2008 hit Rome’s Pizza hard with some products rising as much as 200 percent. It was a cost that Nassar could not pass to the consumer. “So instead of the four to six percent (price) increase you (normally) do, you do six to eight percent, but it’s not enough, so your margin kept shrinking. We stabilized around 2011 or 2012.

In the middle of Rome’s rebound from the economic collapse, Nassar found himself in a bad lease deal in a newly opened commercial center that went bankrupt and remained in limbo until Nassar closed the location.

That perhaps sparked his next venture. He partnered with his brother-in-law to build a commercial center and opened a Rome’s in the complex in 2015.

With a mix of four company-owned and franchised locations, Rome’s stays relevant in a changing restaurant landscape by forecasting and investing in digital marketing. “Most of it is trial and error in a lot of ways in terms of making observations about what is fashionable (and) what is exciting in the food world and trying to apply that in a way that your customer base will still enjoy and knowing who your customers are. I think those are important,” says Robinson, who has been with Rome’s since 1997.

Nassar and Robinson see growth opportunity tapping into the Millennial and youth markets. A major component is adapting to technology advancements that are naturally ingrained in the Millennial market. “If you don’t get on with the game, you’re going to be a dinosaur,” he says. “For most of the Millennials, location doesn’t really matter with UberEats and all of these guys. The appeal now is electronically. It’s not on TV. It’s not radio. It’s not the paper, It’s not the coupon.

“Before, it was easier. You just had to come up with a great menu item or a great pizza and you got success. Now it’s a science. You have to know how to target it. In the older days, we did position ourselves very well. We differentiated ourselves very well. But now that’s not enough. You have to almost multitask positioning. You have to know where you are at with the Millennials and with the seniors and with my age group — the 50 year olds. It’s a completely different market.”

Offering online delivery and embracing third-party delivery has introduced the concept to Millennials, as well as provided a bump in sales.

“Anything and everything we can do to get ourselves out there. That’s what we have to do to stay relevant,” Robinson says, adding that she sees positives with online ordering and third-party delivery. “We can’t just rely on people walking through the door.”

Nassar also views third-party as a win-win for name recognition and direct sales.

With nearly 28 percent of Rome’s sales generated from delivery, Nassar negotiated with his contracting third-party services to have Rome’s deliver its products, which capitalizes on its established delivery program and helps control pizza quality.

As Rome’s works to establish a foothold in a new market, there is one thing that Nassar and Robinson say they are not tampering with — Rome’s product. “No, no, no, we stay right here because that is our product,” Nassar says. “Cheese and flour, no, that’s not changing.”