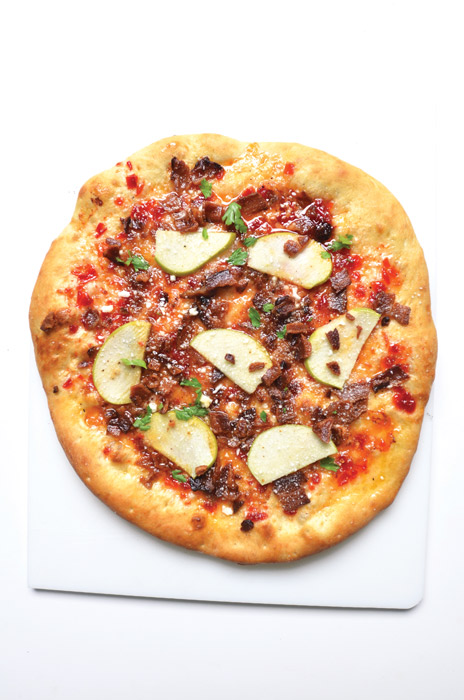 You probably know the phrase, “You’re only as good as the people around you.” That’s because it’s true. I surround myself with great managers in all my pizzerias.

In the next couple of editions of Building Blocks, we’ll examine the types of managers, supervisors and shift leaders any pizza shop needs to succeed. We can start with the steps I took in building my first team.

In the beginning, when I opened my first restaurant, we gave a key to anyone trustworthy, just so we could get a break from the strenuous work of operating the shop. Soon, I found myself with about five great employees, or “keyholders.”

Granted, their skills varied, and some were better at the job than others, but the biggest problem was no one knew who was really in charge after myself, which led to some confusion and infighting. To add some structure, I needed to create job titles and actual positions.

Up first: Who was my number one, or the employee who outranks everyone but me? I felt it was important to name this person the General Manager (GM), because I had worked at a pizzeria where the owner was the GM, and for years I was the Assistant Manager (AM), despite essentially doing the work of a GM. I eventually left for another shop where I could get the title of GM. (If that owner would have put his ego aside and named me GM, my pizza journey would have been much different.) My most talented and trusted employee was the natural choice for GM, so after naming him as such, I confided in him and picked his No. 1 — or, my No. 2 — to be the AM.

At that time, I was already paying all the keyholders differently than each other based on skill sets, so pay raises weren’t as necessary as titles that showed proper respect for their roles. We outlined specific duties and explained the “pecking order” in clear terms, and everyone was pleased.

We still required two more management positions. Looking at the store’s hours, we were open about
120 hours per week. So even if the GM and AM were putting in a 50-hour workweek, there remained shifts that needed a manager. The rank-and-file staff had to know who was in charge during these periods.

So, I named a Kitchen Manager and a Shift Leader. Both are considered management-level positions, even if the Shift Leader is lower on the organizational chart — and the word “manager” is left out of the title intentionally. Normally, the Shift Leader is a younger, but responsible and promising, team member who can open or close the store on their own yet has other commitments like school or sports. Meanwhile, the Kitchen Manager position is reserved for someone who is all-in, committed to the success of the store and has future AM or GM potential.

With my management team in place and the restaurant growing, the next step was to define roles more clearly, beyond just a conversation. It was time to clearly write job descriptions — and that’s what we’ll tackle in the next Building Blocks.