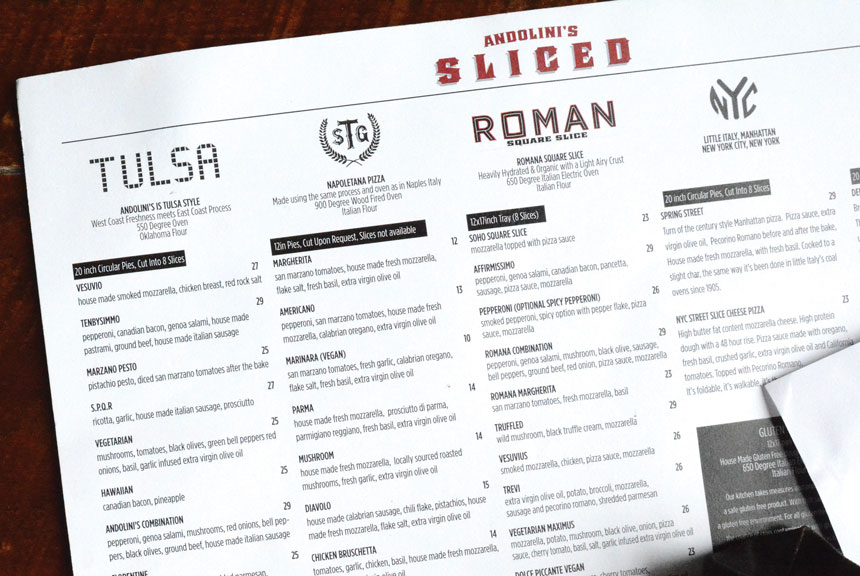 Man on the Street: “The Power of Words”

Man on the Street: “The Power of Words”

I’m done with the word “good.” I hear it every time I ask people what kind of pizza they like. They say things like “I want a good sauce,” and “I like a really good crust,” but I have no idea what they mean. Everybody has an idealized version of the pizza they like, but unless you can read minds you’ll never know what defines “good” to a customer. That’s why I’m proposing we actively expand the vocabulary of pizza consumers as a method of increasing the likelihood they’ll love your food.

Believe it or not, normal people don’t understand physics. When you brag about the incredible heat of your wood-fired oven the uninitiated expect their pizza to be thin and crispy, exactly the opposite of the soft crust they’ll get. If you’re making Neapolitan pizza or something like it, you might want to pair impressive stats about your oven’s extreme temperatures with words like soft, charred, chewy, pliant, pillowy, supple, and gentle. Don’t let your customers be disappointed just because their expectations weren’t met. Set accurate expectations for them.

Printing “Best Sauce in Town” on your menu doesn’t help anybody know what flavors to expect. Using words like savory, zesty, robust, herby, chunky, simple and fresh gives your customers a better idea of what to expect. Dani’s House of Pizza in Queens is loud and proud about their sweet sauce, going so far as to print “#sweetsauce” on the back of their t-shirts. If someone hates sweet sauce, they’ll have ample warning. If you communicate your product properly, you’ll have fewer people writing negative online reviews about something they dislike that you see as a feature.

One word I’ve been seeing a lot lately, particularly at Neapolitan and Roman pizzerias, is “digestible.” Ignoring the science behind the claim that one pizzeria’s dough is more digestible than another, it’s a word that confuses pizzeria customers. I see it printed on pizza boxes and menus, but since nobody expects pizza to be indigestible, seeing it in use at a pizzeria provides confusion instead of clarity. If anything, it casts some doubt about other pizzerias but doesn’t do much to elevate the profile of the one using it. To convey the same idea, you can use words like light, fresh, and luscious. Even better is the word fermentation. Fermented foods like yogurt, kombucha, and kimchi are trending hard right now because of their health benefits. You can maximize that momentum by calling out the fact that your dough is a fermented product. That conveys the same image as “digestible” but with a lot more finesse and clarity.

There’s plenty to say about your pizza that’s both marketable and accurate, but you have to be honest rather than hyperbolic.  Since everybody’s claiming to be “the best in town,” you’re better off using words as a means of educating your clientele. This is particularly important for those serving a unique or unfamiliar style of pizza. Providing your customers with a vocabulary that accurately describes your pizza will give you control over their expectations. If you use objective descriptions instead of broad terms and subjective claims, more customers will connect the dots between your marketing savvy and your food’s reality.