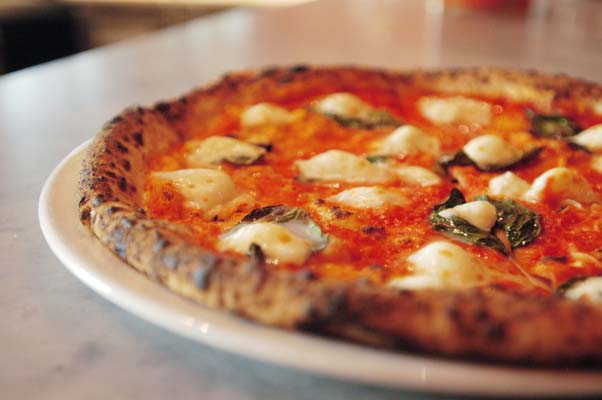 Respecting the Craft: Know your demographic

Respecting the Craft: Know your demographic

When I opened Pizza Rock II in Las Vegas, I tailored the menu very much like I did in the first store in Sacramento. However, I did add a few new styles. You see, I have a restaurant in San Francisco where my Neapolitan line is the busiest and my Margherita pizza is the most popular overall on my menu. I remember a discussion I had with my partner, George, about the Margherita and how it was his favorite. At the time, we were building our first Pizza Rock in Sacramento and I told George that I doubted the Margherita would be our most popular there. In fact, I predicted that the Neapolitan line in Sac could be the slowest of our pizza styles. He said I was crazy.

“It’s the best pizza in the world, and it has the trophy to prove it,” he quipped.
I told him that not everyone gets it, that Sacramento is a meat and potato town and our combo would be the most popular. And for that reason, on our menu I called it “The Sacramento.” As it turns out, I was right.

So as we were building Pizza Rock II in Las Vegas, I followed the same philosophy. I added a Chicago Cracker Thin as well as partnered New York/New Haven and added them to the top of my menu. It was my belief that downtown Vegas was not looking for the unique pizzas that were more out of the box. Like Sacramento, that part of “Sin City” is much more traditional. So as we designed our menu I focused lightly on my Neapolitan section and gave more weight to our other lines. Even though areas like Sacramento and Downtown Las Vegas are not suburbs, they are still what I would call “semi-metropolitan” areas. With places like this, good, old-fashioned pizzas remain a grand slam not only with customers, but with critics and bloggers, too.

And since it’s about value in places like this, my Sicilian style pizzas (that can feed up to six) have been a hit as well. In fact, some of our most requested pizzas simply have pepperoni and sausage as toppings. That’s what people want and ours is as good as it gets.

In Las Vegas, I also added a New York-style slice kitchen and window up front to satisfy sidewalk traffic, long waits, and late night drinkers coming out of the local bars. It brought in an entirely different clientele. Patrons who don’t like to sit in restaurants, those who may be anti social, folks who hate waits, people in a hurry and customers on their way to work all like the convenience and affordability the slice window offers.