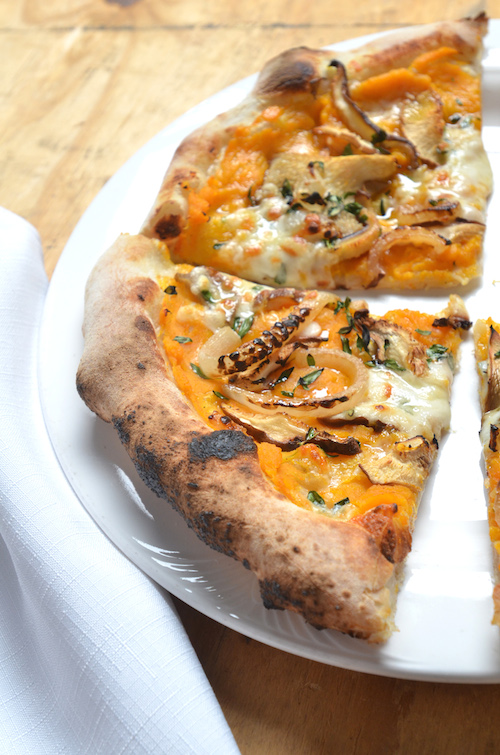 Dough Doctor: The Long and Short of It

Dough Doctor: The Long and Short of It

Q: What is the difference between using shortening and oil in pizza dough, and does it make a difference if the shortening is melted?

• Dough mixing. We have all heard of how humidity and weather affects the amount of water we need to add to the dough. Research that we conducted a number of years ago showed this not to be true, so what was really happening to cause us to associate weather to dough absorption?

We found that when oil was used in the dough it was common to add it along with the water. As we all know, the oil separates from the water almost instantly and floats to the top of the water where it comes into direct contact with the dry flour. The flour now absorbs a portion of the oil, rendering it incapable of producing gluten during the dough mixing process or through biochemical gluten development. This is why we make a roux of flour and oil/fat to thicken gravy because if we just used flour alone the water content of the stock base would hydrate the flour proteins allowing for gluten development while stirring the gravy, resulting in a stringy texture to the gravy.

When gluten is not formed, the flour cannot absorb as much water and the dough is less elastic after mixing, giving the dough the appearance of having added too much water. One might say, “But I’m sure I added the correct amount of water. Maybe it’s because it is humid or raining outside today that has caused the flour to require less water?” I think that’s how it all got started, which we now know isn’t the case at all.

So what are we to do? The answer is to use what we refer to as the delayed oil addition mixing method. By this procedure the oil is not added to the dough until the flour has had a chance to hydrate. This usually takes about 2 to 2½ minutes beginning with the onset of mixing. A visual examination of the dough will confirm that there is no more dry, white flour present in the mixing bowl. At this time, the oil should be added and mixing continued as normal. This procedure has proven to give more consistent doughs not only at the pizzeria but also in large commissary operations where dough weights range from 800 to 2,000 pounds.

When shortening (semi-plastic fat) — which might include butter, margarine, lard, etc. — is added to the dough, it can be added right along with the other ingredients since it is not necessary to delay its addition due to the fact that shortening is not readily absorbed into the flour. If the shortening is melted it will now perform like an oil with regard to absorption into the dough and it must be added by the delayed oil addition method.

• Dough consistency and performance. Since the viscosity of oil really doesn’t change when it is added to the dough, it will influence the dough viscosity in much the same way as water, making it more fluid or softer. Because of this, some erroneously believe that the oil should be included as part of the dough absorption. This is incorrect as the absorption value is indicative of the ability of the flour to carry water, not oil.

With this said, the amount of oil added to a dough formula must be balanced against the amount of water being added to achieve a desired dough viscosity. Keep in mind though that the oil, if properly added, will not be absorbed into the flour proteins to assist with gluten development. Instead, it will only contribute to the lubricity/softness of the dough, hence the dough will become softer with the addition of oil than with the addition of water. This is why we can’t include oil in the dough absorption value. Semi-plastic fats on the other hand maintain their crystalline, semi-plastic characteristic and don’t exert the same dough softening effect as oils do. This is a major reason why when high fat levels are desired in a dough formulation, semi-plastic fats might be a better alternative to using oil.

For these same reasons, we have found that shortening works better than oil when making thick crust or deep-dish pizza. In this case the shortening helps to lubricate the dough for ease of expansion, it coats the cell walls within the dough for improved gas retention and the crystalline nature of the fat helps to strengthen the dough as it rises/proofs prior to baking.

• Finished pizza crust. The type of fat used in the dough can also impact certain characteristics of the finished crust in specific applications. For
example, in a DELCO (delivery carry-out) application, the use of oil in the dough tends to produce a crust at the consumer level with slightly more tender eating properties than one made with shortening/semi-plastic fat which tends to be a little more tough or chewy. In a dine-in application where the pizzas will be consumed soon after baking, there does not seem to be a noticeable textural difference in pizzas made with either semi-plastic fat or oil.